Bulgarians will vote on 26 March in snap general elections. EURACTIV explains the elections through the eyes of a party leader who is hoping to pass the 4% threshold and win seats in the 240-member National Assembly.

The elections were triggered by the decision of former centre-right Prime Minister Boyko Borissov to resign after his candidate was badly beaten in the presidential election run-off by Rumen Radev, the socialist candidate (BSP).

Radev appointed a caretaker government and called the early elections for 26 March.

Opinion polls indicate that Borissov’s GERB party and the BSP, led since May by Kornelia Ninova, are neck and neck with about 27% each, but neither can govern without cobbling together a difficult coalition.

Bulgaria’s Socialist Party (BSP), the biggest opposition party in the Balkan country, chose a new leader yesterday (8 May) with the task of winning back disaffected voters and pushing for an early general election.

EURACTIV spoke to Konstantin Prodanov, the leader of the ABV party, founded by former President Georgi Parvanov (2002-2012), the only head of state in modern Bulgaria who succeeded in securing reelection.

Prodanov, 39, took over as leader from Parvanov on 15 January. An economist by trade, he studied in Tokyo and has worked for Western banks.

As the campaign has not yet started, opinion polls credit ABV a little over 1% of the vote, but Prodanov believes his force will be able to pass the 4% barrier.

After the interview was conducted, on 3 February ABV merged with ‘Movement 21’, a small centre-left force  led by Tatyana Doncheva, which is polling between 1 and 2%.

As the main opponent of ABV, Prodanov thinks that the seven years of Borissov’s GERB rule was “lost time” for Bulgaria.

“Ten years after Bulgaria joined the EU, despite my enthusiasm and those of the Bulgarians, statistics show that a vast majority has not benefitted from the membership, and inequalities are getting deeper,” he said.

In comparison, the trend in the EU has been in the opposite direction, including in Romania, which joined together with Bulgaria in 2007, he explained.

According to Prodanov, the ten largest companies in Bulgaria, whose turnover is equivalent to one fourth of the country’s GDP, have lately paid only 0.2% of corporate tax. Also, EU funds for Bulgaria get channelled into the pockets of the local oligarchs, he added.

“Six percent of the farmers obtain roughly 80% of the EU agricultural funds. But production gets exported immediately, without any added value processing activities”, he said.

Prodanov said cohesion funds were used mainly for building motorways, while some regions, such as north-west Bulgaria, which is the EU’s poorest, was completely neglected.

As a result, he said the brain drain was threatening “to turn Bulgaria back to the middle ages”, because wealthier countries gladly accept the qualified workers, but returned those without any skills.

“Borissov’s governments never did anything to address those issues, they didn’t even mention those problems,” Prodanov said. “Statehood has eroded tremendously under his rule, corruption has reached unbelievable levels, everyone is aware that public tenders are corrupt, and nobody tries to bring those responsible to justice,” he added.

No celebrations for Bulgaria and Romania’s EU's 10th anniversary

Bulgaria and Romania joined the EU on 1 January 2007. On 1 January 2017, no celebrations were held marking their tenth accession anniversary, confirming that EU enlargement is no longer fashionable.

As BSP and ABV are competing for the same electorate, EURACTIV asked Prodanov to explain what the differences between the two centre-left forces are.

Prodanov said that BSP claimed to be centre-left, but “day after day” were making concessions, abandoning traditional centre-left causes.

The latest, he said, was that BSP gave up changing the flat tax of 10% which applies across the board in the country, and which favours the rich. The position of ABV is that the flat tax should be scrapped and that progressive income tax should be introduced instead, exempting low incomes.

Unlike BSP, ABV was in favour of a deeper reform of Bulgaria’s tax system, which in Prodanov’s words was “the most anti-social in the EU”, as it was too much based on VAT and excise, burdening the poorest of the population.

Another difference Prodanov identified between BSP and ABV is that although both forces aimed to achieve a greater participation of the state in the economy, BSP saw it as transfer of public funding to poorer regions, while ABV wanted to financially assist sectors with high added value, where Bulgaria has comparative advantages and historic traditions.

In all elections since the fall of communism the Movement of Rights and Freedoms party (DPS) founded by Ahmed Dogan, whose members are mostly of Turkish ethnicity, has obtained good results and has been present in all parliaments. DPS has been in alliance with BSP in the past and in opposition during GERB’s years.

“As a social-economic vision, I don’t think we have too many common points with all these forces,” Prodanov said.

Polls credit DPS with some 8%.

A variety of small parties consider themselves the heirs of the “authentic centre-right” after the collapse of socialism. Their last configuration was an umbrella called “Reformist Block”. The Block supported Borissov’s cabinet, but also constantly blackmailed him. At the last parliamentary elections they obtained only 8.9%, but were given more ministerial posts than GERB, who got 33% of the vote. This time polls credit the Reformist Block some 4%.

Prodanov said the various factions were unlikely to come together. At least they could make such effort for the election, before splitting and fighting among each other again.

“Unfortunately, their problem is that 27 years since the fall of communism, they are unable to find any other political idea except anti-communism. Also, they are so absorbed in their exclusivity, they are so radical against everybody else, than I see no big perspectives for them,” Prodanov said.

The new ‘seller of illusions’

Businessman Vesselin Mareshki is expected to be the new populist phenomenon in the coming election. Mareshki owns a chain of petrol stations and pharmacies and succeeds in selling fuel and medicines at prices well below the rest of the competition.

He voices anti-monopolistic messages, which many Bulgarians support. Opinion polls credit him 8-9% of the vote at the moment.

“Mareshki is the new seller of illusions,” said Prodanov, who highlighted previous political projects similar to his, the latest being of former journalist Nikolay Barekov, who is now an MEP.

“Unfortunately, Bulgarian society is vulnerable to such kind of illusions, but on the positive side, the lifespan of such projects is shorter and shorter,” he said.

A completely new force will test itself at the election, the Yes Bulgaria party, led by former Justice Minister Hristo Ivanov. He was a minister under Borissov until his resignation in December 2015 after parliament watered down changes to the constitution he had proposed. 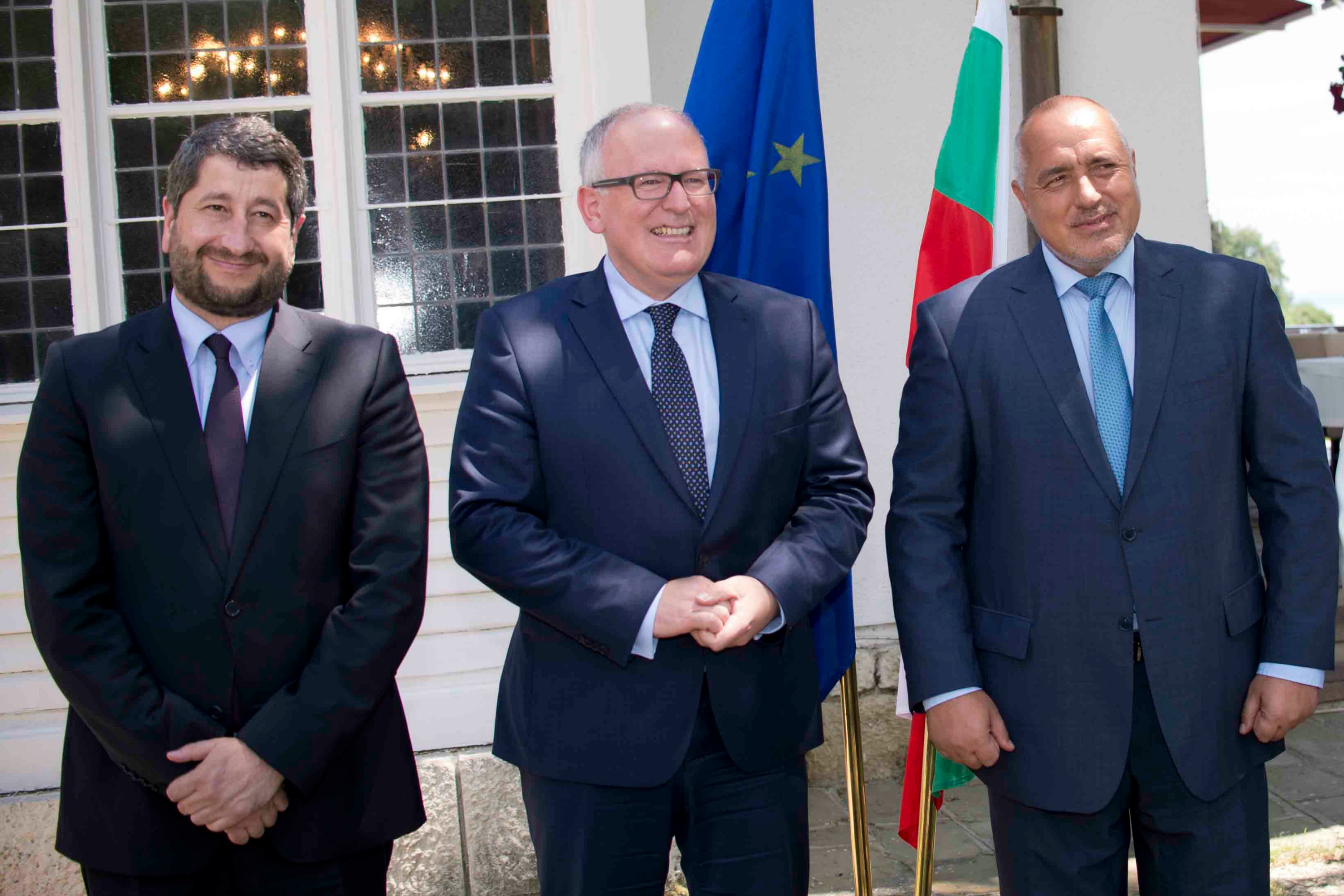 Yes Bulgaria said it aimed to capitalise on voter disenchantment with the corruption-tainted political establishment and make sure the justice system is reformed. Opinion polls find it difficult to say if this force will make it to parliament.

“To be honest, this looks to me as another attempt to resuscitate the DSB party, with a new face,” Prodanov said. DSB was the political force of former centre-right PM Ivan Kostov (1997-2001), once all-powerful, but now almost absent from the public view.

“They have identified a subject of social significance, the judiciary reform, but apart from that, they don’t have any other proposals,” Prodanov said.

Bulgaria has two nationalist forces – Volen Siderov’s Ataka and the National Front for the Salvation of Bulgaria of Valeri Simeonov. The two got close under the last parliament and supported Borissov, without asking to be represented in the cabinet. In the latest two years, Siderov has considerably toned down his extremist rhetoric. 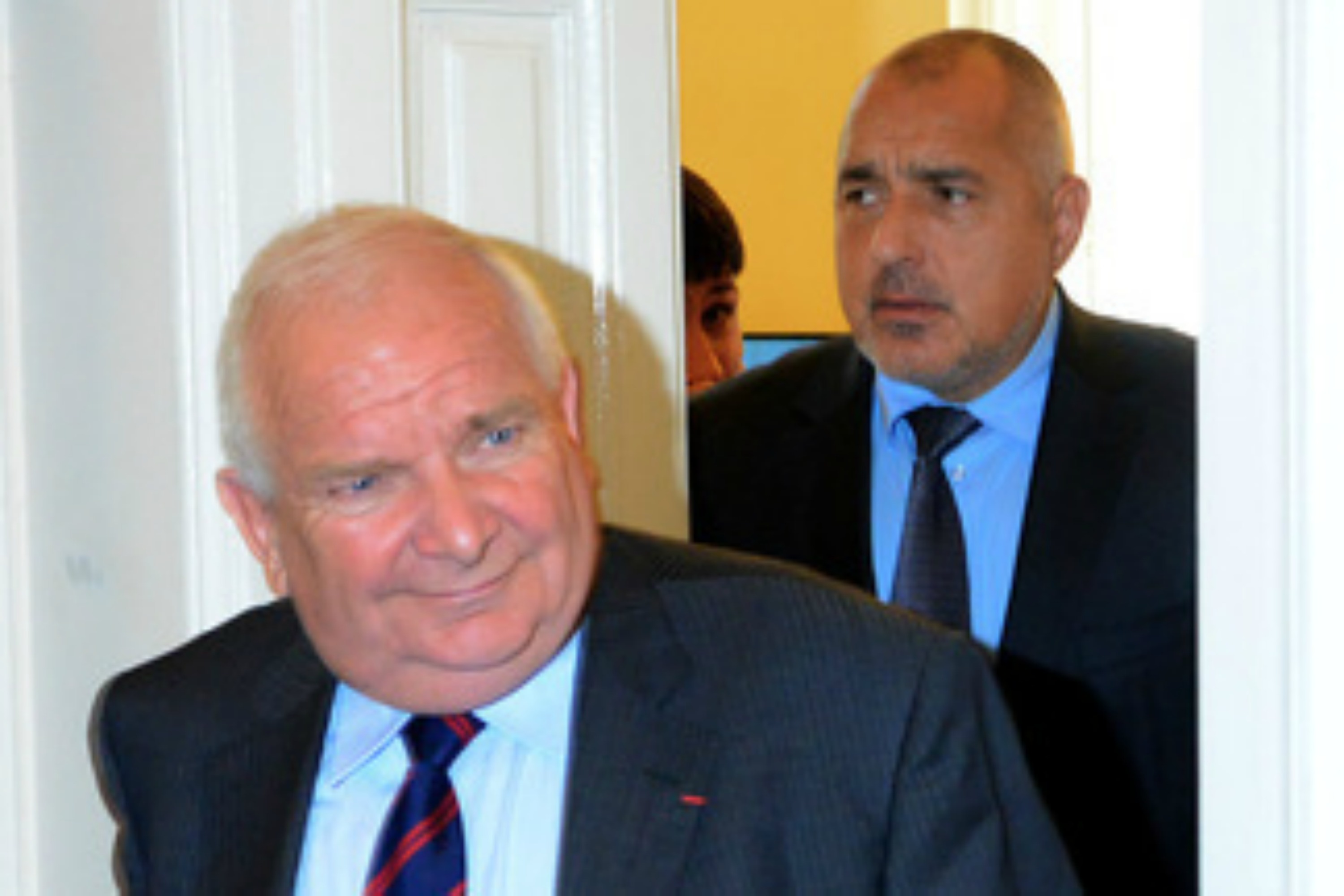 “For many years, Ataka was an openly pro-Kremlin force, but during the last couple of years they were tamed, I don’t know how, they lack flamboyance, but also lose support,” Prodanov said. In his view, apart from exploiting the refugee crisis to get some audience, the nationalists lack ideas how to reform or run the country.

The two nationalist forces are credited around 11%.

Prodanov said his personal view was that BSP and GERB were quietly heading toward a big coalition, although he said he doubted it could be based on principle, but rather on agreement for both forces to get their share of power.

“Behind the curtain of the need of stability and national unity, what will happen will be joint plunder,” he said.

This is why, he added, the role of an intelligent parliamentary opposition would be paramount, and that that would be the role of ABV in case of such a big coalition.

Prodanov said that in the EU, Bulgaria should not be afraid to use its veto power, and seek alliances with like-minded countries on specific issues. He said that one of the biggest downsides of the EU was that it applied the same standards in very different cases and was often putting a country like Bulgaria at a disadvantage.

He also said that he was afraid that the Commission’s way of dealing with the migration crisis risked transforming Bulgaria into a buffer zone where refugees who wish to make it to the wealthier EU countries will remain stranded.