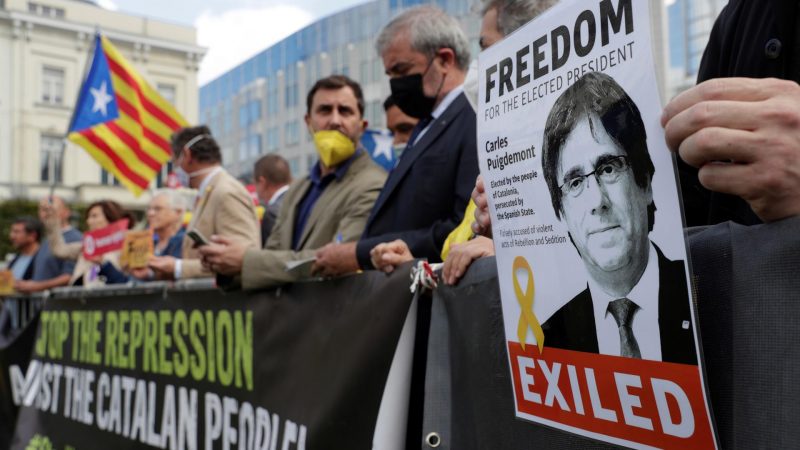 Former Catalan leader Carles Puigdemont was released on bail by a Sardinian court on Friday (24 September) after he was arrested and remanded in custody the day before as per a European arrest warrant, EURACTIV’s partner EFE reported.

The Catalan separatist leader can travel, but he must return to the Italian island for a hearing on 4 October. The Court of Sassari ruled on Friday that he was not a flight risk or security risk and could therefore be released.

Puigdemont is expected to return to Brussels on Monday (27 September), but newspaper El País reported on Sunday that he plans to return to Sardinia to testify before the judge.

His arrest at Sardinia’s Alghero airport was the result of a warrant issued by Spain on charges of sedition relating to his failed attempt to separate the Catalan region from Madrid in 2017 through a referendum. Since 2017, he has been living in Belgium in self-imposed exile.

While the Spanish government said Puigdemont should face justice in Spain, Italy’s justice ministry said it had no power to decide on neither the arrest nor the extradition of the former leader as he is under a European arrest warrant.

On Sunday (26 September), Puigdemont warned that if the Spanish State does not offer an alternative to the independence of Catalonia and maintains “the repression” of the last four years, the Catalan people will have “every right” to “exercise unilateralism” when the conditions are met.

“Unilateralism is a non-violent way, and therefore it is a legitimate way, it is a way that we are not the first to follow, it has been followed by other precedents in the world that have been endorsed by international justice,” Puigdemont told the press in the Sardinian town of Oristan, where he met with a group of pro-independence local authorities.

‘Repression’ by the Spanish state

Hundreds of supporters of the separatist movement waving independence flags gathered Saturday (25 September) in front of the Italian consulate in Barcelona to demand his release.

On the same day, the regional president of Catalonia, Pere Aragonès, lamented that “the repression by the Spanish (central) state goes on”, EFE reported.

“Today, more than ever, we need an amnesty”, he said. Aragonès visited Puigdemont in Alguer on Saturday and expressed his solidarity and that of the Catalan regional pro-independence government with the former Catalan president.

The Catalan regional executive is a pro-independence coalition forged by Esquerra Republicana (Republican Left of Catalonia, ERC) and Junts per Catalunya (Together for Catalonia, JxCat).

ERC provides essential support to the Spanish government coalition, forged by the socialist party (PSOE) and left-wing Unidas Podemos (United We Can).

Puigdemont criticised socialist Prime Minister Pedro Sánchez and said that he (Sánchez) “only wants to talk with those who provide him with parliamentary support”. 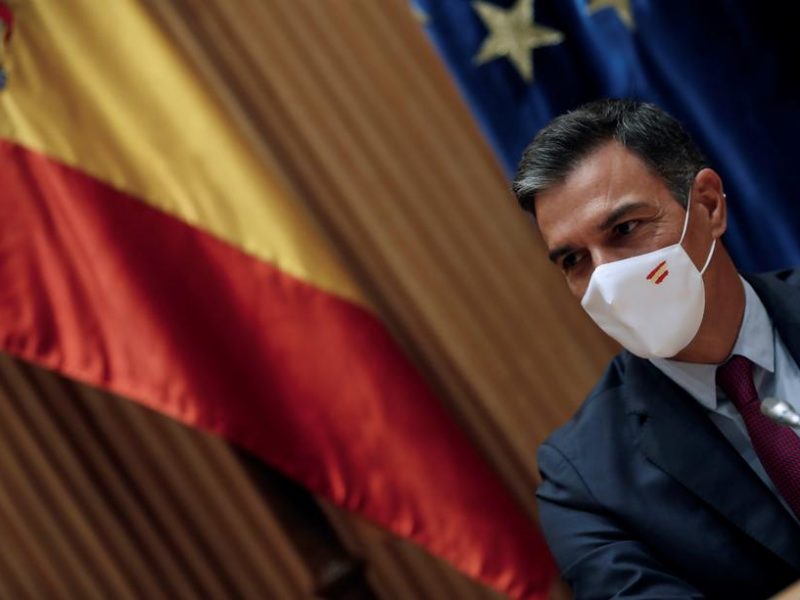 The referendum held on 1 October 2017 was declared illegal by Spain’s Constitutional Court. About 90% of Catalan voters backed independence, but the turnout was less than half at 43%. The Catalan parliament then proclaimed “independence” unilaterally.

Puigdemont has since lived in Brussels, where he has been an MEP since 2019.

In March this year, the Parliament decided to strip his immunity after ruling there was no immediate risk of arrest.

In June, Sánchez pardoned nine other Catalan leaders jailed for sedition for taking part in same the referendum.