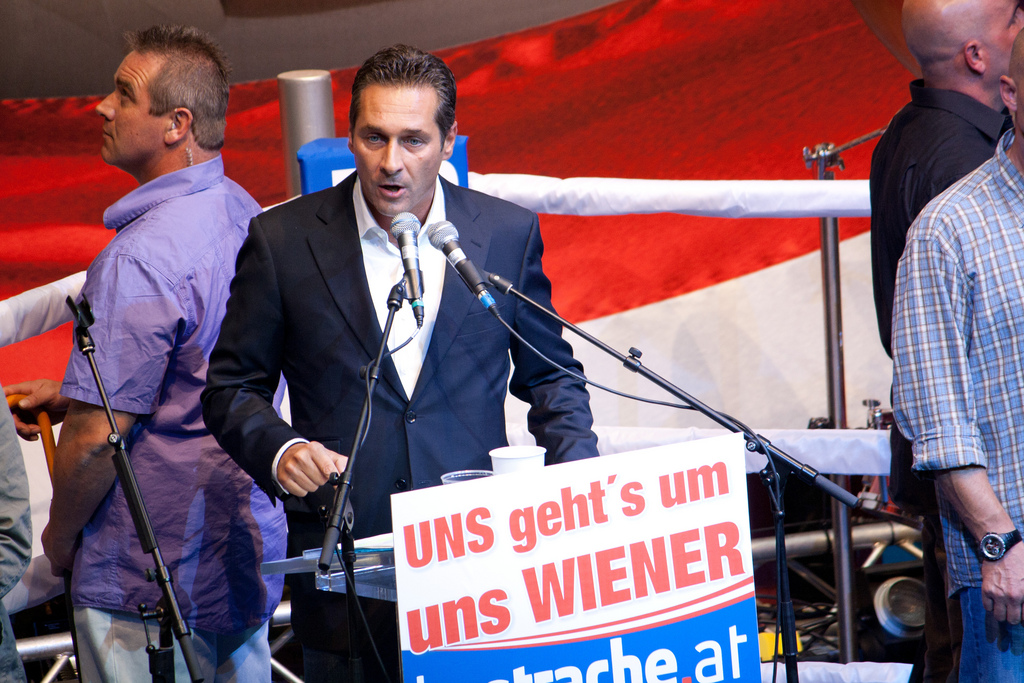 Heinz Christian Strache is determined to pursue a legal challenge, despite the party's momentum having waned over recent weeks. [Thomas Prenner/Flickr]

In the Austrian presidential election, there were abnormalities when it came to how the postal votes were counted. The Freedom Party (FPÖ) has gone as far as to say the vote was rigged. But it appears that the extreme-right party is making mountains out of molehills. EURACTIV Germany reports.

It wasn’t long after it became clear that independent candidate Alexander Van der Bellen had defeated Norbert Hofer that the FPÖ’s leader, Heinz-Christian Strache, began to cry foul about the legitimacy of the election result.

Yesterday (8 June), the country’s constitutional court was presented with 150-page strong document on why the outcome should be rendered null and void. Indeed, shortcomings in the training of election officials were recorded in some areas, but the ballots of voters were not changed.

In total, there are 113 district election authorities; the FPÖ claims that there were “violations” in 94 of them. The interior ministry indeed acknowledged that there were procedural deficiencies. The far-right party’s challenge focuses on 573,275 votes that were allegedly opened too early.

So far, it has been a relatively accepted practice in many districts for postal votes to be counted early, as most election officials are volunteers that take part without receiving paid holiday time.

Why Kosovo and the Balkans found relief in Austria's election result

However, it perhaps speaks volumes that in all 113 districts, the counted results were approved and signed off by the FPÖ’s representatives.

Regardless, Strache is still trying to stir up public opinion against the result in order to get the election rerun. There is perhaps a dab of irony to the fact that even though their main gripe is with the postal vote issue, it was his party, in conjunction with the ÖVP, which campaigned so fiercely for postal votes nearly three decades ago.

From 1990, voting from overseas was possible with limitations and in 2007 the process became even more streamlined.

For most experts in constitutional matters, premature counting of postal votes is not a sufficient reason to call a new election. Their comments have ranged from “if the counting was performed correctly, albeit early, then it makes no difference to the result” to “the number and severity of the violations should not be enough to overturn the election”.

However, it could be that the intended date for Van der Bellen’s swearing in ceremony, 8 July, will have to be postponed. The Constitutional Court now has four weeks to process and respond to the 150 pages of complaints tabled by the FPÖ. If a decision cannot be made in this time, then the presidency of the National Council will take charge in the interim.

Oddly enough, defeated candidate Norbert Hofer makes up the three-member strong presidency, along with Dores Bures and Karlheinz Kopf. Hofer, in this case, would at least have a go at fulfilling the functions of the office he coveted so much, albeit for a short while.