It is rare for women to stand out in French politics. But in Strasbourg and Brussels, the three most influential French MEPs are all women, according to a study by VoteWatch, which ranked individual lawmakers according to a long list of criteria.

Socialist MEPs Sylvie Guillaume, a Parliament vice-president, and Pervenche Berès, head of the French Socialist delegation, and their liberal colleague Marielle de Sarnez, the vice-chair of the ALDE group, top the list of French influencers.

But this piece of relatively good news hides a more worrying truth: Sylvie Guillaume is the only French MEP to make it into the institution’s top 20. And overall, very few French members climbed to respectable positions in the ranking.

On average, French and British lawmakers have as much or as little influence over parliamentary texts as their colleagues from Lithuania, Ireland and Slovakia. 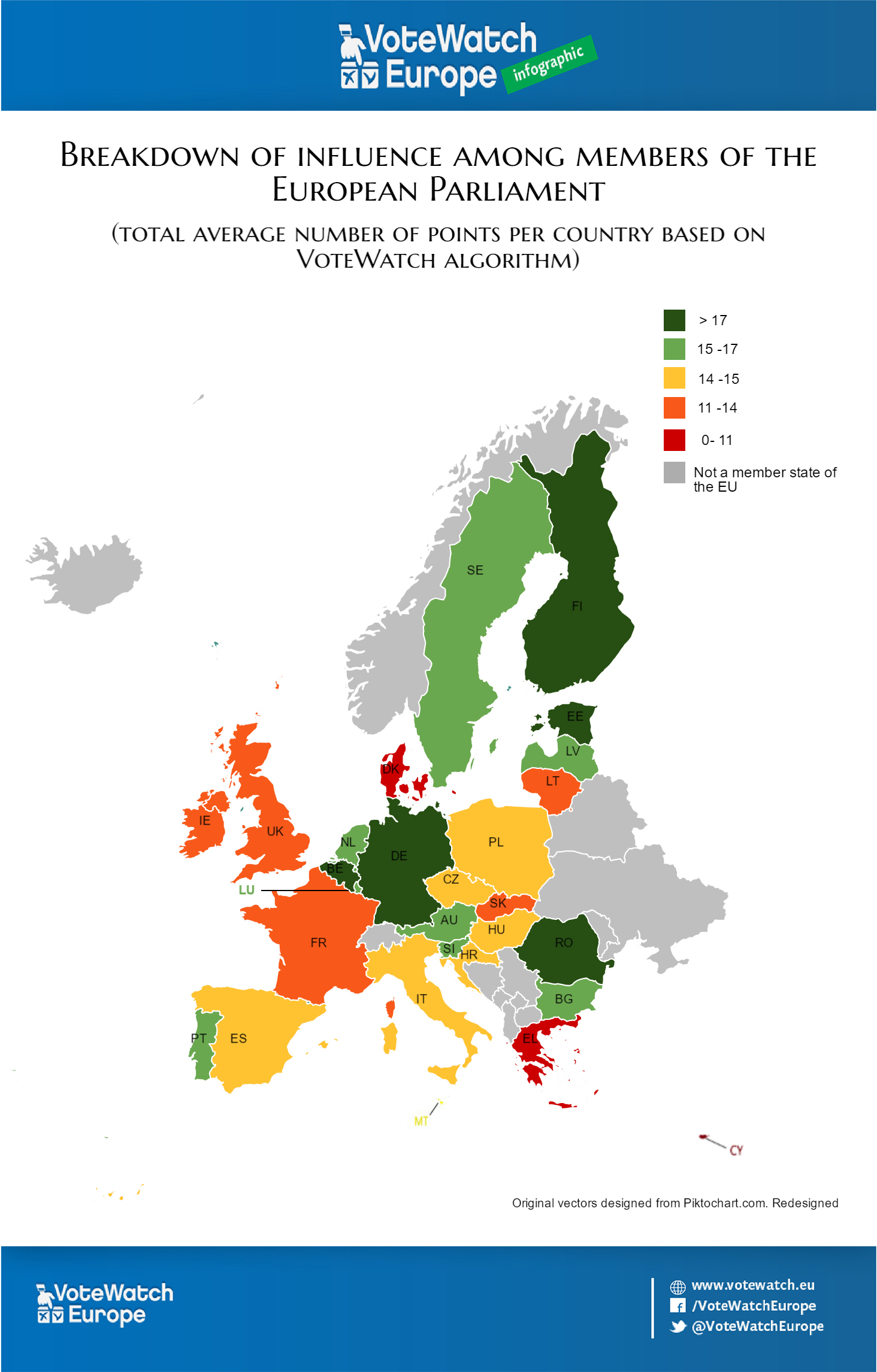 At the other end of the scale, Poland and Italy hold far greater influence, reflected in their large numbers of high-ranking members.

Three Poles appear in the Parliament’s top ten. And the Italians benefit from the significant influence of certain politicians, including Gianni Pitella, the head of the Socialists and Democrats group, with the strong involvement of a number of others raising their overall ranking.

VoteWatch’s ranking, established using a large number of statistics, as well as help from close to 300 representatives of the European institutions, NGOs, media, think-tanks and the private sector, is generally seen as a reliable resource. Although some of its assumptions are questionable, like the decision to attribute a set number of points to presidents, vice-presidents and former presidents of the European Parliament: not all MEPs treat their position with the same respect.

For France, as well as other low-ranked member states like the UK, the main factor limiting influence is the size of their far-right Eurosceptic delegations. With 24 members each, the National Front and UKIP are the biggest delegations from France and the UK respectively. But not one of their members made it onto the list of influential MEPs.

The ranking also raises questions about the suitability of some members for their roles. France’s former minister rarely make highly involved MEPs: this is true for Vincent Peillon on the left and Brice Hortefeux, and Rachida Dati, Nadine Morano and Michèle Alliot-Mari on the right. One notable exception to the rule is Alain Lamassoure, the chair of the tax rulings committee, who ranked 39th.