French Minister of Economic Affairs Bruno Le Maire’s meeting with ‘Jamaica’ coalition negotiators in Berlin on Wednesday (8 November) was not a coincidence. From the French point of view, President Emmanuel Macron’s eurozone plans might be threatened by the formation of the new German government. EURACTIV Germany reports.

In the battle for compromises between CDU/CSU, FDP and the Greens on the EU policy objectives of the new federal government, warning shots by the Liberals towards Macron’s reform plans for the EU economic and financial zone are heard loud and clear.

In fact, they are so loud that the French president has sent Le Maire to Berlin in order to explain once again France’s position on European economic and financial policy to the ‘Jamaica’ negotiators and to emphasise “the high priority of the European project”. However, the French government does not want to influence the coalition talks but rather “exchange views”, the French ministry for economy communicated.

Last week, the FDP leader had once again made it clear that there would be no new “monetary fund” into which “Germany is going to pay 60 billion so that everyone helps themselves.”

The FDP leader warned: “If the fiscal autonomy of the states is undermined, a red line is crossed for us.” So if the FDP prevails in the negotiation talks, Macron will hardly be able to count on German support when it comes to enforcing his plans for a eurozone budget.

However, following the British decision to leave the EU, a strong Franco-German leadership duo might be more important than ever for the reform process within Europe. “France and Germany urgently need to develop a common vision that goes beyond their own national policies and propagates real reforms at the EU level,” said Harold James, Professor of History and International Relations at Princeton University.

For Macron to be able to continue his first successful reforms in his country, he needs more solidarity at European level. Therefore, among other things needed to hedge future crises in Europe, he proposes a budget for the eurozone, which can provide 100 billion euros per year. 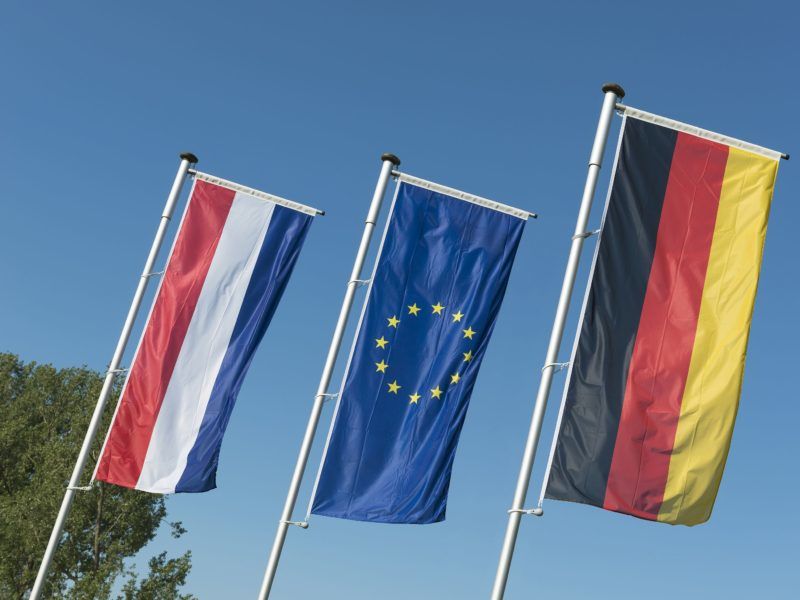 The Franco-German engine gets all the media attention, but it is Dutch-German cooperation that has done the important work in recent years. France and Germany can do a lot together, but Germany and France should remember that Berlin has – and needs – other options, writes Christel Arlette Zunneberg.

But on that matter, for the FDP there is no need to hurry. European solidarity in times of crisis is already said to be secured, “for example in the European Stability Mechanism (ESM), the crisis management instrument that we have in the European Union,” FDP’s foreign policy expert Alexander Graf Lambsdorff said in the run-up to Le Maire’s visit.

Merkel still wants to keep a low profile on Macron’s proposals for further eurozone development when sitting at the ‘Jamaica’ coalition table. “We will have to talk about this in more detail”, it was communicated from the Chancellery after Macron’s speech on Europe in late September.

The question of whether Le Maire’s visit can bring a “breath of fresh air” into the coalition talks is rather denied by negotiation insiders. Although FDP vice-leader Wolfgang Kubicki recently insinuated that the Liberals are ready to compromise on European policy objectives. An important signal towards France, as initially intended by CDU/CSU, to expand the ESM towards a European Monetary Fund, failed to materialise.

So far, the potential coalition partners share little of Macron’s enthusiasm to revive the European idea. It seems that the gap between the promises made in the election campaign and the political reality in Europe that relies on overcoming national egotisms is too great to overcome.