French elections: Polls and projections for the new parliament 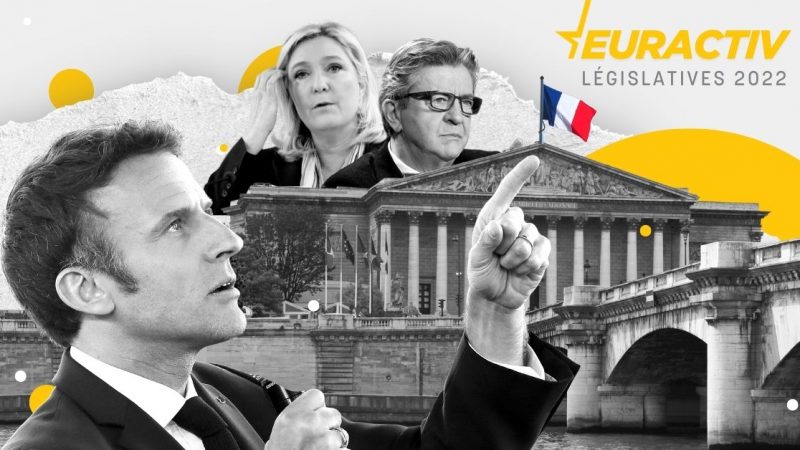 As our poll aggregator suggests, NUPES, the left-wing alliance that rallied behind Jean-Luc Mélenchon, and President Emmanual Macron's presidential movement Ensemble! are neck and neck at around 26-27%. [Esther Snippe/EURACTIV]

With France’s legislative elections due to take place on 12 and 19 June, EURACTIV France, in partnership with Europe Elects, gives you an overview of the current polls and voting intentions.

Europe Elects is a Germany-based start-up specialising in the analysis of polls and election data in Europe. The visuals below are regularly updated.

As our poll aggregator suggests, NUPES, the left-wing alliance that has rallied behind Jean-Luc Mélenchon, and President Emmanual Macron’s presidential movement Ensemble! are neck and neck at around 26-27% each.

The two formations are ahead of Marine Le Pen’s far-right party Rassemblement National, which is on the rise compared to 2017 but currently stagnating at around 20%. They are also largely ahead of the Union of the Right and the Centre (UDC), which combines the Republicans and the UDI, currently polling at 10%.

Voting intentions according to age

Voting intentions according to gender