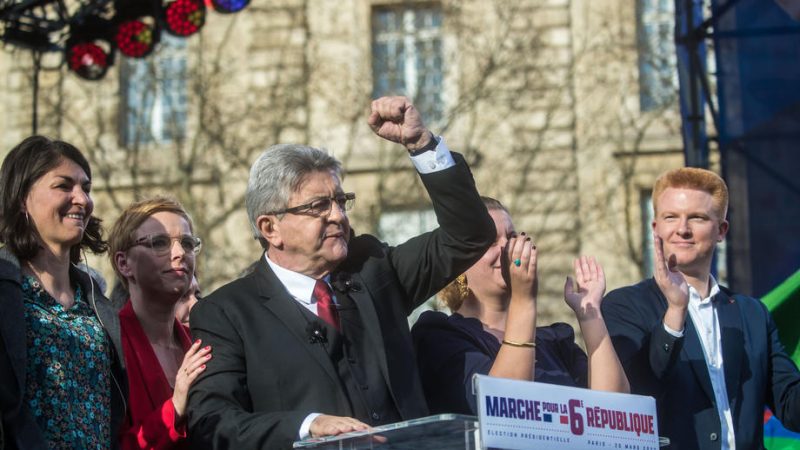 The main left-wing parties, including Jean-Luc Mélenchon’s radical-left La France Insoumise, the traditionally pro-European Socialist Party, the Communist Party and the Green Party, have agreed to unite ahead of the legislative elections in June. [EPA-EFE/CHRISTOPHE PETIT TESSON]

Negotiations over uniting the French Left ahead of the legislative elections in June are underway but senior officials of the parties involved are split over calls to rally behind radical-left leader Jean-Luc Mélenchon. EURACTIV France reports.

A union of the left is currently being discussed between members of the radical-left party La France Insoumise, the Greens, the Socialists and the Communists.

La France Insoumise wants the union to rally behind their own leader, Jean-Luc Mélenchon, who came in a close third with 22% of the vote in the first round of the presidential election, narrowly failing to make it in the run-off – for the third time in a row.

Mélenchon still came out far ahead of other left-wing leaders. Green candidate Yannick Jadot, Communist candidate Fabien Roussel and the socialist Anne Hidalgo all fell short of the 5% threshold with 4.63%, 2.28% and 1.75% respectively.

Mélenchon’s party wants the alliance to be based on the results of the presidential election when it comes to distributing districts.

The other parties, however, say that Mélenchon benefitted from a “useful vote”, which, they say, pushed left-wing voters to favour his campaign.

Mélenchon’s party is also doing better than its left-wing counterparts, according to the first polls for the legislative elections. According to these, 19% favour La France Insoumise, compared to only 8% for the Greens, 5% for the socialists and 3% for the communists – meaning there is less of a gap between Mélenchon’s party and the other left-wing groups than there in the presidential election.

In an interview with the newspaper Libération on Wednesday (27 April), he recognised La France Insoumise’s “leading role”, but warned that “to repeat the presidential match is to condemn ourselves to defeat […] The representation of each must be fair. It is a condition for victory”.

“Does Jean-Luc Mélenchon want to be Prime Minister? We say go for it! Let’s win together,” said Bayou, echoing the line of Sandrine Rousseau and Grégory Doucet, two influential Green figures who are more radical than Jadot.

Jadot is against Mélenchon leading the union and is pleading for a “very open coalition […] around a project”.

“If at some point, this coalition does not respect the diversity and identity of its partners, it will be without me,” he told France Inter in his first interview after his defeat on Tuesday (26 April).

Socialists against union urged to leave

Tensions are more heated in the Socialist Party (PS).

Party members are divided over the possibility of a rapprochement with La France Insoumise, with some fearing being swallowed up by Mélenchon’s movement.

Together with Olivier Faure, the party’s first secretary, Jouvet invited those who oppose this line to leave the party.

His comments are aimed at figures such as Hélène Geoffroy, a member of the party’s national bureau, who said that “it is not a negotiation or an agreement that is being proposed […] it is a surrender”.

Jean-Christophe Cambadélis, the party’s former first secretary, has made similar comments and called for Faure’s resignation a week ago. According to him, Mélenchon aims to integrate the Socialist Party into his movement dubbed Union Populaire (Popular Union).

Forming a union on the left is also tricky because the Greens and the Socialist Party are not on the same page as Mélenchon’s movement on a number of issues, including with regards to Europe.

Cambadélis, for his part, said he disagrees with “the orientation of Jean-Luc Mélenchon’s programme, whether on European or economic issues”, adding that he disagrees with La France Insoumise’s “plebiscitary way of conceiving the alliance”.

“Let’s first acknowledge that the task is not easy: we are trying to do in a few weeks what we have not been able or willing to build in five years,” said Bayou in his interview with Libération. 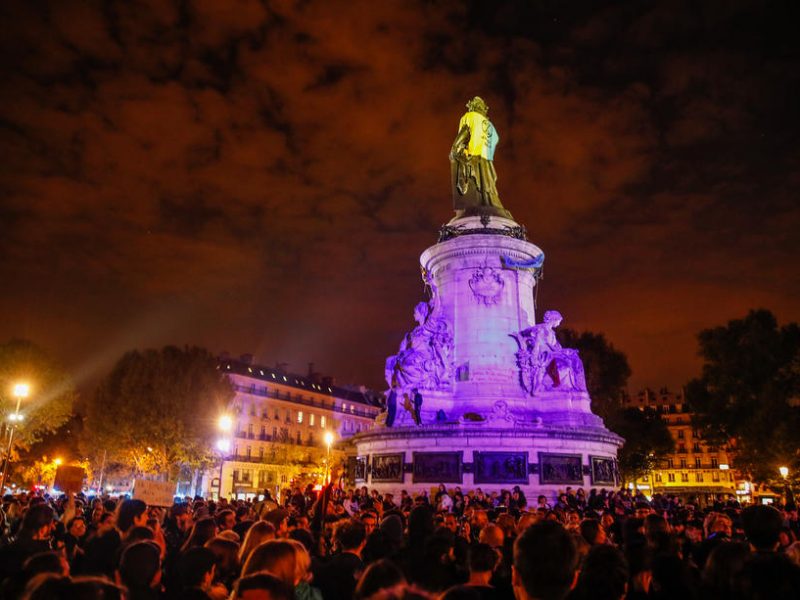 With the ongoing French EU Council presidency and the upcoming parliamentary elections, Emmanuel Macron will enjoy no grace period at the start of his second mandate. The opposition in France, both on the left and the right, is more determined than ever to strip the newly re-elected president of his majority in parliament.