Le Pen's party is having to manage the fact that seven out of ten mayors are standing for re-election, according to the Cevipof. This is something both Rassemblement National and President Emmanuel Macron's party La Republique en Marche (LREM) need to grapple with as it will be the first time they are getting so involved in municipal elections. EPA-EFE/CHRISTOPHE PETIT TESSON

French MEPs are mobilising for the French municipal elections and have shown open support for some candidates. Conservative MEP Agnès Evren is even the top candidate of Les Républicains (LR) for the elections in the 15th Paris arrondissement. EURACTIV France reports.

With six weeks before municipal elections take place in France in mid-March, French MEPs have taken a keen interest in what is happening at the local level and the election campaign is causing a stir and generating headlines.

Some French MEPs have even come to support their political friends.

This is the case of Nicolas Bay from Marine Le Pen’s Rassemblement National. Bay is one of the most visible MEPs, as he is the only French MEP regularly invited to morning shows on French radio stations. He will be taking part in a campaign meeting in Brittany next weekend. 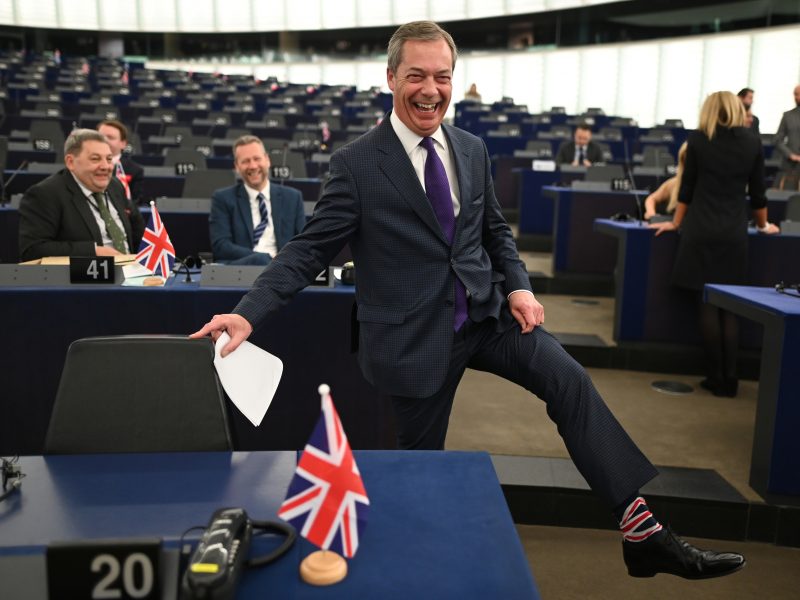 The stakes for Rassemblement National

Le Pen’s far-right Rassemblement National has long been targeting this election, where the biggest hurdle is finding candidates because, at the local level, people are voting for the people they know.

While political etiquette is theoretically less important than in other elections, Le Pen’s party has to deal with one obstacle -the status quo – with seven out of 10 mayors standing for re-election, according to the Cevipof.

This is something both Rassemblement National and President Emmanuel Macron’s La Republique en Marche (LREM) need to grapple with, as it will be the first time they are getting so involved in municipal elections.

Le Pen’s party is nonetheless targetting constituencies in which it is traditionally strong, such as the North of France and the Mediterranean region.

What about the Greens, socialists and conservatives?

Among the Greens, MEP Damien Carême, the former mayor (for 18 years) of Grande-Synthe, a commune in the Nord-Pas de Calais, is now trying to help the Greens regain power and is not supporting his Socialist successor, Martial Beyaert, who is standing for re-election.

Carême was in Dole in January and will also be in Grande-Synthe on 8 February. Green MEPs Karima Delli and Yannick Jadot are also very involved in the campaign.

Among the Social Democrat MEPs, Raphaël Glucksmann is supporting the current mayor of Paris, Anne Hidalgo, and has also travelled to support candidates, notably to face France’s far-right party.

Among Les Républicains (LR), MEP and president of the LR federation, Agnès Evren, who was elected to the European Parliament for the first time in May 2019, is also running to become the mayor of Paris, in the crucial 15th district.

The right is divided in this district, as LR is supporting Evren and not the outgoing right-wing mayor, Philippe Goujon (LR). Evren also supports former MEP Rachida Dati, who heads the right-wing list, against Anne Hidalgo.

The MEP position does not preclude being a municipal councillor, although in the spirit of the 2014 law, it is essential to avoid overlapping.

In France, however, the government is not setting an example, since several ministers are candidates in municipal elections. Prime Minister Edouard Philippe, for instance, is running for mayor in Le Havre, where he used to be the mayor before heading to Matignon.

Finally in Strasbourg, Catherine Trautmann, a former MEP and government minister in the Jospin cabinet, is a leading candidate for the Socialist Party.