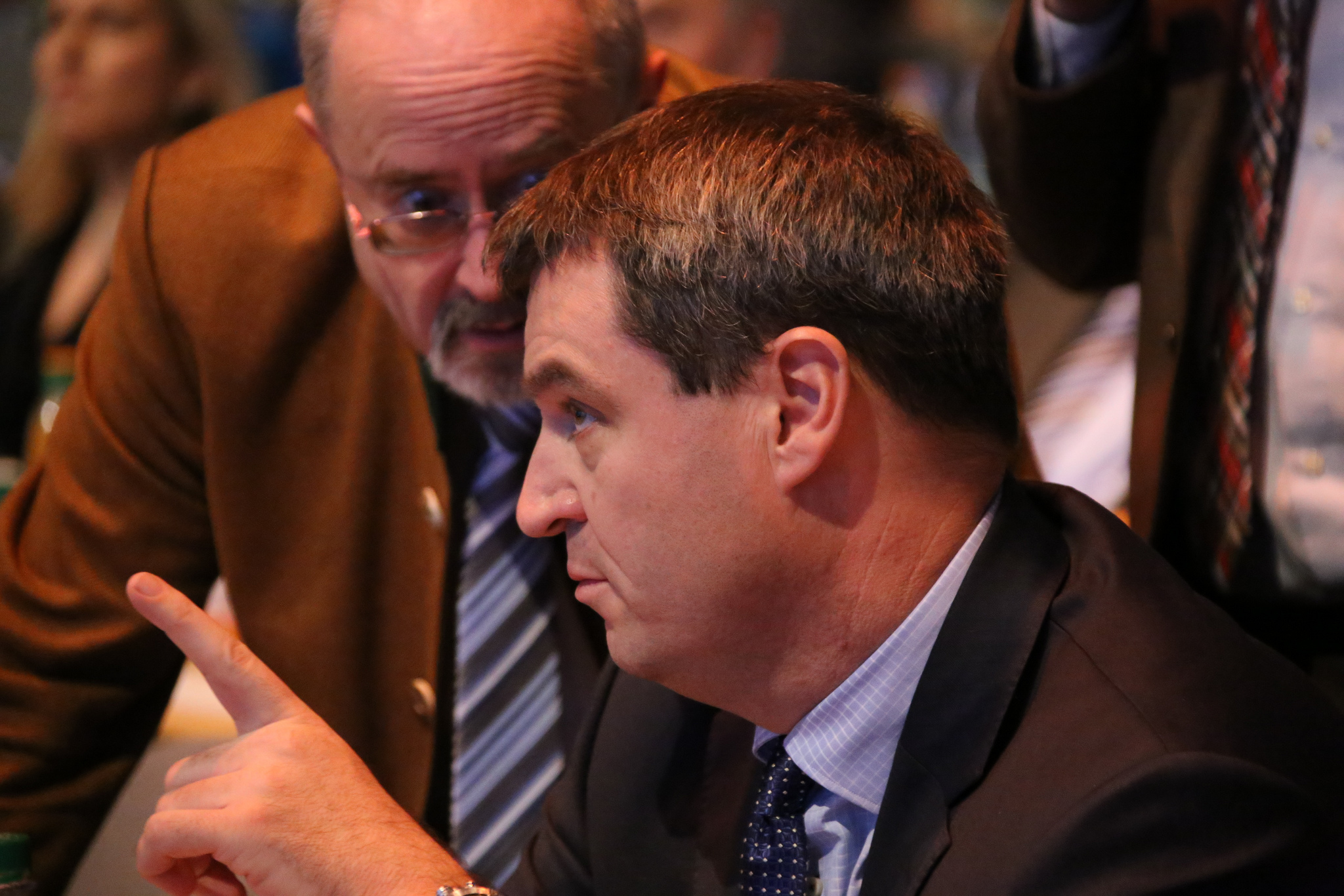 Ahead of a visit from the new Greek Finance Minister in Berlin on Thursday (5 February), the centre-right faction in the Bundestag, Germany’s lower house, is standing its ground on Greece’s reform commitments, rejecting a debt haircut and an end to Troika inspections. EURACTIV Germany reports.

Speaking to journalists during a visit to Rome, Greek Finance Minister Yanis Varoufakis announced plans to travel to Berlin for the first time since he took office on 26 January.

Varoufakis is scheduled to visit the European Central Bank (ECB) in Frankfurt this Wednesday (4 February). Together with the International Monetary Fund and the EU, the ECB is a member of the Troika, which supervises reforms in debt-ridden eurozone states.

Michael Grosse-Brömer, first parliamentary manager of the centre-right Bundestag faction, rejected the prospect of either a debt haircut or an end to Troika inspections. The faction is the largest in the Bundestag, Germany’s lower house, and consists of the Christian Democratic Union (CDU) and its smaller Bavarian sister the Christian Social Union (CSU).

“There is no willingness to change anything about the two-way relationships,” Grosse-Brömer said. The Bundestag must approve all substantial changes to the agreements, that the country meets with its international investors.

“We see no opportunity for a debt write-off,” Grosse-Brömer commented. He said he did not want to evaluate new proposals for debt rescheduling from Greek Finance Minister Varoufakis.

Furthermore, the centre-right faction is remaining firm on its stance that inspectors of the Troika, consisting of the EU, the IMF and the ECB will continue to check up on reform commitments in the future.

“The Troika must continue to do its work. One could say: ‘No bail-out package without the Troika’,” the centre-right faction manager pointed out. Last week the new government in Athens virtually announced an end to its cooperation with the Troika.

Bavarian State Finance Minister Markus Söder (CSU) warned the German government against making concessions. “The risk of softening the euro and the stability criteria is too great,” he told the Münchner Merkur newspaper.

Much more than a Grexit, Söder said he fears a euro-“relaxation culture” in southern Europe and France.

Söder referred to the new Greek government’s suggestions to stretch out their debt into the long-term, “a debt write-off through the back door”. He also rejected an stopping the Troika inspections.

“I consider it a bold move to demand money and at the same time send home those who are supposed to provide it,” the Bavarian politician said.

The German government is standing its ground with regard to the supervision of reform progress in Greece by the Troika. Deputy government spokeswoman Christiane Wirtz said on Monday in Berlin, that there is no cause to “stray from this proven mechanism”.

A spokeswoman from the Finance Ministry added that for a eurozone country in need of assistance, cooperation with the Troika is legally regulated and cannot be one-sidedly changed.

The new Greek government announced on Friday (30 January) that it would end cooperation with Troika inspectors, who are much-hated by many Greeks. Wirtz said the German government is also not aware of considerations in the European Commission to deviate from the Troika mechanism.

The Finance Ministry spokeswoman said that, like in other eurozone countries, the Greek bailout programme is not only aimed at austerity measures. It is also focused on promoting growth and employment, and state finances are an important building block for this, she continued.

The legal agreements with Greece have not changed simply due to the latest elections, the spokeswoman emphasised.

Wirtz indicated that Prime Minister Alex Tsipras is a welcome guest in Germany. But, she said, this does not mean the subject will not be sharply discussed.

German Finance Minister Schäuble also demonstrated his willingness for talks with the new government in Athens. In an interview with the news agency Reuters, the CDU politician said he would be pleased if Varoufakis was coming to Berlin.

Still, Schäuble was careful to draw a red line. “We will not accept one-sided changes to the [reform] programme,” he emphasised. The ongoing agreement has not yet been concluded according to the terms, the Finance Minister said.

“If the programme is not to be fulfilled, an extension also does not come into question,” he said. But according to Schäuble’s words, he certainly does not expect a return to the eurozone debt crisis due to turbulence in Greece.

“No,” the Minister said, “the financial markets do not show any signs of that, thank God.”

Greece urged to crack down on tax evasion

The Social Democratic Party (SPD), on the other hand, is calling on the Greek government to deliver on its commitments.

It is less than helpful, to question the reform programme and the repayments, said the party’s Secretary-General Yasmin Fahimi, after consultations within the party’s directorate. In exchange, Greece can depend on solidarity in Europe, she pointed out.

If the Greek government is serious about this issue, the EU should actively support it, Gabriel told the Bild newspaper.

“In addition to tax offences among Greek citizens, this includes freezing the assets and accounts of the super-rich in other EU countries,” he pointed out.

Its European partners have long been accusing Greece of not adequately enforcing taxation of the wealthy in the country. In doing so, critics say the debt-ridden eurozone country is missing out on improving the state’s income.