German election 2021: Who comes after Merkel? 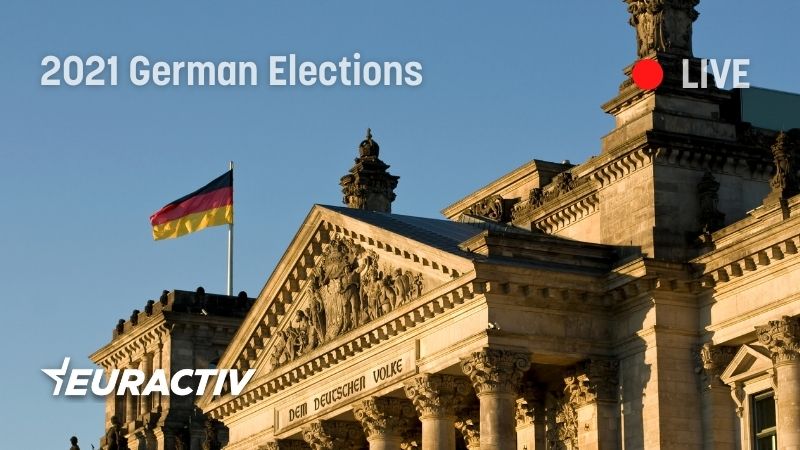 Germans vote for a new parliament on Sunday (26 September) in an election already dubbed ‘historic’ because it will determine the successor of Chancellor Angela Merkel, who will retire after 16 years at the helm of the EU’s strongest economy.

Polls predict a close finish between the three candidates to succeed her and it is fairly certain that the outgoing ‘Grand coalition’ government of the CDU/CSU-SPD will not be reinstated as both the Conservatives and the Social Democrats have indicated their preference for a different government make-up.

Whichever camp is eventually tasked with forming the new government will almost certainly extend an invitation to the Greens, but may also be forced to look for a third coalition partner, such as the liberal pro-market FDP or the leftist Die Linke.

EURACTIV’s on-the-ground team of reporters will provide you with all the latest developments, helping you to stay on top of the discussion.