German SPD ahead of conservatives a month before election, poll shows 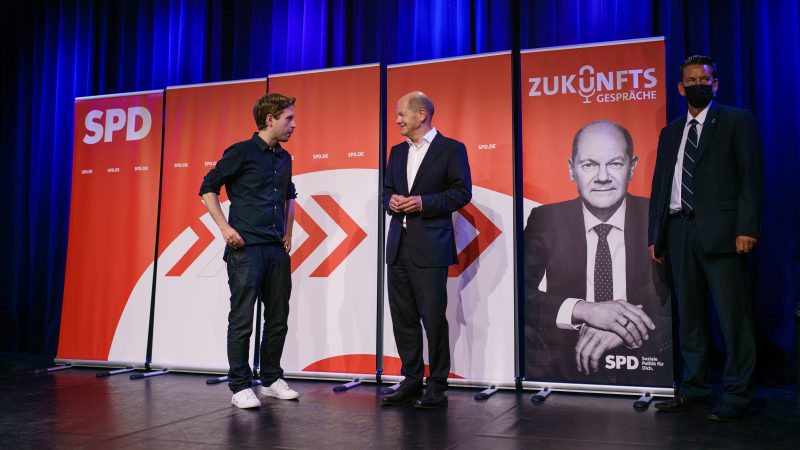 Germany’s centre-left Social Democrats (SPD) have pulled ahead of Chancellor Angela Merkel’s conservatives for the first time in 15 years, according to an opinion poll published on Tuesday (24 August), just a month before the country’s federal election.

Germany goes to the polls on 26 September, when Merkel steps down as chancellor after 16 years in office and four straight national election victories. Merkel’s imminent departure has heightened divisions over the direction of the party.

Support for Merkel’s Christian Democrats (CDU) and their Bavarian sister party, the Christian Social Union (CSU), has been falling steadily in recent weeks.

The SPD was up 2 percentage points compared to a week ago on 23%, while the CDU/CSU slipped a point to 22% and the Greens are down a point at 18%, according to the Forsa poll for RTL/NTV.

Forsa said this was the first time that the SPD had been ahead of the CDU/CSU since October 2006, with the latest rating for Merkel’s party at its lowest level since the polling institute was set up in 1984.

Some conservatives have blamed the drop in support on the bloc’s candidate for chancellor, CDU chairman Armin Laschet, whose ratings have tumbled since he was caught on camera laughing during a visit last month to a town hit by floods. 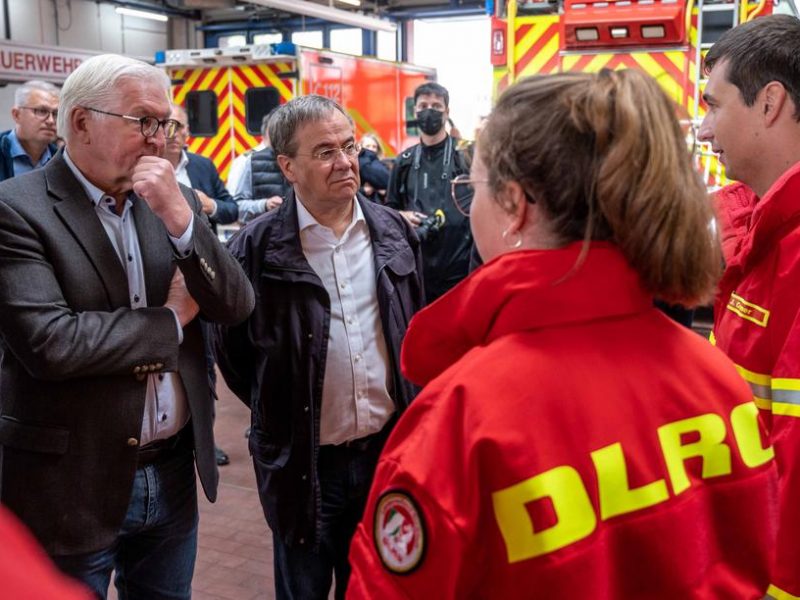 Armin Laschet, the conservative pick to replace Angela Merkel as chancellor, has been sharply criticised after he was seen laughing during a speech by German President Frank-Walter Steinmeier about devastating flash floods that have left more than 150 people dead.

Support for Laschet fell again in the Forsa poll, while it rose for the SPD’s candidate, Finance Minister Olaf Scholz.

Health Minister Jens Spahn, a close Laschet ally, has ruled out suggestions that replacing Laschet with a more popular candidate, such as Bavarian premier Markus Soeder, was the only way to secure a comfortable victory.

The CDU, which got just under 33% of the vote in the last election in 2017, currently govern in coalition with the SPD.

The most recent polls mean that the only possible coalitions would need three parties to work together rather than the current two, potentially making negotiations more protracted.