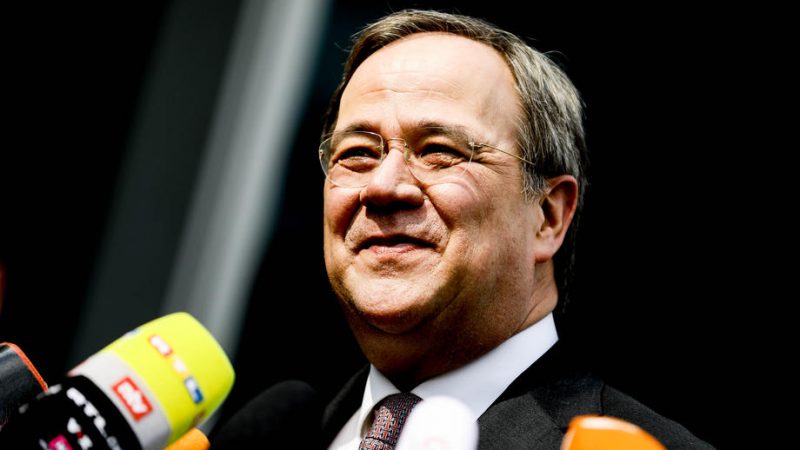 Armin Laschet, the leader of Germany’s Christian Democrats (CDU) has won the backing of his party to run as the conservative chancellor candidate to succeed Angela Merkel at the September election.

The move comes after rival Markus Söder, who leads the CDU’s Bavarian sister party the Christian Social Union (CSU), said he would step back from his bid to lead the conservative alliance into the federal election.

The two have been at loggerheads for several weeks over who is better placed to lead the bloc into the first poll without Merkel at the helm since 2005. Laschet thanked Söder for his “fair treatment” and said the Bavarian state premier would play a “central role” in the future of Germany.

“We didn’t make it easy for ourselves because it was about something, the future of our country,” Laschet said in response to criticism of the bruising spat for the top job.

Söder’s decision was preceded by a vote by the extraordinary meeting of the CDU leadership on Monday evening which Laschet won.

After more than six hours of debate going into the night, 31 of 46 members of the party’s federal executive committee backed Laschet, a majority of 77.5%, party sources said.

Söder, who did not participate in the virtual CDU meeting, received the backing of nine members in the secret ballot while six others abstained, participants said. Factoring in abstentions, Laschet’s support of 67% from his own party leadership is rather underwhelming.

Söder had previously made clear he would respect the decision of the CDU party board, according to Laschet.

“It’s about the best answers to the pressing questions of the future. And I am ready to run for office on our behalf,” Laschet said after the board vote.

Polls suggest that Söder is more popular than Laschet with the wider electorate, so the prospect of losing votes with Laschet at the helm has unnerved some CDU members. No successful chancellor bid has ever come from the CSU.

Laschet is widely seen as a candidate who would continue Merkel’s legacy, though he has clashed with her over coronavirus restrictions, while Söder has largely sided with the chancellor during the pandemic.

The power struggle in Germany’s conservative camp stood in contrast to the opposition Greens, who on Monday, with no internal wrangling, named their co-leader Annalena Baerbock as their first candidate for chancellor in the party’s 40-year history.

The conservatives retain a narrow lead in polls over the Greens, but the leadership rift threatens to harm their efforts to extend their 16-year-old hold on power without Merkel, who has won them four consecutive victories.

A Forsa poll last week put support for the conservative alliance at 27%, ahead of the Greens at 23%.