The opening session of the Bundestag, the lower chamber of the German parliament, starts at 9 am on Tuesday.

Merkel’s conservatives have won the most votes but with their worst score since 1949, weakening the Kanzlerin’s fourth mandate.

She has to cope with the advent of the anti-immigration Alternative fur Deutschland (AfD) in parliament. With 12.6% of votes in the September election, the far-right party scored a result unprecedented in post-war Germany by exploiting the wave of discontent about the arrival of one million refugees.

The 92 far-right MPs are the third political force in the newly elected Bundestag and their first steps will be closely scrutinised.

Angla Merkel convinced the political veteran to leave the ministry of finance, which he held during her third mandate, explaining that she needs a man of his calibre to manage future debates in the Bundestag, which are bound to be stormy with AfD on board.

All measures have been taken to prevent an AfD member from making the opening speech in the assembly. This task is usually reserved for the most senior parlamentarian and this time it should have fallen on Wolfgang von Gottfried, 77, a man who described the Holocaust as “a myth”.

To avert disaster, the parliament changed its rules. The speech is no longer the prerogative of the oldest but of the longest-serving MP and will be delivered by a 76-years-old liberal MP.

On Tuesday, the Bundestag will probably witness heated exchanges over the choice of vice-presidents.

The AfD has the right to one of these posts but other parties oppose the far-right candidate, Albrecht Glaser, who has called Islam “an ideology” which should therefore be exempt from the protection for religious freedom inscribed in the German constitution.

The arrival of the far-right in the parliament is a shock for a large part of the German electorate, still haunted by memories of Nazism.

In the Bundestag, no party wants to sit near the AfD deputies, who will be sitting on the right of the hemicycle. Liberals of the FPD Party have been assigned the abhorred task.

The AfD had already broken numerous national taboos in the campaign, especially by challenging the repentance for Nazi crimes.

One of their frontbenchers in the Bundestag, Alexander Gauland, promised to “hunt down” Angela Merkel. His colleague Alice Weidel wants a parliamentary inquiry into the reception of refugees.

The AfD has created internal turmoil, too: one of its leaders, Frauke Petry, walked out a day after the elections, denouncing the party’s “nationalist” radicalisation.

“Frankly speaking, I have a bad feeling,” complained the president of the German Jewish community, Josef Schuster.

“It is worrying to know that people sitting in the Bundestag would prefer that we kept quiet about Germany’s Nazi past and mobilise public opinion against refugees and Muslims,” he told the Jewish paper Jüdische Allgemeine.

On Sunday, many people protested in Berlin against AfD’s arrival in the Bundestag.

In practice, the Bundestag will not have much to do as Merkel’s government enters the ‘business as usual’ mode on Tuesday until a new one is formed.

This is proving to be a difficult task for the three parties involved, with highly divided political programmes: Conservatives, liberals and greens.

These discussions will last until the end of 2017 but could also be prolonged into the new year. 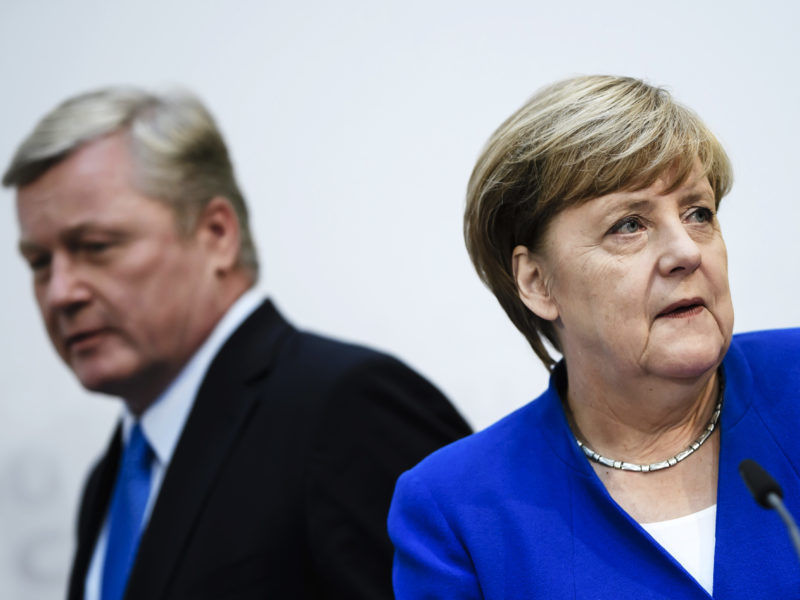