Germany’s insistence on austerity in the eurozone has left Europe more divided than ever and a breakup of the European Union is no longer inconceivable, German Vice-Chancellor Sigmar Gabriel told Der Spiegel.

Gabriel, whose Social Democrats (SPD) are junior partner to Chancellor Angela Merkel’s conservatives in her ruling grand coalition, said strenuous efforts by countries like France and Italy to reduce their fiscal deficits came with political risks.

“I once asked the chancellor, what would be more costly for Germany: for France to be allowed to have half a percentage point more deficit, or for Marine Le Pen to become president?” he said, referring to the leader of the far-right National Front.

“Until today, she still owes me an answer,” added Gabriel, whose SPD favours a greater focus on investment while Merkel’s conservatives put more emphasis on fiscal discipline as a foundation for economic prosperity. 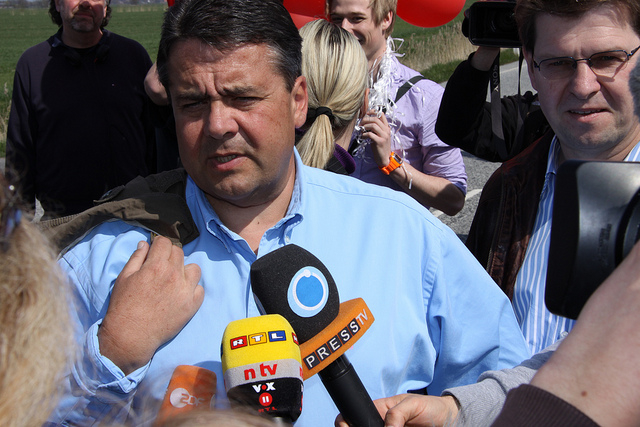 Vice Chancellor Sigmar Gabriel said on Monday (16 June) he was open to debate on giving EU countries more time and flexibility to meet the bloc’s deficit targets, as long as they are committed to reforms.

The SPD is expected to choose Gabriel, their long-standing chairman who is also economy minister, to run against Merkel for chancellor in September’s federal election, senior party sources said on Thursday.

Asked if he really believed he could win more votes by transferring more German money to other EU countries, Gabriel replied: “I know that this discussion is extremely unpopular.” 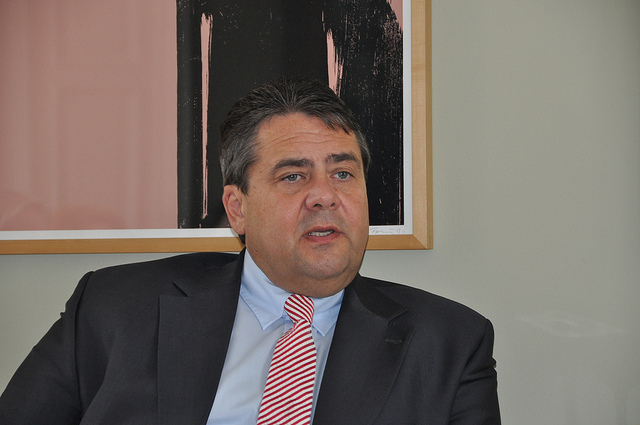 The German government wants Greece to stay in the eurozone and there are no contingency plans to the contrary, Vice Chancellor Sigmar Gabriel said yesterday (4 January), responding to a media report that Berlin believes the currency union could cope without Greece.

“But I also know about the state of the EU. It is no longer unthinkable that it breaks apart,” he said in the interview, published on Saturday.

“Should that happen, our children and grandchildren would curse us,” he added. “Because Germany is the biggest beneficiary of the European community – economically and politically.”