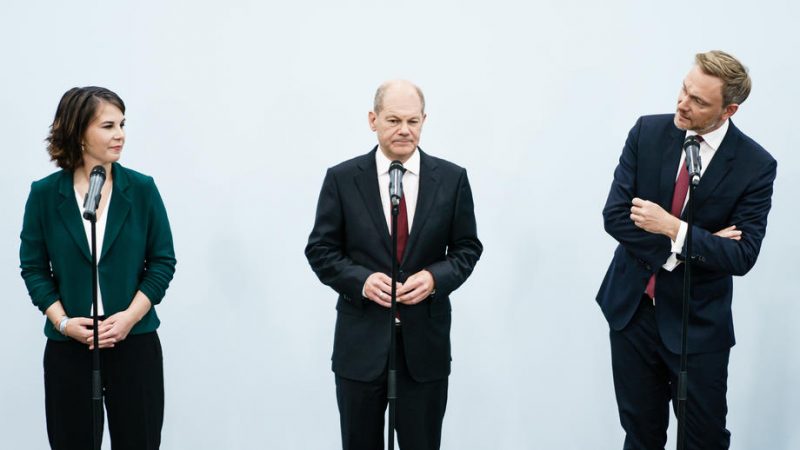 The three parties also want to work to ensure that the EU "protects its values and the rule of law both internally and externally", though Poland and Hungary, which have repeatedly been criticised for flouting the rule of law, are not explicitly mentioned in the paper. EPA-EFE/CLEMENS BILAN [CLEMENS BILAN/EPA-EFE]

Leaders of Germany’s Social Democrats (SPD), the Greens, and the business-friendly FDP have reached a preliminary agreement including plans to end the internal combustion engine and take an assertive stance on the rule of law in the EU. Pending the final confirmation from the FDP, the three are set to soon enter formal coalition talks.  EURACTIV Germany reports.

Following the conclusion of the parties’ exploratory talks on Friday (15 October), the leaders of the three parties said they had agreed on a joint text and wanted to enter into coalition talks.

SPD’s chancellor candidate Olaf Scholz praised the talks as trusting and constructive. He said the first agreement was a “very good result”, adding that it “tackles what is necessary for Germany”.

Udo Bullmann, a member of the SPD’s executive committee and its Europe spokesman, told EURACTIV Germany that the new coalition “wants to shape the 2020s in terms of a departure into a sustainable future”. 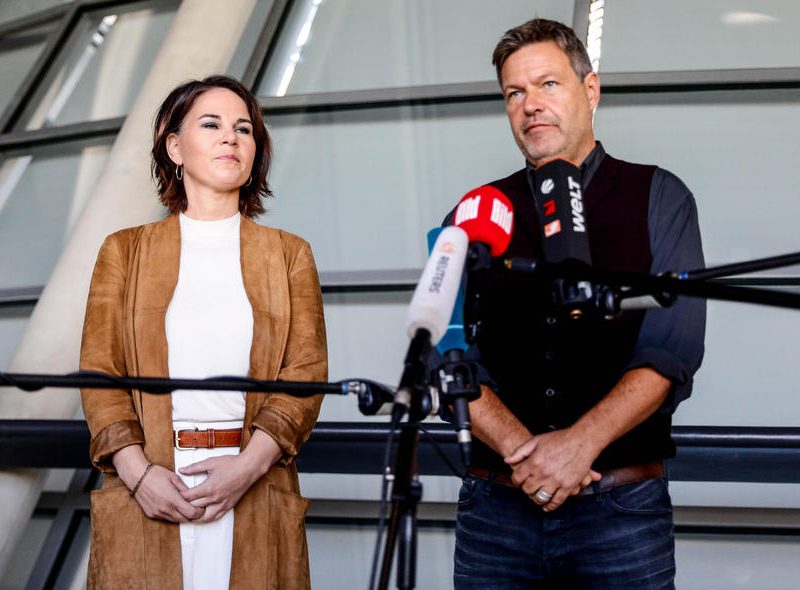 Germany’s Greens and the liberal FDP, two kingmakers after the inconclusive federal election, have announced they want to launch talks about a potential coalition with the Social Democrat SPD, rather than with outgoing Chancellor Angela Merkel’s CDU/CSU. The first discussions are planned for Thursday (7 October).

The agreement contains an entire chapter on Germany’s “responsibility in Europe and the world”, which includes the intention to increase Europe’s strategic sovereignty and calls for better cooperation between national European armies, Bullmann said.

According to the agreement, Germany should adopt a values-based and more European stance in foreign, security, and development policy and make the UN’s Sustainable Development Goals (SDGs) the yardstick for international action.

“This is a commitment that we are interested in the EU’s ability to act and not in blocking it,” Bullmann said. The agreement also states the parties’ wish to work “along the lines of the Franco-German partnership and in close cooperation in the Weimar Triangle” between Berlin, Paris and Warsaw.

In terms of fiscal policy, the parties want to ensure that Europe recovers from the pandemic “on the basis of sound and sustainable public finances”. Economic growth is to be based on the Stability and Growth Pact, which has “proven its flexibility”, the agreement states.

Reference to the Stability and Growth Pact expresses the intention to work on the basis of existing provisions, Bullmann said but noted that in the past, the Pact had been revised several times and that this could be done again in the future. 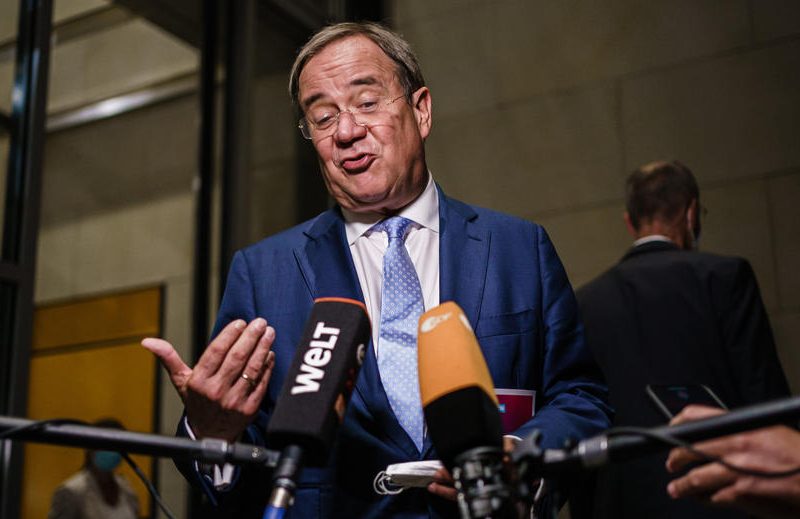 After several days of silence on the content or mood of early negotiations to form a coalition government, the Conservative CDU/CDU has reportedly leaked statements made on Sunday.

“We have an interest in Jamaica! Do you have it too? Do you …

The Stability and Growth Pact is currently suspended due to the COVID-19 crisis but EU Economy Commissioner Paolo Gentiloni has already announced a review and possible reform of the fiscal rules.

Although the concept of fiscal sustainability includes a commitment to debt sustainability, it also implies investments in the future, for example in combating climate change or digitalisation, Bullmann also said.

Fiscal policy will likely be the key hurdle for an alliance between SPD, the Greens, and the FDP. In the election campaign, the SPD and the Greens called for higher investment and higher taxes for higher earners, while the FDP rejected tax increases and advocated budgetary discipline.

At the national level, the agreement would maintain the debt brake, an election campaign demand of the FDP. The parties also do not want to introduce “any new taxes on assets” and would not  income tax, corporate tax or value-added tax. The paper does not contain a wealth tax proposal either, as the SPD and the Greens had demanded. 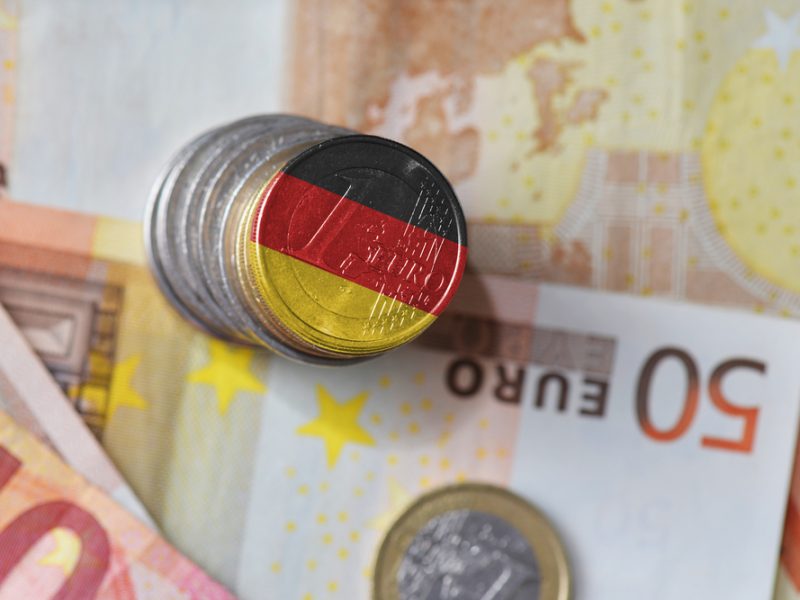 Post-election Germany: back to austerity or fit for a fiscal union?

Germany is heading to the polls on Sunday (26 September) amid intense debate on the future of Europe’s fiscal policy.

Clear on the rule of law

The three parties also want to work to ensure that the EU “protects its values and the rule of law both internally and externally”, although Poland and Hungary, which have repeatedly been criticised for flouting the rule of law, are not explicitly mentioned in the paper.

But Bullmann said a so-called traffic light (red-yellow-green) coalition would make a “clear statement” on the values to which all EU countries must adhere, adding that the Commission had shown “a great deal of hesitation” in this respect in recent years.

Protecting human dignity and fundamental rights, press freedom and the independence of courts are “the highest goods”, according to all three parties.

“And I don’t believe that a federal government led by us will look the other way if there are further violations of European rights in the member states,” Bullmann said.

In their agreement, the parties also focused on climate protection. According to the paper, they want to support the European Commission’s proposal to end the internal combustion engine. As part of its Fit for 55 climate package, the Commission had proposed to allow only carbon-neutral vehicles from 2035.

The parties also want to make Germany the “lead market for electromobility” and “massively accelerate” the expansion of the charging station infrastructure for electric cars. But, although the SPD and the Greens had requested it, no speed limit on motorways was featured in the agreement.

The SPD party executive and the so-called small party conference of the Greens have already given the green light to enter coalition negotiations. The FDP is expected to agree to enter  negotiations on Monday (18 October). 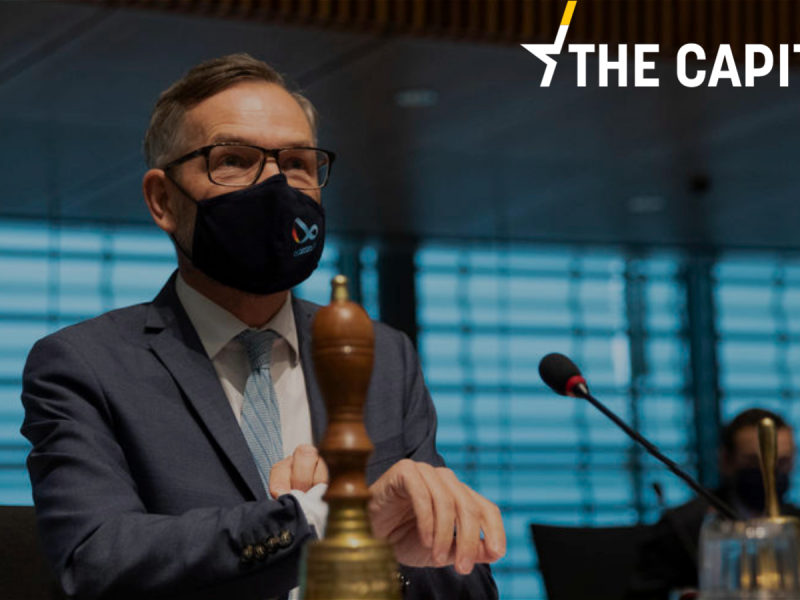 Germany’s Europe Minister Michael Roth said on Tuesday that the EU had not been firm enough in upholding the rule of law and had lost credibility with countries that do not respect it.

“I want to be very honest. The EU has not been firm enough in defending and …