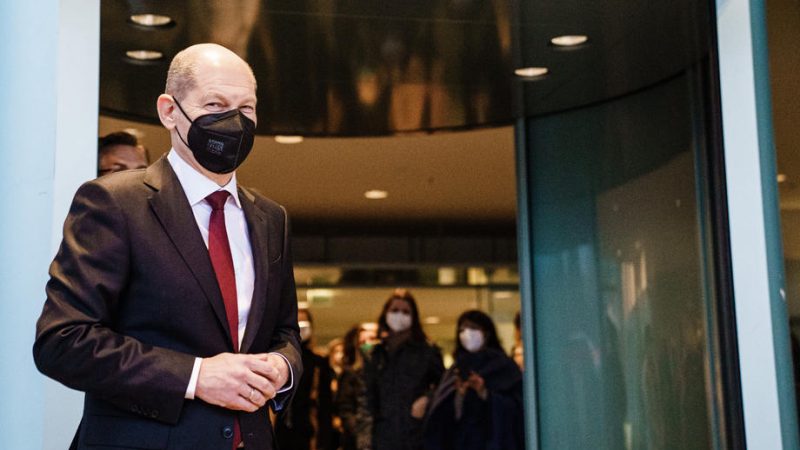 The future “traffic light” coalition of the Social Democrats (SPD), the Greens and the liberal business-friendly FDP intends to build on the country’s previous efforts to create a “strong, sovereign and open European Union”, Scholz said on Tuesday.

On Friday, Scholz will already make his way to France to discuss the next course of action to be taken on EU policy.

“Chancellor Scholz’s first visit abroad is an expression of the close ties and friendship between Germany and France,” the chancellery announced on Wednesday.

“We will write the next chapter together. For the French, for the Germans, for the Europeans. See you on Friday!” French President Emmanuel Macron wrote on Twitter, just shortly after Scholz was sworn in.

A press conference is to be held on Thursday, where Macron intends to present his vision of the EU ahead of the upcoming French EU Council presidency. The French leader is also expected to address the ambitious proposals for EU reform enshrined in the German coalition agreement agreed between the three parties.

Some of the proposals include strengthening the competencies of the European Parliament and taking more vigorous action against rule of law violations by EU countries like Poland and Hungary. Also featured in the coalition agreement is the goal of developing a fully-fledged European federation.

Scholz’s next stop on Friday will be Brussels, where he is set to meet European Commission President Ursula von der Leyen and EU Council President Charles Michel to prepare for next week’s EU summit, but also NATO Secretary-General Jens Stoltenberg.

At the same time, Germany’s new foreign minister, Annalena Baerbock, was set to travel to France already on Wednesday, making this her first trip abroad in her new role. A meeting with her French counterpart, Jean-Yves Le Drian, is planned for Thursday morning, her new ministry announced.

On Thursday afternoon, Baerbock will join Scholz in Brussels, where talks are reportedly planned with EU chief diplomat Josep Borrell and NATO’s Stoltenberg. Baerbock will continue her travels on Friday and meet Polish Foreign Minister Zbigniew Rau in Warsaw.

While Baerbock already has quite a few visits lined up, the first conflicts in the distribution of competencies in foreign and EU policy are also becoming apparent.

While the Greens demand that the foreign ministry, which they hold, take the lead in foreign policy agenda, the Social Democrats want the chancellor’s office to have leadership competencies.

In an interview with public broadcaster Deutschlandfunk, SPD parliamentary group leader Rolf Mützenich stressed that foreign policy “is steered in particular by the foreign ministry”.

On Wednesday morning, the Bundestag endorsed Scholz as Germany’s chancellor with 395 votes. After he was sworn in by President Frank-Walter Steinmeier, Angela Merkel handed over the reins of government to Scholz in the afternoon, marking the formal end of her 16 years in power.

Despite the difficult negotiating situation and the sometimes serious differences in the party programmes, the coalition negotiations were wrapped up relatively quickly – even faster than in the last two government formations.

While the FDP and the Greens are confident that the coalition will continue into the next legislative period, the German population is much more critical.

According to a YouGov poll, two-thirds of Germans do not believe that Scholz will last longer than four years, while 20% of those surveyed believe the SPD-led coalition will break up even before the next federal election.