Martin Schulz has a fine balance to strike [European Parliament]

Party chief Martin Schulz will ask the deeply divided SPD to give him the green light for exploratory talks on joining Merkel in another coalition government starting in early 2018.

Another option for the SPD, Germany’s second-biggest party, would be to allow Merkel to run a minority government — though she has so far rejected this option as inherently unstable. 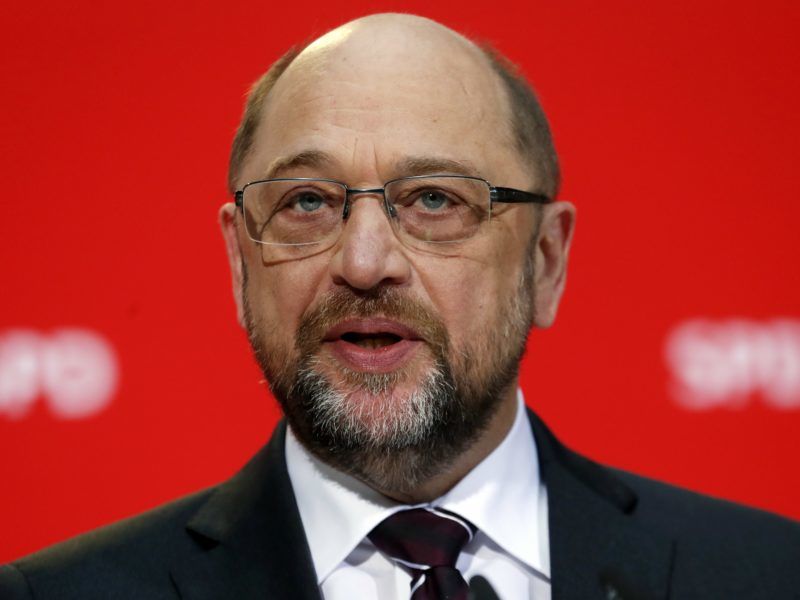 The head of Germany’s Social Democrats, Martin Schulz, said on Monday (4 December) he had been urged by French President Emmanuel Macron and other European leaders to join Chancellor Angela Merkel’s next government and push for EU reforms.

For Schulz, a willingness to at least sound out a power pact with Merkel represents a U-turn after he repeatedly vowed to go into opposition after his party’s dismal showing in the September 24 elections. 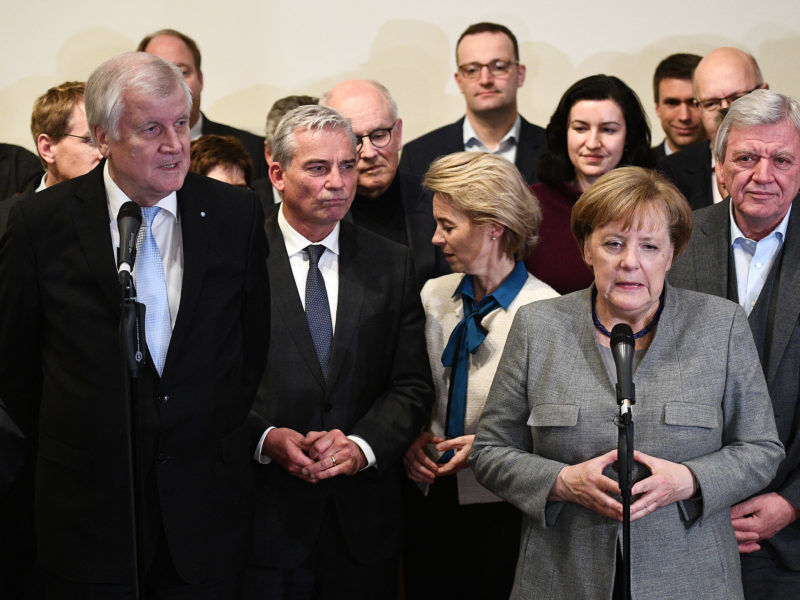 At the three-day SPD congress in Berlin, he will face fierce opposition, especially from the party’s youth wing, which bitterly rejects the humiliating option of the SPD again playing second fiddle to Merkel in a so-called grand coalition.

“The Social Democrats once again find themselves in a Catch-22 situation,” said Michael Broening of the SPD-linked Friedrich Ebert Foundation.

“The party fears new elections, loathes another grand coalition, but still does not want to be seen as obstructionist naysayers shying away from civic responsibility,” Broening said.

“That is why their preferred option would be to tolerate a minority government. However, this enthusiasm is neither shared by chancellor Merkel nor the wider German public.” 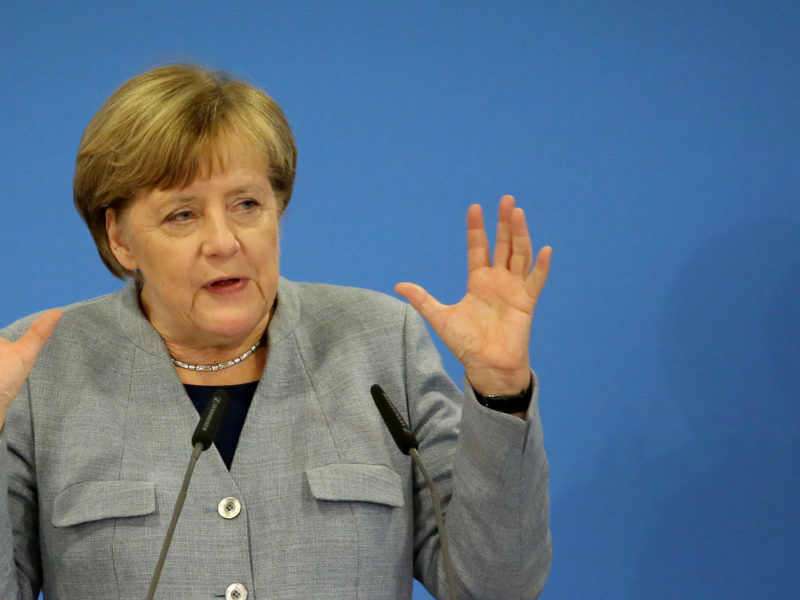 Chancellor Angela Merkel on Saturday (25 November) welcomed the prospect of talks on a “grand coalition” with her Social Democrat (SPD) rivals and defended the record of the previous such government, saying it had worked well.

Given the rocky path ahead, Germany is “unlikely to have a new government before spring”, which begins in March, predicted the SPD’s Olaf Scholz, mayor of the northern city-state of Hamburg.

But he said he did not believe this spelled major problems or political instability for the country, given that a “competent” caretaker government of Merkel’s conservatives and the SPD was in place.

Schulz — the election loser turned potential kingmaker — has said he is in no rush to reach a deal, and that “for us, nothing is predetermined, nothing is automatic”.

He has also vowed to extract maximum concessions for his over 150-year-old labour party, including social welfare gains and steps toward greater “solidarity” in Europe.

The SPD broadly supports French President Emmanuel Macron’s sweeping vision for EU reform as well as a departure from Berlin’s insistence on austerity in crisis-hit economies.

Schulz has said he wants Berlin to assume “a progressive, a more social, a more dynamic policy”.

German Foreign Minister Sigmar Gabriel, another SPD veteran, has also spoken out in favour of EU reform plans such as greater eurozone investment, a common finance minister and the creation of a European Monetary Fund.

Germany had to consider the proposals from a broader perspective than how much they would cost, Gabriel told news weekly Der Spiegel, warning that inaction would be “naive and dangerous for the European project”.

Schulz, who is expected to be re-elected as party chief during the congress, became the SPD’s top candidate a year ago when he won 100 percent party support in January and saw SPD poll ratings briefly shoot up some 10 percentage points.

But over the following months Schulz met the fate of Merkel’s previous challengers, with his campaign — built on fighting social inequality — losing steam amid a string of regional poll defeats.

In the September general election, in which the far-right Alternative for Germany (AfD) protest party siphoned millions of votes from all mainstream parties, the SPD scored just under 21 percent, its worst showing since World War II.

Most members felt that the past four years — in which the SPD was Merkel’s junior partner in the unhappy “grand coalition”, or “GroKo” in German political shorthand — had badly wounded party support and morale.

Thousands of members had already defected from the historical working-class champions when former chancellor Gerhard Schroeder slashed back the welfare state in the early 2000s.

Whatever the outcome of any eventual talks with Merkel, it will have to satisfy the SPD party base, because members will ultimately vote to approve or scrap any coalition agreement.