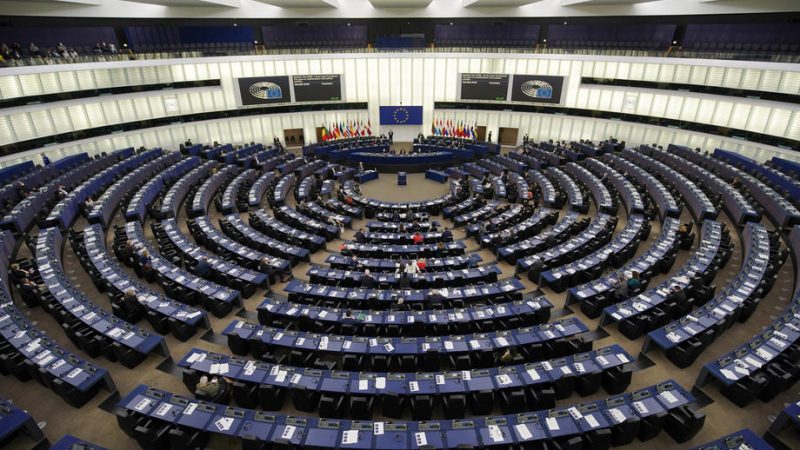 There is a 'good chance' that transnational lists at the European elections 'could fly', according to the MEP seeking to take the proposal into law. [EPA-EFE/RONALD WITTEK]

There is a ‘good chance’ that transnational lists at the European elections ‘could fly’, according to one of the EU lawmakers seeking to take the proposal into law.

“Now we have the buy-in from all the bigger groups, we are certain that we will get it through as the deal stands,” Damian Boeselager, the MEP for the pan-European Volt party who has helped pilot the law through Parliament, told EURACTIV.

The revised European electoral law will be debated and voted on at next week’s European Parliament plenary session in Strasbourg. The draft agreed by the Parliament’s Constitutional Affairs committee provides for 28 transnational seats for the EU-wide constituency on top of the current 705 seats.

The innovation, which could come into force as early as the 2024 European elections, would allow voters to vote for a national party as well as cast a second vote ‘for European parties with the same program and candidates’ across all of the EU.

The idea of a transnational list to elect a proportion of MEPs is not new and has been put on the table at various points over the last fifteen years, but now appears to be closer to becoming reality than before.

In 2015, the proposal for transnational lists was passed by the Constitutional Affairs committee but then voted out in the plenary, after the plan was opposed by the centre-right European People’s Party (EPP).

Introducing transnational lists will lead to “the Europeanisation of the elections,” Boeselager told EURACTIV, adding that it will allow people to “vote for the political direction that you want Europe to take.”

The draft law would also establish the voting age for European elections at 16, although in practice the law would not override national provisions if they already anchor voting rights at 18.

Elsewhere, it establishes the right to run and stand as an MEP candidate at age 18, and provisions for gender equality that would require every party list to have a quota or zipped lists. It also seeks to make it easier for parties to register and requires a democratic process to finalise the setting of party lists, as well as proposing that postal voting should become obligatory.

“I think the Council takes the transnational lists quite seriously,” said Boeslager, adding “there are a lot of countries who are excited or interested by this, but many of them are still formulating their thoughts. Many of the bigger countries are quite positive, but we will have to see.”

He added that there is no blanket hostility to the proposal, unlike in the past.

In the plenary vote on 3 and 4 May, most members of each of the main political groups are expected to support transnational lists. Though the EPP is more divided than others on the issue, the party’s spokesperson on the file will recommend a positive vote.

“There will definitely be a solid majority,” said Boeselager.

The law is one of few where MEPs do not have an equal say with national governments. Boeselager says that he expects Council to “butcher” the draft before sending it back to the Parliament for approval or rejection.

”It is odd that the European Parliament should have so little control over how it is elected,” Boeselager told EURACTIV, adding that “this process leaves us even weaker because there is no trilogue”, a reference to inter-institutional talks between the Commission, Council and European Parliament.

Adopting the law also requires unanimity among the 27 member states in Council.

However, despite the apparent weakness of the Parliament’s bargaining position, Boeselager does not expect the Council to propose an outright rejection, though he expects “a lot of scepticism” about plans to harmonise voting processes and the voting day on May 9.

“I think they understand that our biggest priority is the transnational lists… so I think there is a chance this will fly,” he said.

There is also room to compromise on both the number of seats and the method of their election, as well as the means to ensure that the transnational lists are not dominated by the big member states.

“If you buy the concept then you can play with the number,” said Boeselager.