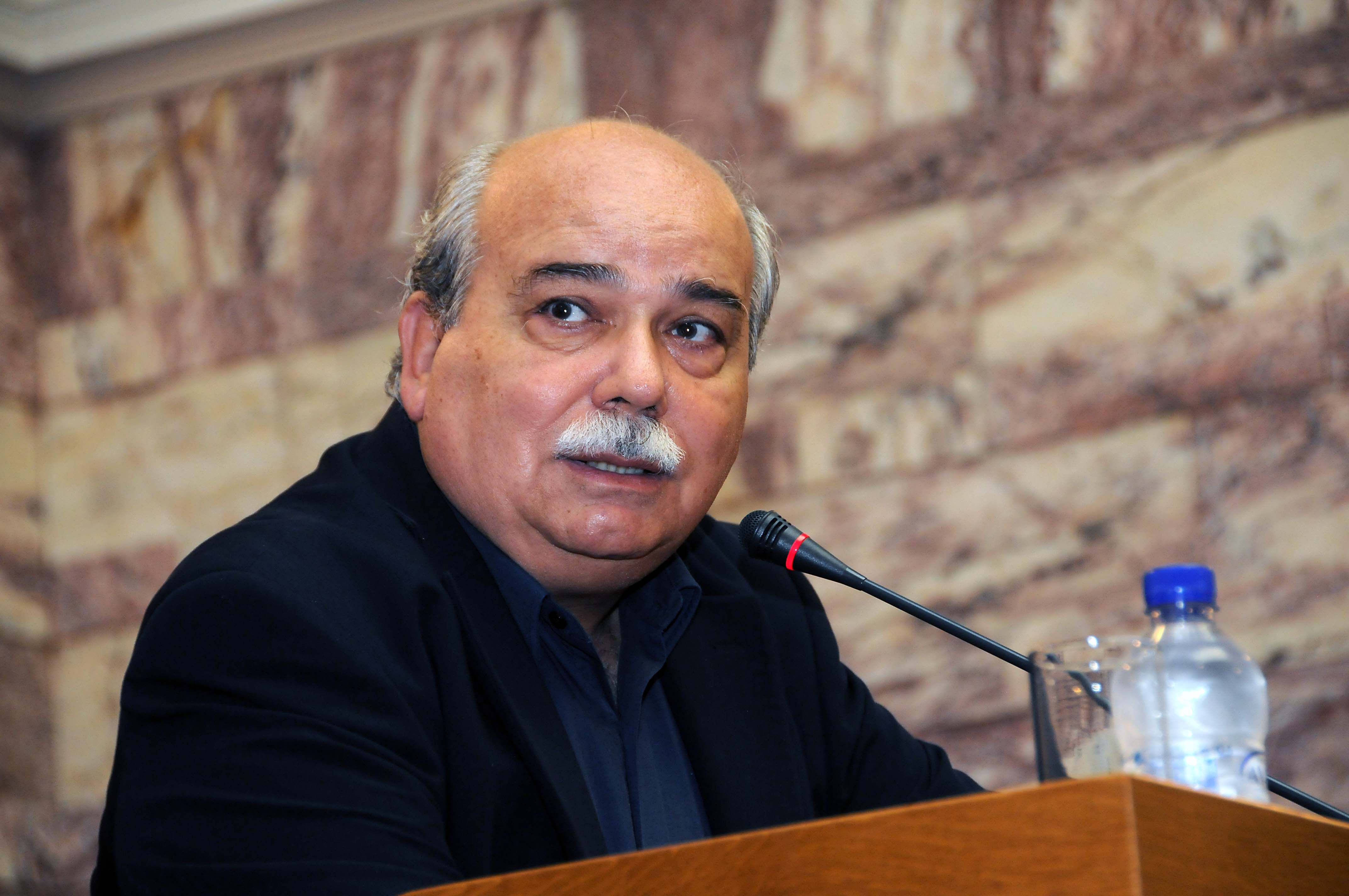 The interior minister of cash-strapped Greece has raised the possibility of fresh elections to give Greeks the last word on the government’s economic policy.

“Those who imagine that the current government is an interlude … are wrong; the people spoke and, if necessary, will do it again,” Interior Minister Nikos Voutsis said during a stormy debate in parliament on a decree forcing public institutions to hand over their cash reserves to the central bank.

The measure, which was debated into the early hours of Saturday, is aimed at helping the government pay civil servants’ wages and service the public debt, while continuing to negotiate with international creditors on reforms needed to secure more bailout funds.

But opposition parties, led by the centre-right New Democracy and the social-democratic Pasok, opposed the decree, calling it “unconstitutional” and accusing the government of dragging its heels in the debt talks.

Voutsis is not the first member of the three-month-old, hard-left Syriza government to raise the spectre of fresh elections.

In March, Finance Minister Yanis Varoufakis mentioned the prospect of holding new elections or a referendum on any new deal with creditors.

But Nikos Filis, spokesman for the Syriza group in parliament, assured that the government “wanted neither early elections nor a referendum”.

“We want a compromise with creditors on the economy’s problems but if the opposition demands that the deal be legitimised by the people, we will not be afraid (of elections),” he said.

Greece’s eurozone counterparts have admonished Athens for its slow progress on agreeing reforms needed to unlock €7.2 billion in bailout cash.

Without the cash injection Greece faces a messy default.

“There remain big, big problems to be solved for Greece,” Eurogroup chairman Jeroen Dijsselbloem said after a meeting of eurozone finance ministers in Latvia Friday.