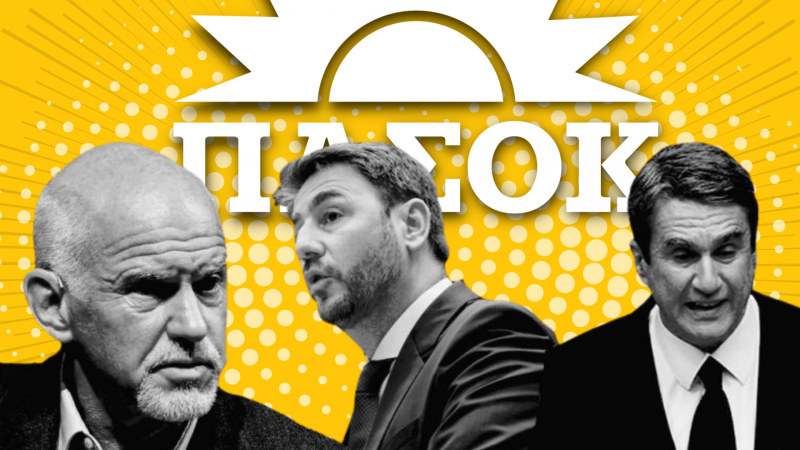 The Greek socialist party (Movement of Change – Pasok) holds primaries on 5 December to elect its next leader. The outcome of the vote could well determine whether the next coalition government in Greece will lean to the left or the right.

Six candidates will run for the party’s leadership, including former Prime Minister George Papandreou, MEP Nikos Androulakis and lawmaker Andreas Loverdos, currently leading the polls. However, none of them are expected to win outright on the first ballot, and a second-round is expected.

The party’s former leader, Fofi Gennimata, died in October after a lengthy period of cancer treatment.

Pasok, the official member of the Party of European Socialists (PES) in Greece, saw its popularity collapse after its government, led by Papandreou, signed up to the country’s first bailout. Since then, Pasok has been supplanted by the ruling right-wing New Democracy party (EPP) and main opposition leftist Syriza party (EU Left).

Critics suggest that the ideological orientation of the next Pasok leader will also determine future government alliances and turn the party into a potential kingmaker in future elections.

Papandreou is considered sympathetic to supporting left and progressive political forces, while Loverdos is leaning more toward the right. Loverdos does not recognise Syriza as a progressive party.

MEP Androulakis has not taken a clear position, meanwhile.

The rise of socialists after German election

According to data gathered by Europe Elects for EURACTIV, the victory of the SPD in the German election and the so-called ‘traffic light’ coalition with the liberal FDP and the Greens has prompted a slight polling rise for other socialist parties across the EU.

“We have to build progressive majorities wherever it is possible. The grand coalition has traditionally been an alliance of last resort,” Udo Bullmann, the chief negotiator for the SPD in the coalition talks on EU affairs, told EURACTIV.

“We must find new alliance partners; may they be in the liberal spectrum or on the left for reform, progress and a social-ecological turn-around. We have seen that a grand coalition may lead to deadlock and missed opportunity, also in the European sphere,” he added.

Referring to Greece, Bullmann said in the last decade, it has been through multiple crises, and “progressive” forces have helped the country get out of the impasse.

“Conservative austerity politics have worsened the many crises Greece had to go through, and without progressives in the lead, the recovery as of now would not have been possible,” he said.

Greece officially exited the bailout when former leftist Prime Minister Alexis Tsipras (Syriza) was in power. Tsipras has said he aims to create an alliance with all progressive forces in the country.

Tsipras is invited as an observer to the pre-summits of the European Socialist Party (PES) and was backed by socialist leaders during the bailout talks and the migration crisis.

Greek socialists complained in 2018 about the collaboration between EU socialists and Tsipras.

“Beyond party labels, it is the right ideas that matter,” Bullmann had commented back then.

However, this time Bullmann refused to be drawn on the ongoing talks in the Greek socialist party, saying that building a progressive coalition always necessitates a backdrop of specific national conditions and “depends on various factors that only our respective partners can determine”.