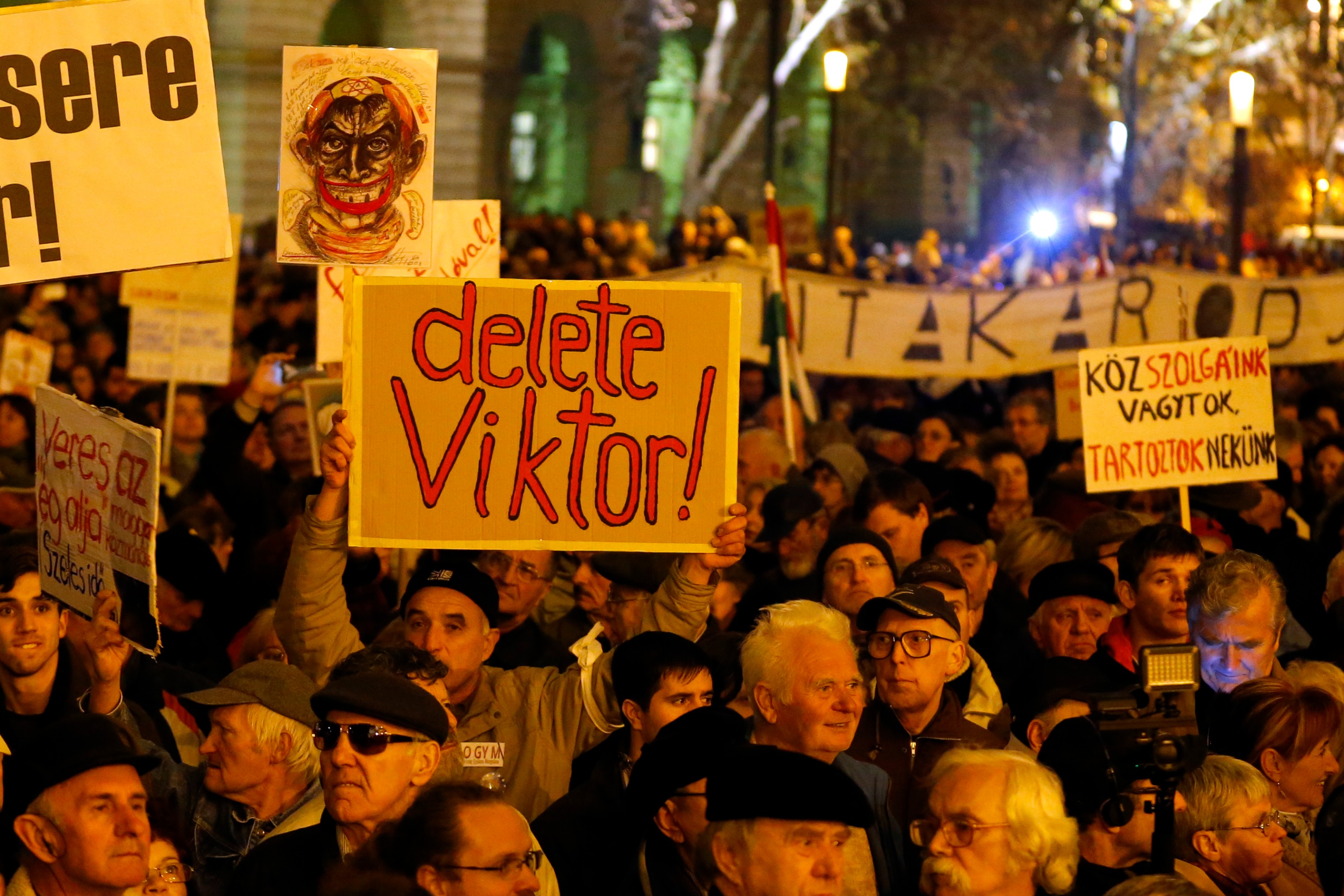 More than 10,000 Hungarians rallied in Budapest yesterday (17 November) to demand the resignation of Prime Minister Viktor Orbán, accusing him of employing corrupt public servants and cosying up to the Kremlin.

The numbers who turned up at parliament for the rally – billed by organisers as a “Day of Public Outrage” – were much smaller than the crowds which protested a planned tax on the Internet last month and forced Orbán to shelve the plan.

Alleged corruption has become a new rallying cry for Orbán’s opponents after the United States said it was barring entry to six Hungarian public servants, including the head of the tax authority, on suspicion of being associated with graft.

The protesters chanted “Orbán go away!” and held up banners with slogans including: “We don’t pay tax to criminals”. They chanted “Europe, Europe!” after two people lowered a European Union flag from a window of the neo-gothic building.

Orbán has raised concern in the United States and European Union with policies that his critics say have penalised big businesses, limited democratic freedoms and pulled Hungary closer into the Kremlin’s orbit.

Tax chief Ildikó Vida said early this month she was one of several people – including government officials – who were barred entry from the United States on charges of corruption. She denied any wrongdoing.

The Internet tax and the corruption allegations have slightly weakened public support for Orbán’s centre-right Fidesz party, but it still leads by a huge margin over the fragmented opposition, which includes several left-wing parties, and the far-right Jobbik.

One banner at Monday’s protest read “People against corruption, so much for the two-thirds,” referring to election victories in which Fidesz secured two-thirds parliament majorities in 2010 and then again in April this year.

Several opposition politicians were in the crowd but there were no party symbols, as requested by the organizers.

Protest organisers — a loose collective of students, activists and artists — have said that they have tapped into a groundswell of indignation.

One protester, Gyorgy Brull, said he and millions of Hungarians had no party to vote for. “I have clear ideas on what country I would like to live in,” the 57-year old winemaker said. “But I still do not see who could represent that in a coherent way.”

0 responses to “Hungarians protest Orbán’s closeness to the Kremlin”