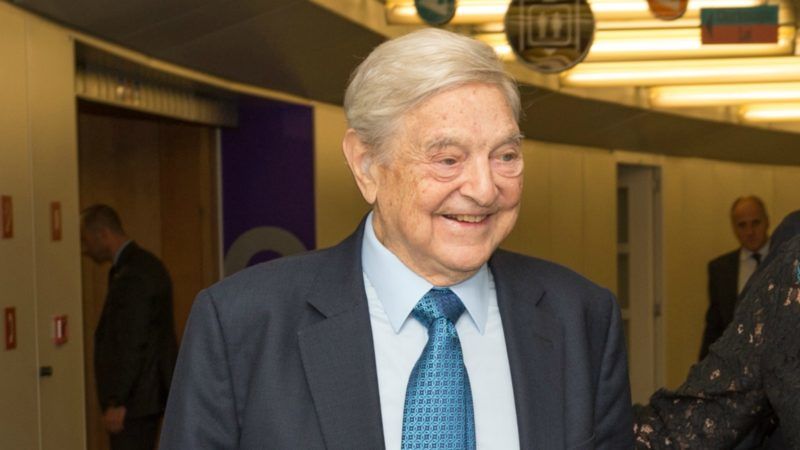 The Central European University (CEU) said yesterday (29 March) that the bill proposed this week was unacceptable and that it threatened academic freedom in Hungary, whose Prime Minister, Viktor Orbán, has clashed with Soros-funded organizations.

CEU rector Michael Ignatieff met with Education Secretary Laszlo Palkovics late on Wednesday and told him the university demanded the bill be withdrawn and that rules ensuring foreign universities can operate freely are put in place.

The government said it was open to negotiations but would not withdraw the bill.

“The government does not consider it justified to withdraw its proposals to modify the higher education laws, including the operating conditions of foreign higher education institutions in Hungary,” the ministry told state news agency MTI.

Orbán has criticised civil society organisations funded by Soros which espouse an Open Society model at odds with his own preferred “illiberal democracy”. One flashpoint has been migration.

The right-wing premier, who himself once benefited from a Soros-funded scholarship, says NGOs which receive funding from abroad meddle in Hungarian affairs and plans to tighten rules governing them in a widely criticised crackdown.

The bill proposed this week singles out the CEU – a stalwart of liberal international education in Hungary – with a set of rules it might find prohibitive for continued operations, university leaders said on Wednesday.

One is a requirement to operate a campus in its home state of New York, the other is a bilateral agreement of support between Hungary and the United States.

Palkovics told MTI he would be open to hammering out a bilateral agreement with the State of New York, which has jurisdiction in education matters, instead of the U.S. federal government.

That would make such an agreement far more likely than with President Donald Trump, who has exchanged tough words with Hungarian-born Soros several times in recent years.

The bill’s requirement of operating a campus in the university’s home state puts extra burdens only on CEU, as all other foreign universities have a home campus already.

Founded in 1991, the Central European University operates exclusively in Budapest but offers diplomas recognised both in the European Union and the United States.

Ignatieff told a press conference on Wednesday that CEU would not discuss the current bill, only a new future legal text that offers international guarantees for free continued operations “in perpetuity”.

“Trust has been broken … A purely domestic remedy is no longer sufficient,” he said. “We will never close this university and we will maintain academic programs no matter what … We have done nothing wrong.”