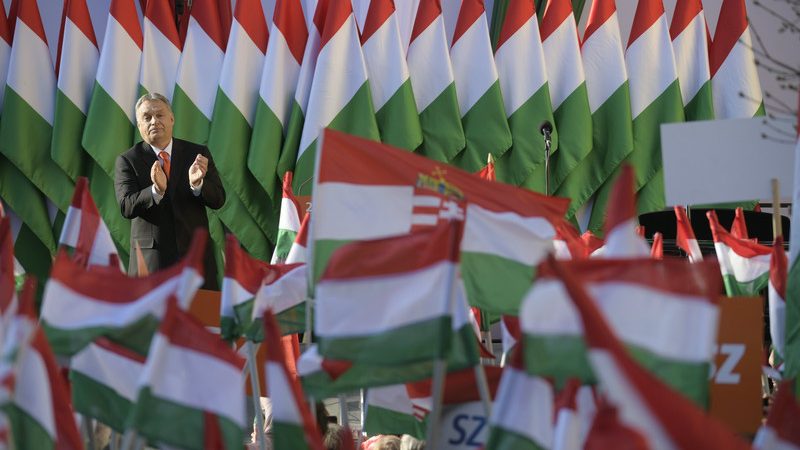 Hungary’s government will refund $2 billion of income tax to families in early 2022 and also plans a big hike in the minimum wage, right-wing Prime Minister Viktor Orbán told the opening session of parliament on Monday (20 September), setting the stage for next year’s election.

Orbán, who faces a parliamentary election that is shaping up as a competitive race for the first time in a decade, said the economy’s sharp rebound from the coronavirus pandemic provided room in the budget for the measures.

Hungary raised about €4.4 billion on international markets last week in a surprise bond issuance to help cover rising spending and a likely delay in the arrival of European Union COVID-19 recovery fund money due to a row between Brussels and Budapest over gay rights and media freedoms.

Orbán has already showered the electorate with handouts, including generous home-renovation grants, and last week extended a moratorium on loan repayments for vulnerable groups until mid-2022.

He said the economy was set to grow more than 5.5% this year, and that there was already a shortage of labour.

The government will issue the tax refunds to all families next February. The payments will be capped at the level of income tax paid by someone earning the average wage.

“In total, the tax authority will refund 600 billion forints (€1.7 billion) to 1.9 million parents,” Orbán told parliament, importing an electoral recipe from his Polish allies, the populist and nationalist Law and Justice (PiS) party.

Poland’s ruling party had introduced a scheme giving families 500 zlotys per month for each child and also exempted most people aged under 26 from the obligation to pay income tax.

Orbán reiterated that an exemption from personal income tax for those under 25 will come into force next year.

Pensioners will also get an extra payment due to rising inflation, he said.

Opposition parties said the wage hike had been long overdue, and sharply criticised the government for what they said was rampant corruption, surging prices and a widening wealth gap.

“Three things have grown in Hungary….your luxury, the size of yachts and poverty,” said Peter Jakab, leader of the opposition Jobbik party. “Prices are sky high.”

According to four opinion polls conducted in August, Orbán’s Fidesz and the broad alliance of opposition parties are running neck-and-neck. The election is expected to be held by next spring, although no date has been set yet.

Orbán, who has grown increasingly radical on social policy to protect what he says are traditional Christian values from Western liberalism, reaffirmed his support for a law that EU leaders say discriminates against gay and transgender people and goes against EU values.

The law, passed in June, bans the “display and promotion of homosexuality” among under-18s.

“We do not allow room for any kind of sexual propaganda targeted at children,” Orbán said.