At a triumphant gathering of some of the continent’s most prominent far-right personalities, leaders urged closer cooperation to build upon recent electoral gains.

“This is great news for Europe,” said Le Pen, who made it to May’s presidential run-off in France before losing to Emmanuel Macron.

“These electoral successes show that… the future rests with the nations, with a Europe of the people, a Europe of cooperation,” she added, calling the FPÖ’s success a “truly historic event”.

His Freedom Party got the interior, defence and foreign ministries in the Austrian government it formed with the conservative People’s Party of future Chancellor Sebastian Kurz.

“Let that be an example for all the political elite that it is much wiser to work together to achieve good policies and strengthen our border and diminish immigration and be rougher on crime – everything that is happening in Austria today,” added Wilders, head of the Dutch Party for Freedom, the largest opposition party in the Netherlands.

Wilders also said that “Russia should be an ally”, calling the EU’s stance on Russia, including sanctions over Moscow’s 2014 annexation of Crimea from Ukraine, “a total disgrace”.

Both far-right leaders were in Prague for a conference of Europe of Nations and Freedoms (ENF), a European Parliament group established two years ago.

Far-right politicians espousing anti-migrant and anti-EU views discussed cooperation within Europe outside EU bodies at the conference which brought together politicians from the FPÖ, Italy’s Lega Nord and the Alternative for Germany (AfD).

Czech police tightened security as left-wing groups announced several protests, including a blockade of the suburban area of Prague where the conference is held.

About a hundred protesters blocked an access road, carrying banners saying “Sort waste, not people” and “We don’t want a Jurassic Park of nationalists here.”

Another group blocked the entrance to the hotel, chanting “corrupt journalists” at those trying to enter.

Police also had their hands full with Wilders, who is facing death threats over his fiery anti-Islam rhetoric.

Geert Wilders stands with Eastern Europe against the EU and Islamisation https://t.co/IFDsRi6v6N

Le Pen and Wilders also hailed the success of the far-right Czech SPD party in general elections in October.

Led by Tokyo-born entrepreneur Tomio Okamura and running on a staunchly anti-EU and anti-Islam platform, the SPD (Freedom and Direct Democracy) scored 22 seats in the 200-member Czech parliament.

Okamura, a deputy parliament speaker, hosted the Prague conference of the ENF.

Fashfest 2017 in Prague in a few days. Okamura's SPD party secretary has called for the gassing of Jews, gays and Roma. Clearly, Le Pen & Wilders have no issue with this. pic.twitter.com/uNv1NnPuoU

Days ahead of the conference, Okamura received backing from Czech President Miloš Zeman, a veteran leftwinger known for his pro-Russian, pro-Chinese and anti-Muslim rhetoric, who attended an SPD congress last weekend.

Zeman, who once called the migrant crisis “an organised invasion” of Europe and Muslims “impossible to integrate”, is the odds-on favourite in a two-round presidential election slated for January.

The Czech Republic, which vehemently opposes the EU’s quota system for distributing migrants among its members, has received only 12 migrants under the scheme. 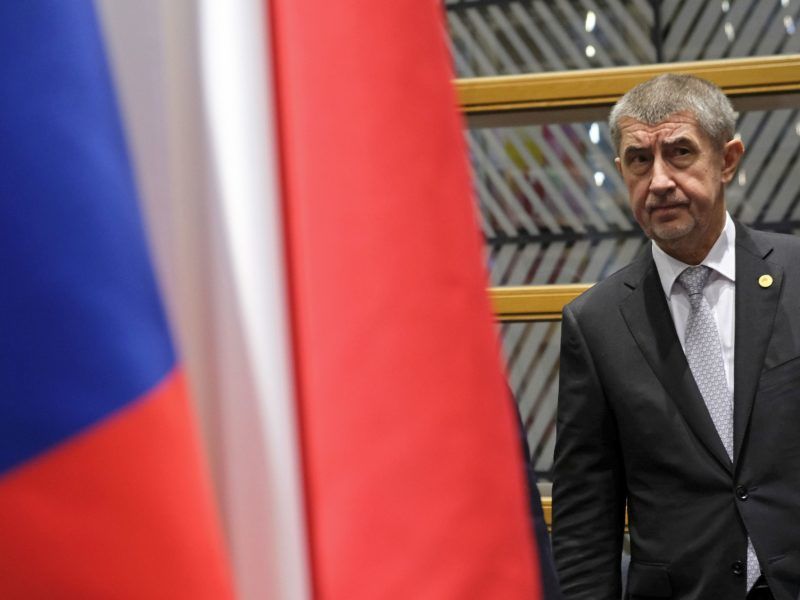 Overall, migrant numbers from the Muslim world are very low in this EU member of 10.6 million people as refugees prefer wealthier European countries such as Germany or Sweden.