The former Polish prime minister, who some believe is eyeing a political comeback at home once his EU term ends in November, was testifying before a parliamentary committee investigating value-added tax (VAT) fraud.

The Law and Justice (PiS) party in power since 2015 has accused the previous centrist governments of Tusk and another former premier Ewa Kopacz of not having devoted enough resources to the fight against the fraud.

They claim that this has led to state budget shortfall of up to an estimated 250 billion zloty (€59 billion).

Tusk called the accusations “odious and absurd”, arguing it was “all propaganda” in the run-up to the October general election and that prosecutors “never showed an interest” in the case.

Speaking to reporters, he called the committee’s work “political abuse of power”. Most of its members belong to the PiS.

He has already been questioned as a witness in investigations into the 2010 presidential jet crash in Smolensk, Russia which killed then Polish head of state Lech Kaczynski and 95 others. 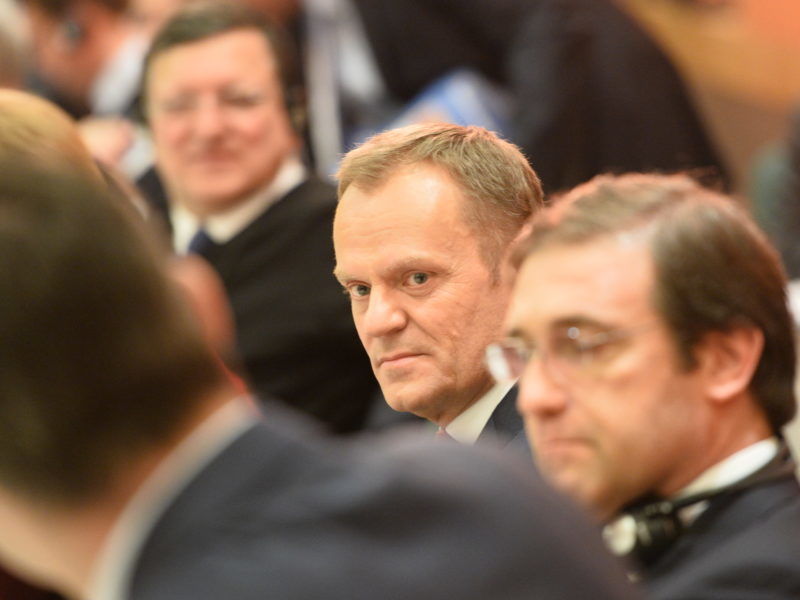 Last year Tusk had to appear as a witness in an investigation of two former military counter-intelligence chiefs accused of overstepping their duties.

He has denounced the set-up as “politically motivated” and deliberately used to prevent him from exercising his mandate as Council President.

Commission President has stated that he wishes Poland treats Tusk with dignity.

Poland should treat EU president Donald Tusk in a dignified manner, the European Commission said today (20 April), after the former Polish premier was grilled for eight hours in Warsaw in an intelligence probe.

Presidential elections are due in Poland in 2020. Tusk, whose mandate as Council President expires in December 2019, is widely expected to run for President.  The incumbent president Andrzej Duda is eligible for re-election.