Irish Prime Minister Leo Varadkar said for the first time on Wednesday (22 January) that he would consider entering an unprecedented coalition government with the country’s second-largest party and historic rival Fianna Fáil (affiliated to Renew Europe) after next month’s election.

Varadkar’s Fine Gael party (EPP-affiliated) trails its fellow centre-right rival in opinion polls that suggest whichever party finishes on top on 8 February would struggle to form a coalition government with a collection of smaller parties. 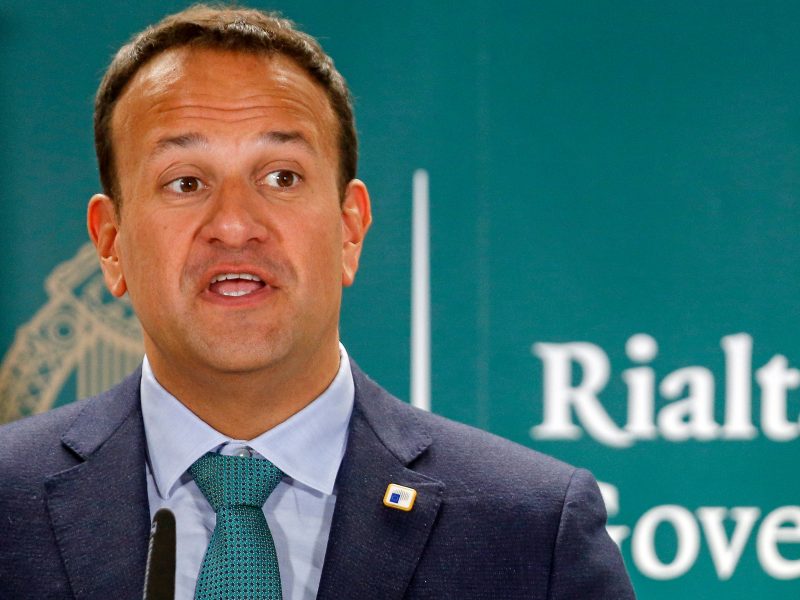 As both refuse to govern with the country’s third-largest party, Sinn Féin (GUE-NGL), that leaves another minority government where one of the main parties props up the other from the opposition benches as the only alternative to a grand coalition.

Varadkar’s predecessor, Enda Kenny, proposed entering such a coalition for the first time after the last election in 2016.

It took Fianna Fáil leader Micheal Martin less than 24 hours for Fianna Fáil to reject that offer and it instead entered a “confidence and supply” arrangement, facilitating the Fine Gael-led minority administration from opposition.

“We have to be grown-ups and my preference would be to form a coalition with old partners, but if the only way that we can form a stable government is for Fine Gael and Fianna Fáil to work together, well I’m willing to do that,” Varadkar said in the first head-to-head televised debate with Martin.

“If it’s the only way. … I’m willing to work with Fianna Fáil whether that means a confidence and supply agreement or whether it means coalition.”

Martin said he believed there was a need for a new government, but was not asked directly if he would consider a coalition with Fine Gael.