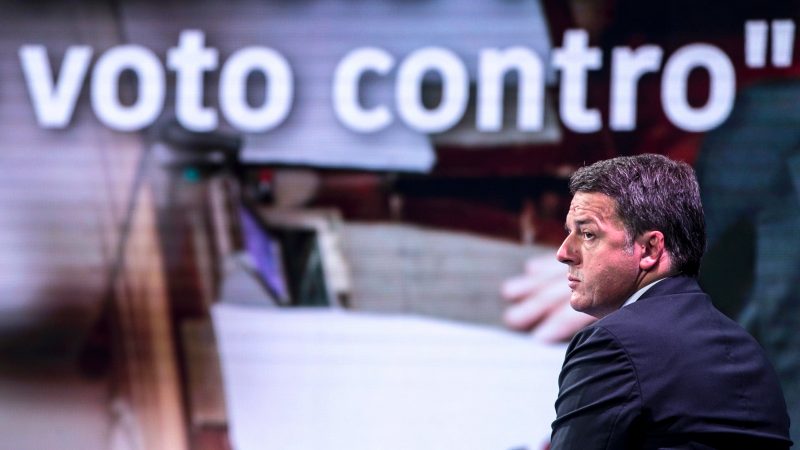 Long-strained relations between the two men have deteriorated markedly in recent weeks, with Renzi calling for radical changes to plans to reboot the economy while also demanding that Conte cede his control over the secret services.

The prime minister has resisted the pressure, saying last week he was prepared to confront Renzi in parliament, effectively challenging him to act on his recent threats and abandon the coalition, thereby triggering an ill-timed crisis.

Renzi told Il Messaggero newspaper at the weekend he would not back down and dismissed suggestions that Conte could persuade a limited number of opposition politicians to prop up the government if his small Italia Viva party walked away.

“If he has decided to go to parliament and see the numbers, we accept the challenge,” Renzi said. “If … he goes under, we have several different solutions that can be assessed by parliament and the head of state,” he added.

A political source said matters could come to a head at a cabinet meeting expected for Jan. 7, when Conte was expected to ask ministers to support his economic recovery plan. If Italia Viva’s two ministers refused, the prime minister would go to parliament and start work on trying to find a new consensus.

Conte’s two main coalition allies, the 5-Star Movement and centre-left Democratic Party (PD), have both urged restraint, but appeared resigned to an eventual face-off with Renzi, who is looking to carve out a strong identity for his group which is struggling in the opinion polls on around 3%.

“At this point, it is difficult to move ahead without a real clarification, in terms of the content and structure of the government,” Luigi Zanda, a senior PD senator, told Corriere della Sera on Sunday.

If the government falls, the coalition parties could seek to draw up a new pact and agree on a new team of ministers, with or without Conte as prime minister. Alternatively, the head of state could try to put together a government of national unity to confront the health and economic crisis.

If all else fails, national elections would have to be held some two years ahead of time, but such an outcome would appear highly unlikely given the COVID emergency in Italy, which has registered 74,985 COVID-19 deaths, the highest toll in Europe and the fifth highest in the world.