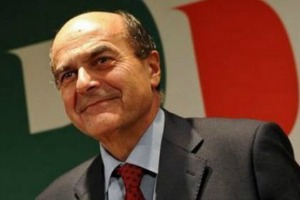 Pier Luigi Bersani, the determinedly prosaic leader of Italy's Democratic Party, promised supporters he would not tell them "fairy tales", after his overwhelming victory yesterday (2 December) at a primary to pick the centre-left candidate in next year's election.

The 61-year-old former communist and practicing Catholic crushed Matteo Renzi, the 37-year-old mayor of Florence who campaigned on a platform of party renewal and generational change.

Now, with opinion polls giving the Democratic Party (PD), Italy's biggest center-left party a healthy lead, he is the clear favorite to succeed Mario Monti as prime minister after an election expected in March.

Bald, unflashy and frequently seen with a stumpy Tuscan cigar clenched between his teeth, Bersani has little of Renzi's slick media appeal but offered a reassuring image to center-left voters, hoping to recapture power after a five-year absence.

"We have to win but we can't win at any price. We can't win by telling fairy stories because you can't govern that way. It won't be easy but the country needs it," he told supporters after the vote.

The son of a mechanic who ran a small petrol station near the northern city of Piacenza, Bersani has traded on his homespun provincial image and pledged to make the concerns of ordinary citizens the main focus of a future government.

Frequently attacked by rivals on the center-right for his communist past as well as his closeness to the Left Ecology Freedom (SEL) party, Bersani's record nonetheless contains little to suggest any unorthodox policy swings.

"He's not particularly radical or imaginative. He's a robust, well-organized leader of the left," said one former center-right minister.

Although many business leaders have said they would prefer to see Monti return for a second term, analysts say that financial markets are likely to take a Bersani victory in the center-left primary in their stride.

Bersani has supported Monti's technocrat government in parliament, accepting unpopular measures that roused the fury of his union allies, including moves to ease restrictions on companies firing workers.

As industry minister in the government of former prime minister Romano Prodi in the 1990s, Bersani's efforts to open up closed sectors of the economy to more competition preceded many similar reforms later attempted by Monti.

An opinion poll from the SWG institute on Friday gave the Democratic Party (PD), 30% percent of the vote, ahead of both the anti-establishment 5-Star Movement led by comic Beppe Grillo on 19.5% and the divided centre-right.

However, before Bersani can make a bid to become Italy's next prime minister, he has to prove he can forge a stable parliamentary majority with smaller coalition partners from the leftist SEL or minority centrist parties.

Should he claim victory in next year's national elections, Bersani is under no illusion life at the top will be easy.

"It won't be simple but we can't ignore the fact that we are facing the greatest crisis of the post-war period and the greatest problem of all is jobs," he said.

President of the Party of European Socialists (PES) Sergei Stanishev said in a statement: "I congratulate Pier Luigi Bersani for his remarkable victory. More than 80,000 Italians decided that he was the best option among the progressive candidates, and I am confident that in the following months many more will realise that he is also the clear choice as Prime Minister of Italy."

Italy's mix of chronically low growth, a public debt mountain of €1.84 trillion, or 120% of GDP, and a struggling governing coalition are causing growing alarm on financial markets.

The country, which has been politically unstable for years, would need at least €600 billion in the case of a bailout, more than the balance of the eurozone's current bailout fund.

Prime Minister Mario Monti, when he took office one year ago, signed up to predecessor Silvio Berlusconi's goal of balancing Italy's budget by next year.

Challenges to that target have grown, however, as the 30-billion euro austerity plan that Monti rushed through at the end of last year, made up largely of tax increases, is partly to blame for this year's recession, which has in turn worsened the outlook for public finances.