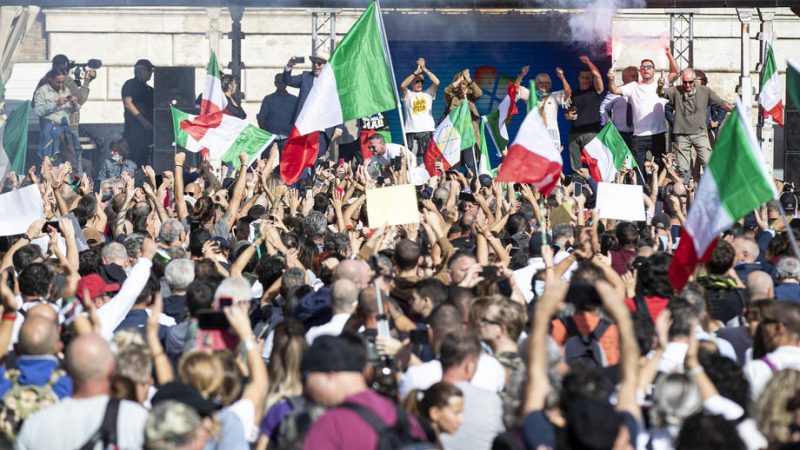 Italian police said on Sunday (10 October) they had arrested 12 people, including top officials of the extreme right-wing party Forza Nuova, following clashes in Rome against a government drive to make the COVID-19 “Green Pass” mandatory for all workers.

Thousands of people took to the streets of the Italian capital on Saturday, with many chanting “freedom, freedom” as some attempted to break past police in riot gear deployed to guard access to Prime Minister Mario Draghi’s office.

Clashes take place between protesters and police in Rome, Italy during the protest against the vaccine passes. pic.twitter.com/ZbR4SHpsh6

A separate group smashed into the headquarters of Italy’s main CGIL trade union.

Draghi introduced the pass – a digital or paper certificate confirming its holder has received at least one vaccine dose, has tested negative or recently recovered from the virus – in the summer to try to prevent infections and encourage people to get vaccinated.

It was initially needed to enter many cultural and leisure venues and its scope has gradually been widened. Last month, the month the government made it compulsory for all workers. 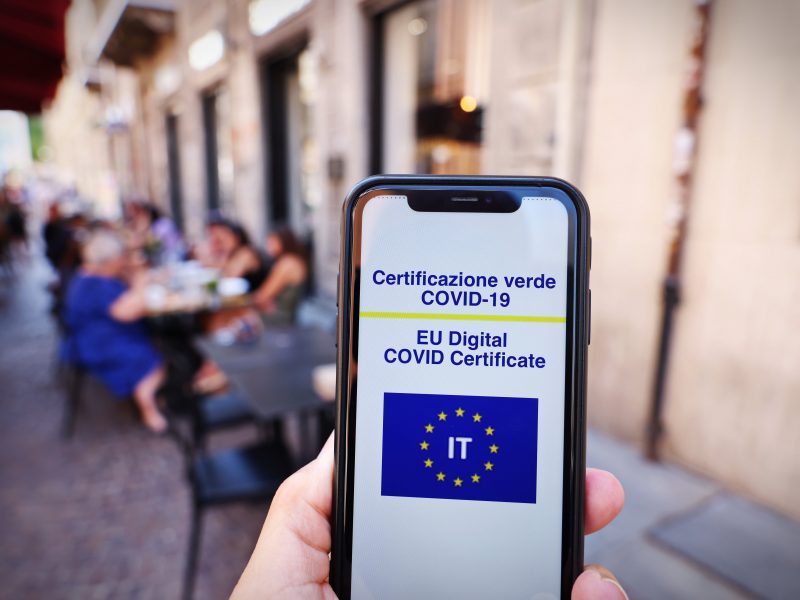 “Do you have your green pass?” Visitors across Italy were being asked the question on Friday as new coronavirus rules for museums and indoor dining came into force — with those answering ‘no’ left frustrated.

Under the green pass system for workers, accepted by unions and employers, any worker who fails to present a valid health certificate from 15 October will be suspended with no pay, but cannot be sacked.

More than 80% of all Italians over the age of 12 have been fully vaccinated.