Italian Prime Minister Giuseppe Conte disembarks from a plane upon landing at the Biarritz Pays Basque Airport in Biarritz on the opening day of the G7 summit in Biarritz, France, 24 August 2019. [Julien De Rosa/EPA/EFE]

Talks between Italy’s anti-establishment 5-Star Movement and the centre-left Democratic Party (PD) to form a new government have hit a stumbling block over the PD’s opposition to Giuseppe Conte being reinstated as prime minister.

The two parties, traditionally bitter foes, started talks on Friday (23 August) to try to reach common ground for a new government after the ruling coalition of 5-Star and right-wing League imploded last week after months of infighting, forcing Conte to resign. 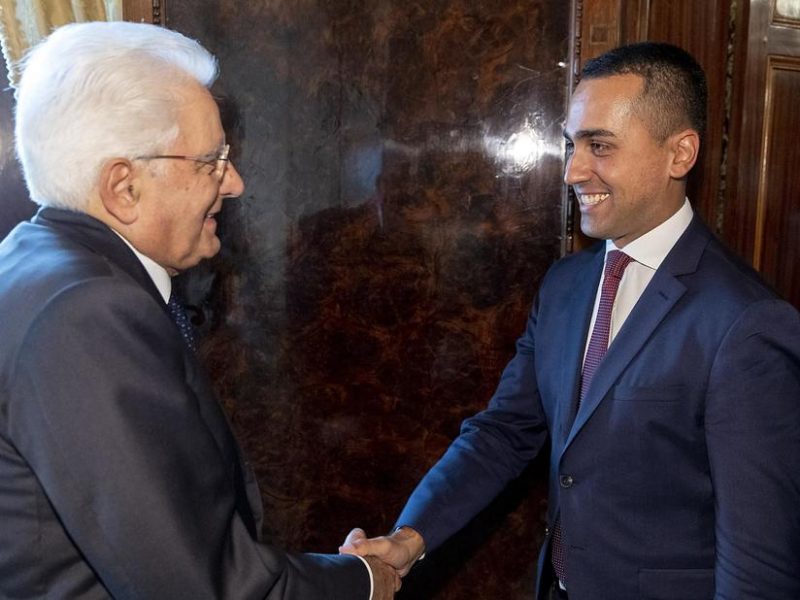 In his first meeting on Friday with 5-Star leader Luigi di Maio, PD chief Nicola Zingaretti said any new government would have to mark a break with the past, including appointing a new leader.

“Nothing personal,” Zingaretti said on Saturday.

In later comments on Facebook he said his party was open to any kind of dialogue on a list of policy priorities put forward by 5-Star. “We will continue to work to try and open a new political season.”

Speaking to reporters in Biarritz on Saturday ahead of the G7 summit, Conte, who has continued to serve in a caretaker capacity, said it was a question of policies and not people.

“The political season (of the 5-Star-League government) is for me something that’s over and done with and cannot be reopened any more,” he said.

A deal between 5-Star and the PD would give Italy a more moderate, Europe-friendly government and force the League into opposition.

The meeting between the two leaders, described as very cordial, followed a previous meeting of emissaries from both parties who said there was reason for optimism.

But amid mutual suspicions and gaping policy differences, both parties are upping the stakes, betting that the other has more to fear from a return to the polls in the autumn.

On Friday, Di Maio said the talks would go nowhere unless the PD agreed to cut the number of lawmakers to 600 from 945.

In a tweet on Saturday, PD lawmaker Andrea Orlando accused 5-Star of continually raising the bar.

“The other day there were 10 priority points, at 2 p.m. yesterday it was a cut in the number of parliamentarians, at 9 p.m. it was Conte or nothing. It’s very hard to go on like this.”

Clouding things further are PD worries 5-Star may be tempted to reopen channels with the League, which has shown signs of regretting its move to scupper the government two weeks ago. Italian newswire Adnkronos on Saturday cited League official Fabio Cantarella as saying the party was ready to offer Di Maio the position of premier in any new government.