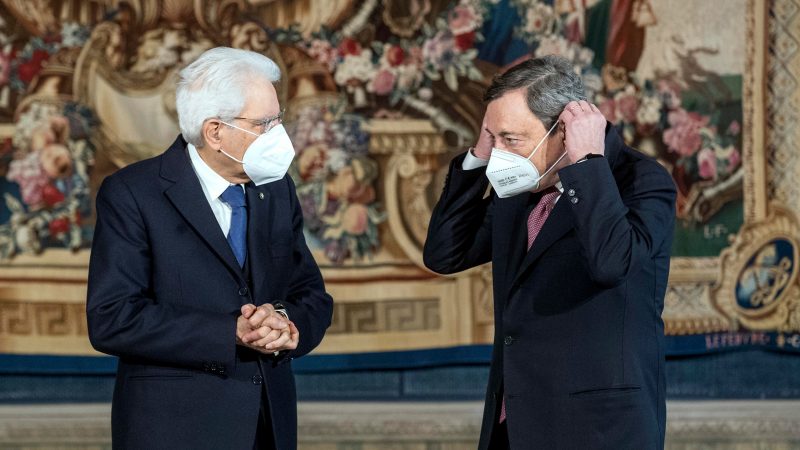 Italian Prime Minister Mario Draghi signalled on Wednesday (22 December) he would be willing to become head of state when the position falls free early next year, saying his unity government had already completed much of its agenda.

Parliament will convene to choose a new president in January, and the former European Central Bank chief is the bookmakers’ favourite to replace Sergio Mattarella, who has ruled out another seven-year term.

Sending the clearest signal yet that he would be happy in the role, a move that could trigger early parliamentary elections, Draghi said his 10-month-old administration had laid the foundations for key work to continue, including implementation of a multi-billion-euro EU recovery fund.

“We have created the conditions for the work to continue, regardless of who is there,” Draghi said at a traditional end-of-year news conference, making clear he was ready to shift roles if parliamentarians wanted it.

“My personal destiny is of no importance, I have no particular ambitions. I am, if you like, a grandfather in the service of the institutions,” Draghi said.

If he switched job, the government would automatically fall, but Draghi said it was important for the broad coalition to remain intact until the scheduled end of the parliamentary term in 2023.

“It is essential for the legislature to continue until its natural end to continue the action of fighting the pandemic, boosting growth and implementing the EU fund,” he said.

The president has become an increasingly powerful role in Italy and has been repeatedly called on to resolve political deadlock after national elections and overcome subsequent coalition crises.

If he became head of state, Draghi would be able to help guide the country from behind the scenes – a potentially reassuring figure for investors long concerned by Italy’s huge debt mountain and notoriously unstable politics.

While the highly respected Draghi is seen as a natural choice by many Italians, a number of party leaders have urged him to remain at the head of the coalition, warning it would to likely to unravel if he left the helm.

If he does become president, his first job would be to appoint a new prime minister and convince party chiefs from both the right and left to remain together in government ranks.

Candidates for president do not usually declare themselves in advance of the election in parliament, which is held via a secret vote of lawmakers from both the upper and lower houses, as well as representatives from Italy’s 20 regions.