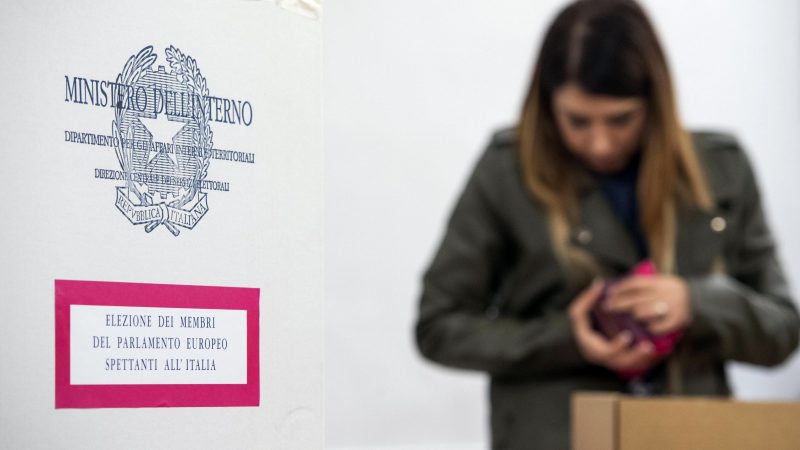 Election officials arrange the ballots of Italian parties for European Parliament election in a table at a polling station on the eve of the European, regional and local election, in Rome, 25 May 2019. [Claudio Peri/EPA/EFE]

Italy’s coalition parties said on Monday (30 September) they were in favour of reducing the minimum voting age to 16, in a move which analysts said would increase the electorate by about 1 million people.

Italy would be the second EU country after Austria to lower the minimum age to participate in national elections below 18, according to the US CIA’s “World Factbook”.

Former Prime Minister Enrico Letta triggered the debate on Monday when he called for the voting age to be immediately lowered after young people flooded the streets of cities around the world to demand political action to counter climate change.

“It is a way to tell those young people … that we take them seriously,” Letta, an academic and member of the co-ruling Democratic Party (PD), told daily newspaper la Repubblica.

Currently Italians have to be 18 to elect representatives to the lower house of parliament and be 25 to vote in elections for the upper house, the Senate.

His call was supported by PD chief Nicola Zingaretti and Luigi Di Maio, the leader of the other governing party, the anti-establishment 5-Star Movement.

“Young people should be respected, listened to and put at the centre of politics,” Di Maio wrote on Facebook.

Several EU countries, including Germany and Scotland, allow 16-year-olds to vote in local elections, but Italy would be the first large European state to allow it in parliamentary elections.

In Hungary, people can vote from age 16 if they are married, otherwise they have to wait until 18.

Prime Minister Giuseppe Conte, a technocrat close to 5-Star, welcomed the proposal and said it was now up to parliament to table a bill on the reform.

“We still haven’t started discussing it in the government but we could do,” he said in an interview on Facebook.

Lorenzo Pregliasco, head of polling and political analysis firm YouTrend, said 16- and 17-year-olds would make up some 2% of the electorate, or just over 1 million out of 50 million eligible voters.