‘It’s not over yet,’ Merkel warns supporters before vote 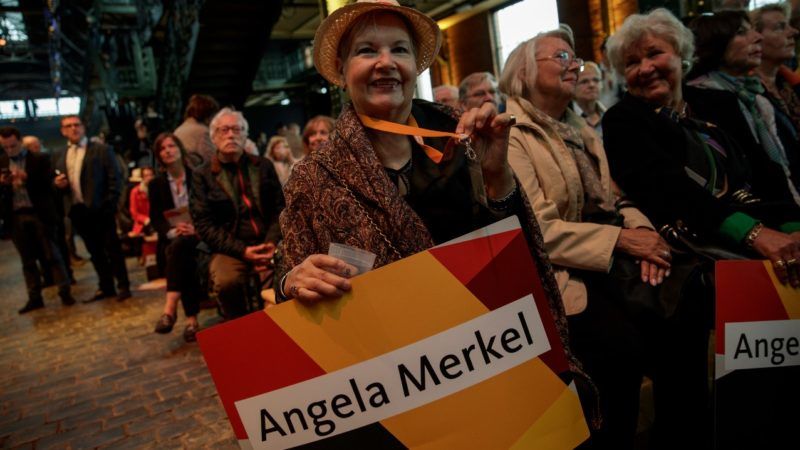 A supporter holds a sign with the inscription 'Angela Merkel' during an election campaign event of the Christian Democratic Union party (CDU) with top candidate for the federal election, German Chancellor Angela Merkel (not pictured), in Hamburg, Germany, 20 September 2017. [Carsten Koall/EPA]

Returning to her birthplace, Chancellor Angela Merkel urged supporters to mobilise undecided voters before Sunday’s election, telling them not to take her conservatives’ solid lead in opinion polls for granted.

Surveys show many voters are still undecided and, with the election likely to return a fractured parliament, she wants to maximise support to bolster her position in coalition negotiations.

“What I’ve heard in the last days is unbelievable … that everything is already decided,” the 63-year-old told a crowd of several hundred packed into the Fish Auction Hall in Hamburg.

“It is not. Every vote counts!”

Noting that the centre-left Social Democrats (SPD), her closest rivals, have not ruled out a left-wing coalition with the Left party and the environmentalist Greens – a tie-up untested at national level – Merkel added: “We live in turbulent times. We can’t afford any experiments.”

“In these times, we need stability and security, and a clear path, both at home and abroad,” she said. 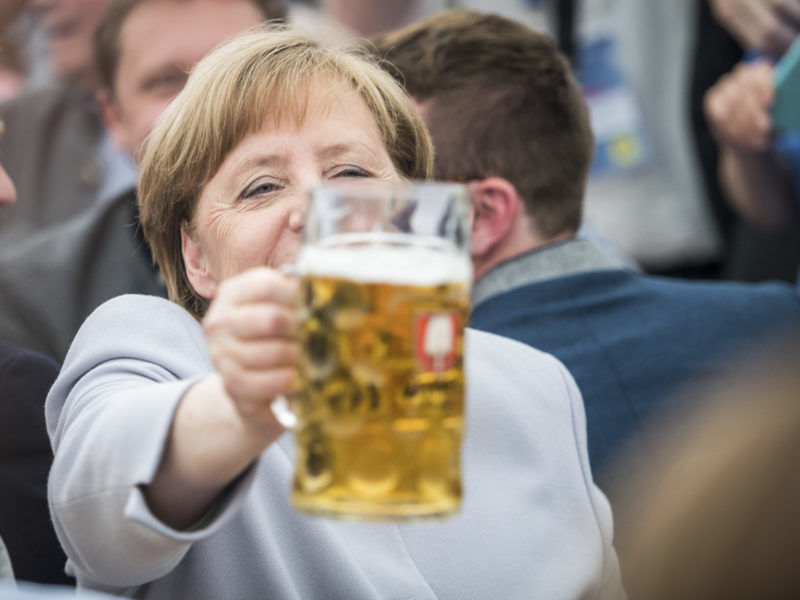 Boring? What’s boring? The punters may have already placed firm bets on Chancellor Angela Merkel to win her fourth term on Sunday (24 September), but Germany’s general election is still turning up surprises.

Before Merkel spoke in Hamburg, a band pumped up the crowd, belting out “Celebration” by Kool & The Gang and Bryan Adams’ “Summer Of ’69′”.

One or two greying supporters stood up and danced.

SPD leader Martin Schulz told broadcaster RTL he believed there could still be a last-minute swing in his party’s favour.

“The experience of all elections, national or international, show that the number of undecided people is growing more and more,” Schulz said. “Everything is still possible.”

A win for him would be against the run of the opinion polls. On Tuesday (19 September), a weekly survey conducted by Forsa showed support for Merkel’s CDU/CSU bloc – known as the ‘Union’ – at 36%, its lowest since April, but still far ahead of the SPD, on 23%.

Attention in Germany is largely turning to who Merkel will govern with after the election, rather than whether she will stay in power.

Latest surveys suggest that only another grand coalition of Merkel’s conservatives with the SPD or a nationwide untested three-way “Jamaica” alliance of the conservatives, FDP and Greens would have a stable majority.

A coalition involving the FDP could limit her room for manoeuvre on pressing ahead with eurozone reform.

Without detailing how she wanted to develop the EU, Merkel delivered an impassioned defence of the European project, saying she regretted Britons’ vote to leave the bloc.

“I could stand here and talk for hours about how arduous Europe often is,” she said, before adding: “It always is worth standing up for Europe, even just because it gives us peace and freedom.” 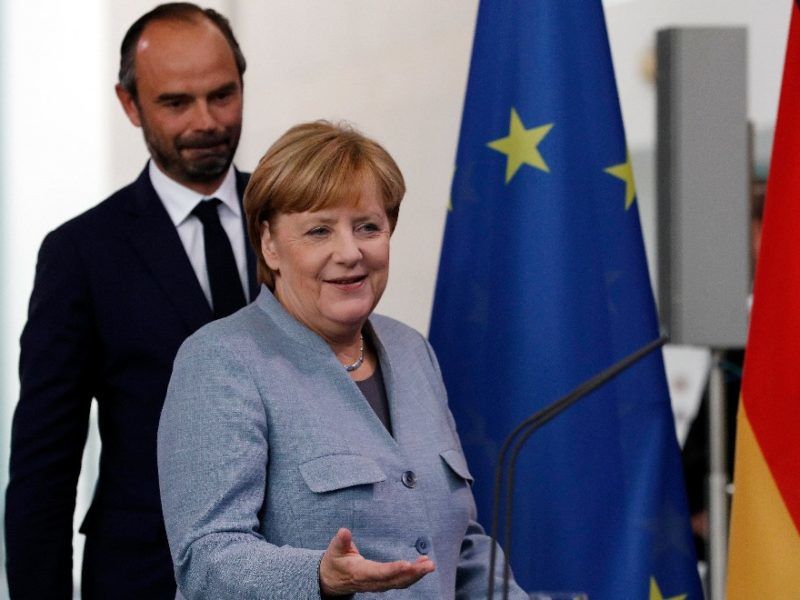