Jourova: EU ‘will start collapsing’ unless it takes on Polish challenge 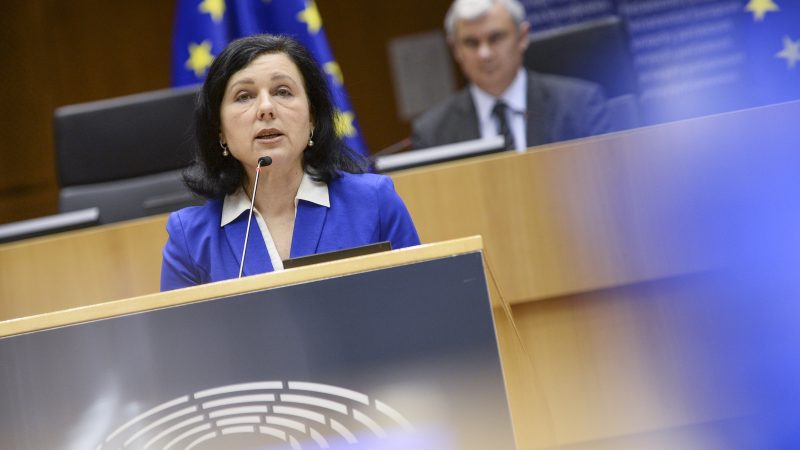 The Commission’s Vice-President for Values and Transparency, Věra Jourová in a file photo. [Pool/EPA/EFE]

Poland’s constitutional tribunal ruled against the central tenet of European integration last week, sharply escalating a row over fundamental values between eurosceptics ruling in Warsaw and most of the other 27 EU countries. 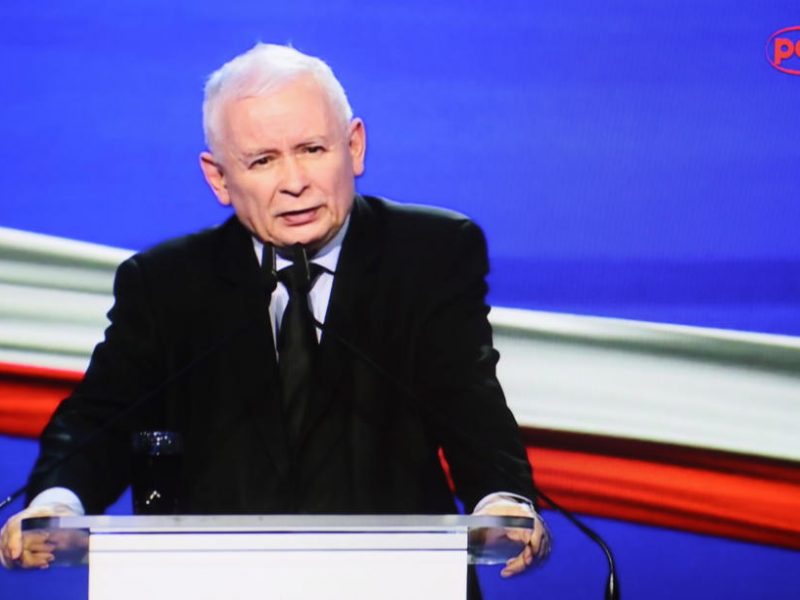 More than 100,000 people protested in Poland on Sunday in support of the EU, sounding the alarm about what they fear is a prospect of their country following Britain and leaving the bloc in a “Polexit”. 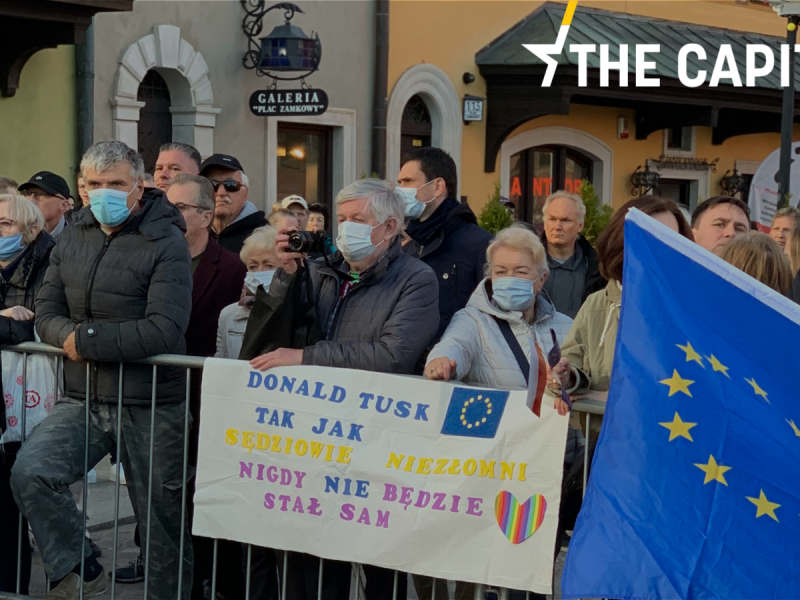 On Sunday (10 October), some 200,000 people in 126 towns and cities across Poland, the rest of Europe and the world demonstrated against last week’s decision of Poland’s Constitutional Tribunal that ruled EU basic treaties are partially illegal.
In Warsaw, up …

“If we don’t uphold the principle in the EU that equal rules are respected the same everywhere in Europe, the whole Europe will start collapsing,” said Jourová, member of the EU Commission from Poland’s neighbour, the Czech Republic.

“That is why we will have to react to this new chapter which the Polish constitutional court started to draw,” said Jourová, in charge of values and transparency at the executive European Commission.

One way or another, the tribunal ruling is likely to cost Warsaw.

It follows prolonged and divisive disputes in which Poland stands accused by many Western countries, international rights watchdogs and advocates of curtailing the independence of media and courts, as well as infringing on the rights of women, migrants and LGBT people since the Law and Justice (PiS) party won power in 2015.

The commission, the guardian of EU treaties, is already withholding its approval for Poland’s recovery plan necessary to let Warsaw to tap into billions of euros available on top of other handouts from the bloc and meant to help revive economic growth mauled by the coronavirus pandemic. 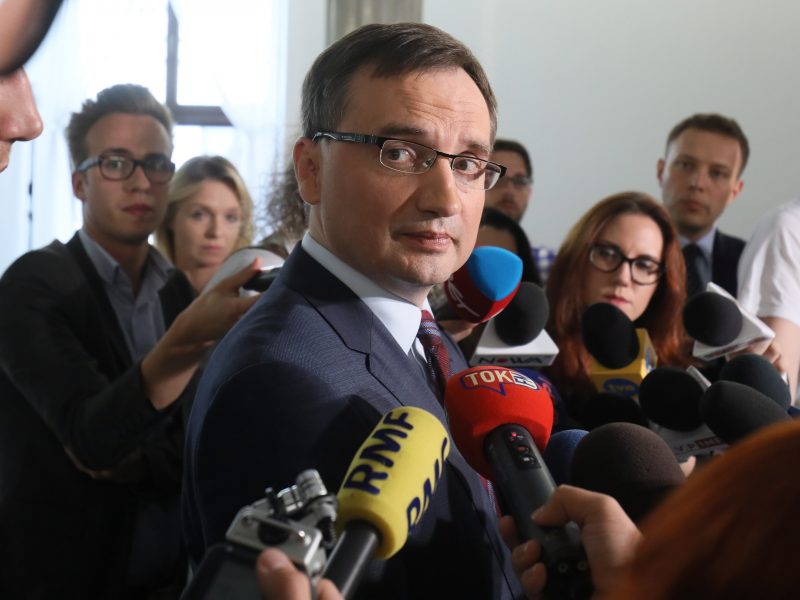 Apart from blocking the disbursement of COVID recovery funds to Poland, the commission might press ahead with a new and yet-to-be-tested enforcement tool to suspend funding for states deemed violating key values enshrined in European laws.

Other countries in the bloc could revive a stalled probe into the undercutting of democratic rights in Poland, which could go all the way to suspending Warsaw’s vote in the bloc. But that is unlikely.

The Brussels-based commission could also launch a new legal case against Warsaw for violating EU laws. It could culminate in the European Court of Justice (ECJ) slapping penalties on the Polish government.

“This is a harmful myth which the opposition substitutes for its lack of ideas on the proper position of Poland in Europe,” he said.

EU Industry Commissioner from France Thierry Breton said he did not believe “for one second” there would be a “Polexit”.

EU membership support remains overwhelmingly high in Poland, the largest ex-communist country in the bloc and a top beneficiary of financial aid from the union meant to help poorer members catch up in development with the wealthier ones.

Ratings agency Moody’s estimates Poland has received net EU funding worth 2% of its national GDP per year on average since joining the bloc in 2004 and that the figure earmarked for 2021-27 amounted to about 3.2%.

“The dispute is credit negative. Poland is a substantial net beneficiary of EU funding, which has been a key driver of growth and convergence with EU income levels,” said Steffen Dyck, Vice President, Senior Credit Officer at Moody’s.

Poland would thus hurt its economic potential and forfeit support for its debt situation, it added. Poland could get €23 billion in free grants and €34 billion in cheap loans under the recovery funding available for EU countries.

The EU Commission also said on Monday it would send a payment request to Poland for penalties due over a lignite mine in Turow, next to the Czech border, which Prague says damages the environment on its side of the frontier. 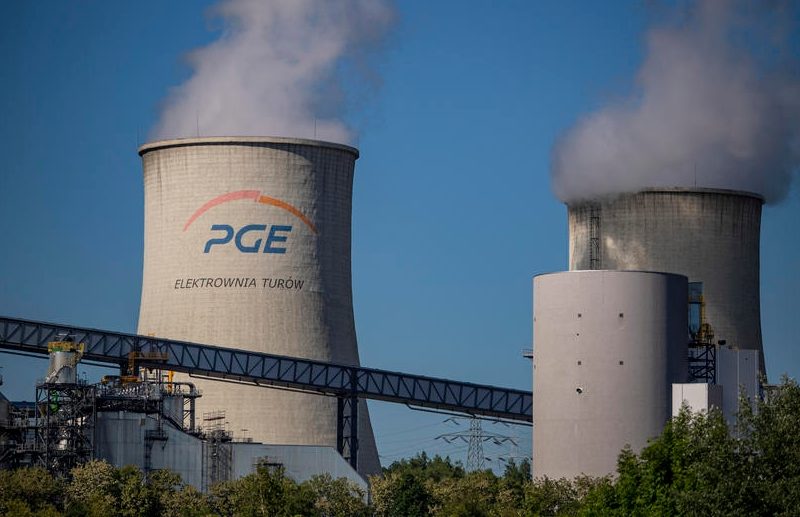 In a rare development in the EU, Warsaw ignored a May ruling by the ECJ ordering it to stop activities at the mine, leading the Luxembourg-based tribunal on 20 September to slap daily fines of €500,000 on Poland until it complies and ceases mining.

One response to “Jourova: EU ‘will start collapsing’ unless it takes on Polish challenge”