European Commission President Jean-Claude Juncker said on Tuesday (7 May) it was “totally unacceptable” to link fellow top EU official, Donald Tusk, with tyrants Joseph Stalin and Adolf Hitler, as has been done by Polish state TV.

Tusk, a former Polish prime minister and an arch-rival of the nationalist Law and Justice (PiS) party now ruling in the largest eastern EU state, gave a long speech in the capital Warsaw last week, offering a stinging critique of the government. 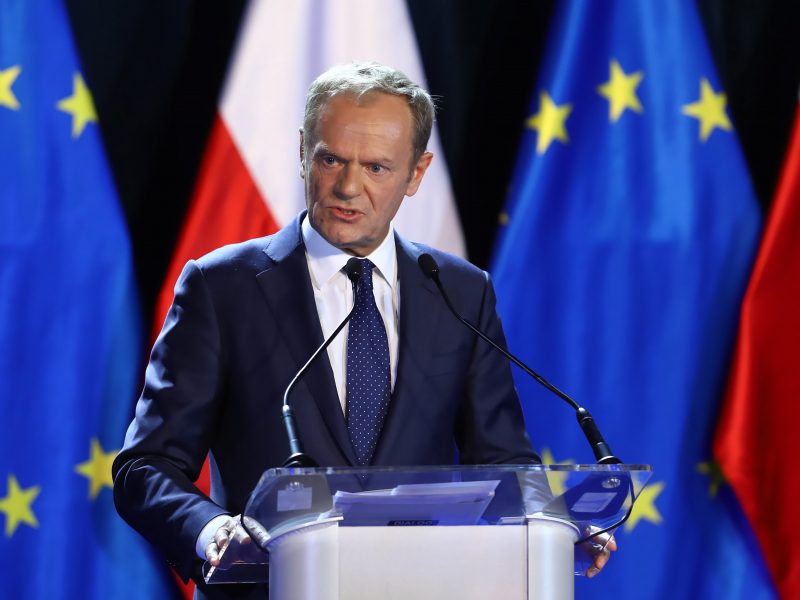 He told the ruling eurosceptics to stop flouting the rule of law and Poland’s constitution amid speculation that he was eyeing a return to Polish politics after his EU term runs its course at the end of November.

Poland’s state TV broadcaster – put on a tight leash since the PiS came to power in late 2015 – reacted with a clip seeking to discredit Tusk as a politician who pursues German, rather than Polish national interests.

Yesterday, in the main news program of the state TV the footage of Hitler&Stalin was added to the report on Tusk's speech at the Warsaw University 👇👇 pic.twitter.com/APaW2Ly1N1

Next to Tusk’s, the clip included pictures of Stalin and Hitler, whose Soviet Union and Nazi Germany invaded Poland in 1939. Their brutal occupation during World War Two claimed millions of lives.