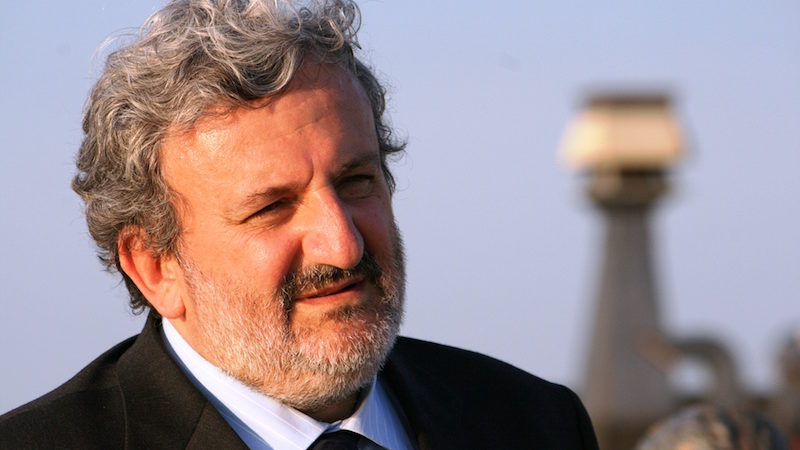 Michele Emiliano, the leftist president of the southern region of Puglia, said on Tuesday (21 February) he would challenge former Prime Minister Matteo Renzi for the leadership of Italy’s ruling Democratic Party (PD), which faces a damaging split.

Emiliano, 57, made the announcement at a meeting of the PD’s executive where he launched a stinging attack on Renzi, who resigned as party leader on Sunday (19 February) to pave the way for a leadership contest.

Emiliano had been expected to quit the PD altogether and his decision to stay and challenge Renzi is the latest twist in internal battles that are threatening to tear the party apart just a year before a national election.

“I am running because this party is my home and nobody can kick me out,” said Emiliano, a plain-speaking former prosecutor with a strong following in Italy’s poor southern regions.

Former Italian Prime Minister Matteo Renzi called yesterday (13 February) for a leadership contest in his ruling Democratic Party, opening the way for a showdown with his many enemies in the PD ahead of approaching national elections.

He accused Renzi of manoeuvring to get rid of his internal critics and trying to organise an artificially rapid leadership contest to exploit his “dominant position” and not give rivals time to campaign properly.

Renzi, who did not attend Tuesday’s meeting, wants to hold a party congress and wrap up the leadership competition by the end of May. His opponents say the process should last until July at the earliest, and ideally until the autumn.

Opinion polls among PD voters suggest that if the contest were held today Renzi would easily beat all potential rivals.

The PD has been in turmoil since Renzi resigned as prime minister in December after losing a referendum on proposed constitutional reforms. A vocal minority accuse him of an autocratic leadership style and say he has dragged the party too far to the right. They also blame him for a series of setbacks in local elections.

Despite Emiliano’s criticism, Renzi may well prefer to have him as an internal opponent rather than as the leader of a potentially significant breakaway movement.

Emiliano and other PD leftists, including former party leader Pier Luigi Bersani, had threatened to leave the party to set up a new grouping which polls suggest could rob the PD of between 6% and 10% of voting support.

Two of the most prominent dissidents, lower house deputy Roberto Speranza and the Tuscany regional President, Enrico Rossi, said they were disappointed by Emiliano’s decision but would forge ahead with the plan without him.

“We are going to build a new political force which is stronger in terms of policies and ideology,” Rossi said.

The PD divisions are a boost to opposition parties led by the anti-establishment 5-Star Movement, which polls say is backed by around 30 percent of Italians, roughly level with the PD.

Italy’s dismissal of Matteo Renzi’s reform package sent a clear signal to the other member states that Rome is incapable of solving its economic woes alone, researcher Dr Paweł Tokarski said in interview with the SWP.