The first formal primary in Hungary’s history, for Budapest’s mayoral election, wrapped up on Wednesday (26 June) as the opposition joined forces to try to wrest political leadership in the capital from Prime Minister Viktor Orbán’s Fidesz party.

Right-wing strongman Orbán’s nationalist agenda has ruffled feathers around Europe but helped him score seven consecutive landslide election wins since 2010 at national, municipal and European parliament level – partly because the opposition has been plagued by infighting.

At least in Budapest leftist parties – taking a leaf out of the political playbook of opposition forces to nationalist governments in Turkey and Poland – will now rally around a single candidate in October’s municipal elections.

On Wednesday, in a pre-election ballot overseen by activist groups, voters from leftist parties in the city chose 44-year-old liberal sociologist Gergely Karácsony to represent them.

“Hungary got a taste of debate, of a democracy that still exists, that parties can cooperate,” he told a news conference. “The city got a chance to show that it wants something other than Fidesz.”

Budapest is home to about a fifth of Hungary’s 10 million citizens, but it is responsible for more than a third of its economic output and plays an outsized role in all walks of national life.

The initiative there has parallels with events abroad.

Turkey’s political status quo was upset this month in Istanbul, where a rerun mayoral election confirmed an opposition victory in a blow to President Recep Tayyip Erdoğan, an ally of the Hungarian leader. 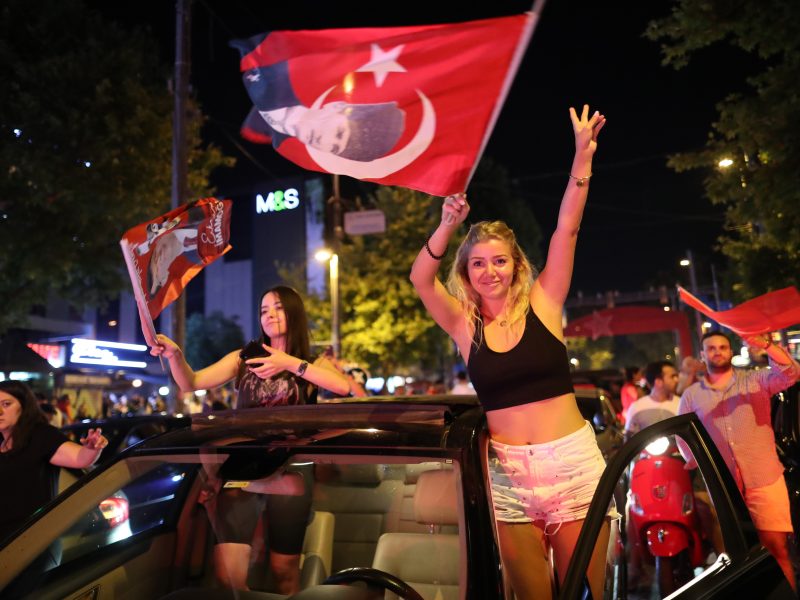 Ekrem Imamoğlu of the Republican …

Last autumn in Poland, opposition gains in large cities laid bare the shortcomings of another Orbán-allied government, with which the high-profile Warsaw mayor has since clashed on gay rights and other politically divisive issues.

Analyst Peter Kreko from think tank Political Capital said the Budapest primary was a small step in the right direction for the Hungarian opposition, and a Publicus Institute polls last week gave Karácsony a 46% approval rating against 48% for incumbent mayor István Tarlós.

Parties have united informally behind single candidates in some other cities and more such agreements are likely before the October elections.

Former prime minister Ferenc Gyurcsany, whose Democratic Coalition party opposed Karácsony, said before the results came in that he would support any candidate in Budapest.

“The capital’s winner can win the country… All must support the winner. We will. The opposition will have a single mayoral candidate,” he wrote on Facebook.

But Kreko said building on any municipal successes to unseat Orbán in the next national election in 2022 would be a tall order.

“Fidesz is more popular than ever,” he said. “The opposition may win in cities but I would not bank on a seismic shift. These are multi-player games, and I expect less than flawless cooperation among the opposition.”