An economist and political novice, Gitanas Nauseda, took the lead in the first round of Lithuania’s presidential election on Sunday (12 May) and will face Ingrida Simonyte, a conservative ex-finance minister, in a 26 May runoff coinciding with the European elections.

Centre-left Premier Saulius Skvernelis vowed to would quit in July after he was eliminated from the runoff having come in third place.

""The failure to get into the second round is an assessment of me as a politician," #Lithuania PM Skvernelis said.

Conceding that “the failure to get into the second round is an assessment of me as a politician,” Skvernelis told public broadcaster LRT that he would tender his resignation.

Nauseda, promising to seek the political middle-ground and build a welfare state, scored 31.07% of the vote, according to near complete official results.

“I want to thank all the people who took to their hearts our message that we want a welfare state in Lithuania and we want more political peace,” Nauseda told reporters in Vilnius.

The 54-year-old is seeking to bridge the growing rich-poor divide in the former Soviet republic of 2.8 million people, which joined the European Union and NATO in 2004.

“Nauseda has a greater chance to attract votes that went to other candidates, especially from the left,” Vilnius University analyst Ramunas Vilpisauskas told AFP.

In all, nine candidates ran in the first round vote. EU health Commissioner Vytenis Andriukaitis was fourth with slightly more than 5% of the vote.

1415 of 1972 polling sites are declaring the results in Lithuania's presidential elections. Skvernelis concedes defeat ahead of the run-off between Šimonytė and Nausėda on the 26th May. #Rinkimai2019 #Lietuva @vzinios pic.twitter.com/4sAkvxuA4B

In second place, Simonyte, who is popular with wealthy, educated urban voters, garnered 28.73% of the vote while resonating with the rural poor, Skvernelis’s populist approach took 21.24% support, with returns from 99.27% of polling stations, official results showed.

Simonyte, 44, a technocrat who also warns against deepening inequality and the rural-urban divide, has vowed to reduce it by boosting growth further.

Simonyte said she would resist “populism” during her second-round campaign and seek support from political forces “with consistent views that do not try to be on the right with one leg and the left with the other.”

Lithuanian presidents steer defence and foreign policy, attending EU and NATO summits, but must consult with the government and the prime minister on appointing the most senior officials.

Popular incumbent President Dalia Grybauskaite, an independent in her second consecutive term, must step down due to term limits.

The politician nicknamed the “Iron Lady” for her strong resolve has been tipped as a contender to be the next president of the European Council.

Both Nauseda and Simonyte are strong supporters of EU and NATO membership as bulwarks against neighbouring Russia, especially since Moscow’s 2014 military intervention in Ukraine.

Analyst Vilpisauskas said that both Nauseda and Simonyte are very likely to opt for continuity in foreign and defence policy.

“With Nauseda, there can be some tactical changes when it comes to communication with neighbours but the strategical line is unlikely to change.”

Although Lithuanian presidents do not directly craft economic policy, bread and butter issues and tackling corruption dominated the campaign.

Lithuania is struggling with a sharp decline in population owing to mass emigration to Western Europe by people seeking better opportunities.

Despite solid economic growth, a recent EU report noted that almost 30% of Lithuanians “are at risk of poverty or social exclusion” and that this risk is “nearly double” in rural areas.

Robust annual wage growth of around 10% has raised the average gross monthly salary to €970 but poverty and income inequality remain among the highest in the EU, largely due to weak progressive taxation. 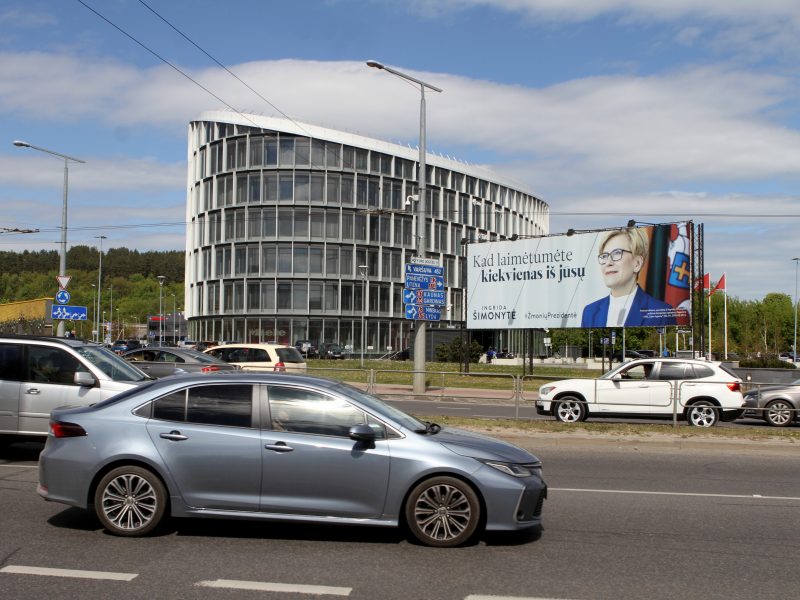 For all its economic growth, income inequality and poverty are top election issues as Lithuanians vote on Sunday (12 May) for a new president in round one of a tight race in the Baltic eurozone state.

Brussels has urged Vilnius to use solid growth fuelled mostly by consumption to broaden its tax base and spend more on social policies.

Nauseda voter Feliksas Markevicius said he wanted the new president to help emigrants to return to home to Lithuania.

“We need to improve living conditions because many people are forced to work abroad,” the pensioner told AFP after voting in Vilnius on Sunday.

Voter turnout tallied at 54.96% at the close of voting on Sunday, according to the Central Elections Commission.

The runoff will be held simultaneously with the European elections.

More on European elections in Lithuania on EUnewsLithuania.com.