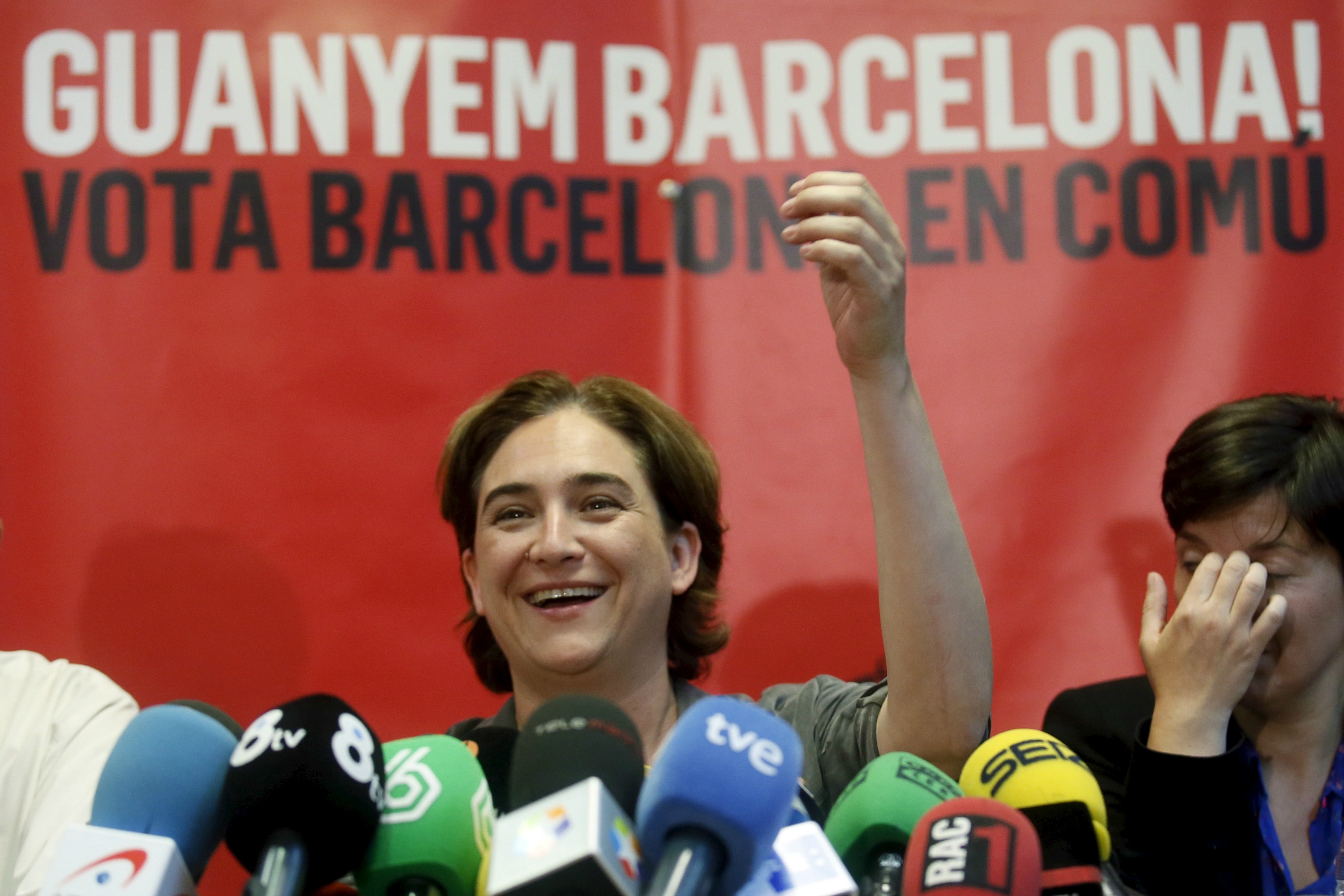 Two new forces, anti-austerity Podemos and market-friendly Ciudadanos, made strong gains in Spain’s local and regional elections on Monday (25 May), overturning a two-party system that has seen the PP and rival Socialists alternate in power since the end of dictatorship 40 years ago.

The two parties, which have alternated in government for nearly four decades, captured a combined 52% of the vote nationwide, down from 65% four years ago.

They lost support to new upstart parties, the centre-right Ciudadanos party which went national in 2013 and the anti-austerity Podemos, an ally of Greece’s Syriza, which was set up last year. The two parties were born out of the “Indignado” (“Outraged”) protests that swamped Spain’s streets during the economic crisis.

More than 22 percent of people in Spain were living in poverty in 2013, the year the country’s recession officially ended, new official data showed Tuesday.

After the economic crisis, Spain’s unemployment rate remains extremely high and the government has acknowledged that the recovery has yet to reach the poorest.

Underlining the new economic data, Podemos came in third place in 12 of the 13 Spanish regions that voted on Sunday, alongside more than 8,000 towns and cities, boosted by its promise to fight economic inequality and corruption.

Ciudadanos came in third place in the municipal elections, the first time it has fielded candidates for mayor.

In Barcelona Ada Colau, who became a household name in Spain after she led a movement against housing evictions during the crisis, was elected mayor in a historic victory that she described “as a victory for David over Goliath”.

Colau’s force Barcelona en Comú, an ally of Podemos, won 11 of the 41 seats at the municipal assembly, beating the incumbent Xavier Trias, a conservative Catalan separatist.

“This does not mean that we can’t have occasional agreements on key issues” with other parties, she added.

Former Communist to be elected mayor of Madrid

Retired judge and former Communist Party member Manuela Carmena, from the Podemos-backed coalition Ahora Madrid (Madrid Now), took 31.8% of the vote in the mayoral race in Madrid. Carmena is poised to become the next mayor of the country’s capital if she reaches an alliance with the candidates from the Spanish Socialist Workers’ Party (PSOE).
Ahora Madrid captured 20 seats in the municipal assembly, just one less than the Popular Party which has governed the Spanish capital for over two decades.

If it forms an alliance with the Socialists, who won nine seats, Ahora Madrid will have a majority.

Pedro Sanchez, the leader of the Socialists at the national level, said his party would ensure that “progressive governments” emerged from the local elections.

“We are seeing a fascinating evolution which could lead to an update of the political system, which is more plural, just as Spanish society is more diverse,” said Narciso Michavila, who heads the GAD3 polling firm.

Three-quarters of Spanish voters, 76%, would prefer to see the Popular Party and the Socialists share power with other parties at the national level, according to a recent Metroscopia poll.

“Citizens are ready for this new politics of negotiation, of pacts, of agreements, those who appear not to be ready for it are politicians,” said Juan Toharia, the head of Metroscopia.

Spain has little tradition of compromise politics and the results of the polls will likely lead to weeks of negotiations.

“In Spain, the one who captures the most votes feels he is entitled to govern, even without an absolute majority,” said Jose Ignacio Torreblanca, senior fellow and head of the Madrid office of the European Council of Foreign Relations.

Even Spain’s new parties seem to have a hard time adapting to the new approach.

The leader of Podemos, pony-tailed political science professor Pablo Iglesias, has set as its target the winning of the next general election.

The head of Ciudadanos, Albert Rivera, said Monday, “the age of absolute majorities is over” and insisted on the need for agreements between parties.

But at the same time, he ruled out entering into coalitions that his party would not lead.

The difficulty that parties will have in reaching pacts can already be seen in Spain’s most populous region, Andalusia, which held its parliamentary elections in March.

Two months later, the Socialist candidate, who won the most votes, still has not been able to persuade the other parties to let her govern with a minority in the regional assembly.

Jose Fernandez-Albertos, a political scientist at state research institute CSIC, said he “did not rule out at all the possibility that certain regions will have to call fresh elections, due a failure to reach an agreement on forming a government”.