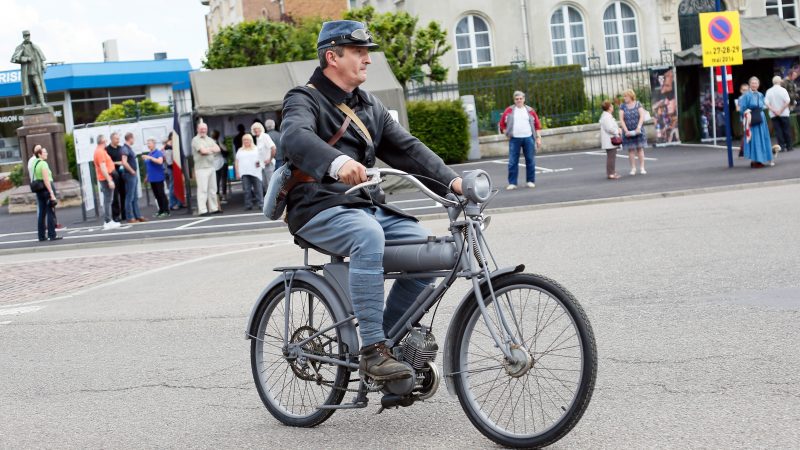 File photo. A man drives a World War I motorbike in the streets of Verdun, France, 27 May 2016, two days before the official ceremony marking the Centenary of the Battle of Verdun, in Verdun and Douaumont. [EPA/EFE/MATHIEU CUGNOT]

France’s transport ministry hit the brakes on an order for the nation’s army of motorbikers to get their machines tested every two years, after President Emmanuel Macron got wind of the plan.

“Now is not the time to bother the French public,” said an aide to the president who asked not to be identified, adding that the government was “already asking a lot” during the Covid crisis.

A decree had been issued on Wednesday (11 August) ordering regular roadworthiness tests for motorbikes from 2023, in a long-delayed move to bring France into line with EU legislation.

Macron’s move to rescind a decree issued by his own government comes after four weekends in which hundreds of thousands have taken to the streets in anger over new rules obliging everyone to show a “health pass” to enter cafes or travel on inter-city trains.

The latest measure had sparked fury among bikers’ associations, which have shown their willingness in the past to stage their own mass protests.

“The ministry agreed with the federations to meet after the (summer) holidays for a broad exchange over the different issues,” a ministry spokeswoman told AFP.

The so-called technical control, which has been in place for cars in France since 1992, would have been required every two years for the motorbikes.

In the spring, thousands of motorcyclists had demonstrated across France against the proposed implementation of the technical control, asking the government to win an exemption from the European directive.

Jean-Marc Belotti of the Federation of Angry Motorcyclists said he was satisfied with the u-turn.

“We’ll see if we can provide solutions in terms of road safety,” he added.

Bikers say technical failures are more often the result of inattention, late reactions or speeding rather than technical issues.

Figures from the far-right National Rally had also piled into the controversy, with leader Marine Le Pen accusing the government on Twitter “of submitting — again! — to the European Union by adopting this new constraint”.

Some road safety groups had welcomed the move, saying it was particularly needed in an age where motorbikes and scooters were being used in the booming home food delivery sector.