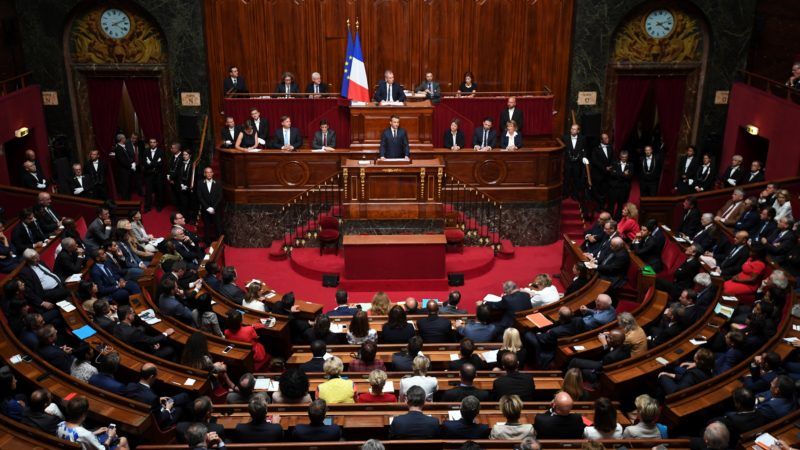 French President Emmanuel Macron said on Monday (3 July) that after a “cruel decade” of crisis-management, European Union leaders needed to reform the bloc to fight Euroscepticism among the public.

“I firmly believe in Europe, but I don’t find this scepticism unjustified,” Macron told French lawmakers in a rare joint session of parliament in Versailles.

The 39-year-old president, who defeated anti-euro far-right leader Marine Le Pen last May, reiterated in his speech a campaign proposal to launch “democratic conventions” – or public debates – in European countries to discuss the future of the European Union.

“France must take the initiative. I want to do it thanks to the close cooperation I have already started with the German Chancellor,” Macron said, in a 90-minute speech to both houses of parliament.

The conventions would take the form of national debates on the EU and would be aimed at “refounding Europe”.

Macron’s aides had said that, by bringing parliament’s 925 lawmakers to the 17th century palace built outside Paris by Louis XIV – the ‘Sun King’ – the president was seeking to restore old-fashioned grandeur to the role.

Macron himself has said he plans a “Jupiterian” presidency – as a remote, dignified figure, like the Roman god of gods, who weighs his rare pronouncements carefully. It would be a marked break from his unpopular and often-mocked predecessor Francois Hollande’s man-of-the-people style.

Macron, whose centrist platform has routed both the traditional right-wing and left-wing parties of government, is not the first French head of state to convene a so-called Congress of both houses, though past presidents have tended to use it in times of crisis or for constitutional reforms.

“By the end of this year, and on this basis, we will launch democratic conventions all across Europe. It will be up to each one of us to sign up to it or not.” He added that there would be no time for “quick fixes”.

Germany’s Angela Merkel and Macron agreed in May to draw up a roadmap to deeper European Union integration and opened the door to changing the bloc’s treaties to facilitate ambitious reform.

And at the 22-23 June EU summit they said that treaty change should not be an obstacle to carrying out the necessary reforms. 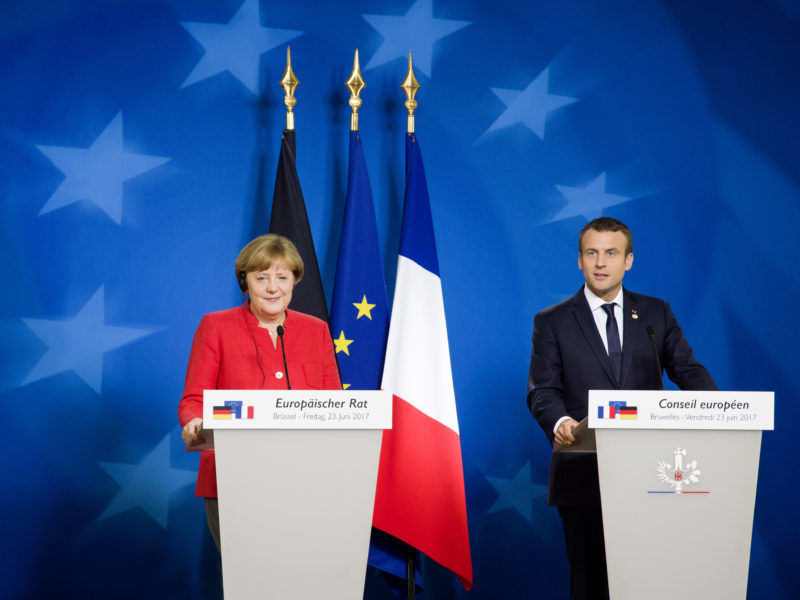 Macron said on Monday that the European Union had “lost its way”, calling for a “new generation of leaders” to revive the bloc.

“The building of Europe has been weakened by the spread of bureaucracy and by the growing scepticism that comes from that,” Macron said. “The last ten years have been cruel for Europe. We have managed crises but we have lost our way.”

Indeed, from 2008 onwards, the European Union had to deal with successive crises, of which none has been solved: the eurozone crisis, the Ukraine crisis, the refugee crisis, as well as the rise of populism, which illustrates the crisis of the political elites. A typical feature of populists in Europe is their anti-EU agenda.

“I believe firmly in Europe,” Macron said. “But I don’t find the scepticism unjustified”, the French President said, adding that the “tyranny of agendas and timelines and technical twists and turns” should be overturned.

He said Britain’s vote last year to leave the European Union was a “symptom” of a “failure… that we must have the courage to face head-on.”

Macron said that he wanted to cut the number of lawmakers by a third, curb the executive’s role in naming magistrates, and introduce a “dose” of proportional representation.

Emmanuel Macron brought MPs to Versailles to tell them he’s firing a third of themhttps://t.co/CjlJ04GvmV pic.twitter.com/MBBgjGzV1H

“I want all these deep reforms that our institutions seriously need to be done within a year. These reforms will go to parliament but, if necessary, I will put them to voters in a referendum.”

Opposition lawmakers from three parties including the far-left France Unbowed boycotted Macron’s address, and about 100 Communists wearing the red caps of the French revolutionaries of 1789 demonstrated in front of Versailles’ town hall.

“Mr Macron is a challenge to democracy,” said Nicole Coulbaut, a 65-year old retired teacher and Communist activist. “For him, it’s not parliament or the people who govern, but himself, Jupiter.”