French President Emmanuel Macron during his speech at the research university RWTH Aachen (University or Rheinisch-Westfaelische Technische Hochschule) after receiving the Charlemagne Prize (Karlspreis), in Aachen, Germany, 10 May 2018. [Sascha Steinbach/EPA/EFE]

French President Emmanuel Macron’s party is seen easily outperforming its rivals in next year’s European Parliament elections, the first poll on the issue showed on Wednesday (16 May), which could give a boost to his EU reform plans.

The 40-year-old French president lacks clout in the European legislature, where some of his plans to reform the European Union may stand or fall, because his start-up party has no formal representation there.

His Republic on The Move party and center-right Modem allies are seen winning 27% of the votes to elect France’s EU lawmakers in May 2019, the Ifop poll for Valeurs Actuelles magazine showed.

That’s ahead of Marine Le Pen’s far-right National Front which, with 17% of the votes, would lose its current status as the biggest French parliamentary contingent in the European legislature.

Even if it came ahead in France, Macron’s party would still need to forge alliances with like-minded parties from other countries to crack the current dominance of the conservative EPP and Social-Democrat PES at the Strasbourg-based parliament.

It is still unclear if Macron’s party would join an existing group in the European Parliament, as the centrist ALDE, or would try to form its own group with other like-minded forces. 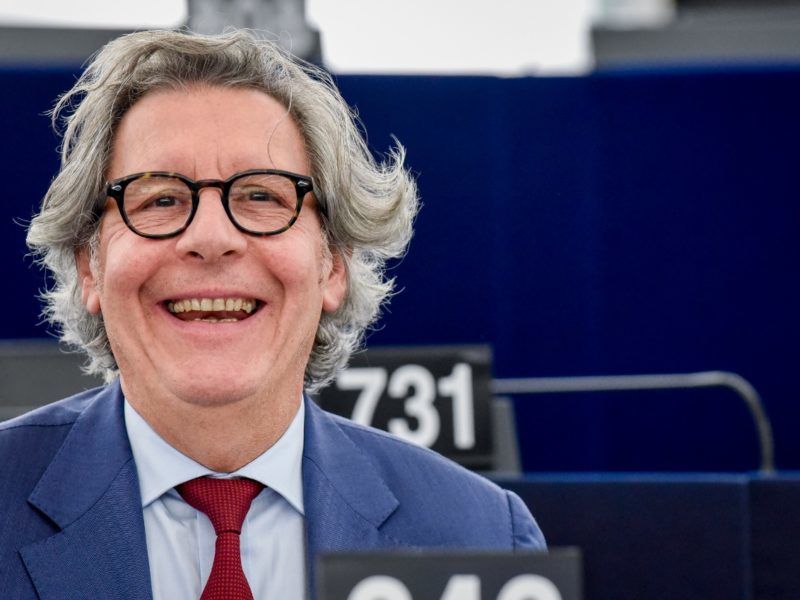 Macron has seen his popularity drop sharply since his election a year ago, but he benefits from the opposition’s fragmentation and weaknesses.

The conservative The Republicans would win 15% of the votes, and the far-left France Unbowed (France Insoumise) 14%, with other parties in the low single digits.

When he first laid out his thinking on reforms, Macron talked about creating a sizeable separate budget for the 19 countries that share the single currency, appointing a single finance minister and converting the bloc’s emergency rescue fund into something more akin to a European monetary fund.

German Chancellor Angela Merkel has praised Macron for his ideas but poured cold water on some of them, especially those that may result in Germany taking on more risk. 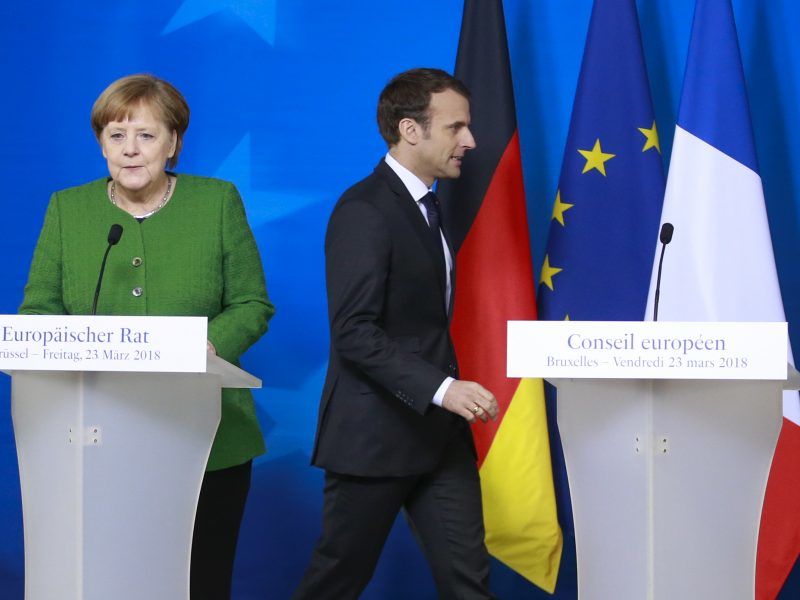