Emmanuel Macron has reiterated his goal of overhauling the European political landscape. Whether this involves creating a new party or joining forces with the liberals, a lot of obstacles lie in his way. EURACTIV.fr reports

Macron has his eye on Brussels. During a two-hour question and answer session with the Elysee Press Corps, Macron reiterated his ambition to reshape European politics.

Emmanuel Macron hopes to overcome this right-left split during the next European elections in May 2019, the first in which his “La République en Marche” (LREM) party will take part. According to the results his party scored in the last elections (presidential and parliamentary), LREM should hope to obtain between 20 to 30 MEPs.

“It’s entirely possible to set up your own group and I believe that European reformists have a vocation to federate around them other movements,” stated Macron during the session.

This is a risky venture since the French need to find a number of allies in order to have any power in the Parliament, given that a parliamentary group needs a minimum of 25 MEPs from seven different member states. To be able to seriously compete with the two great political forces with respectively 217 and 189 MEPs, the road ahead is even longer.

Another possible option would be to join forces with the Alliance of Liberals and Democrats for Europe (ALDE), the party closest to Macron’s political philosophy, and the one that many view as LREM’s natural partner.

However, the French president does not seem to favour this option.

“At present, Emmanuel Macron does not hold his weight in European politics. He refuses to join ALDE since he wants to do something new, even though they are clearly in line with his convictions,” stated Phillipe Lamberts, co-chair of the Greens/European Free Alliance (Greens/EFA).

“Macron belongs with ALDE, but he also wants to gain some followers from the EPP and  the socialists,” he added. 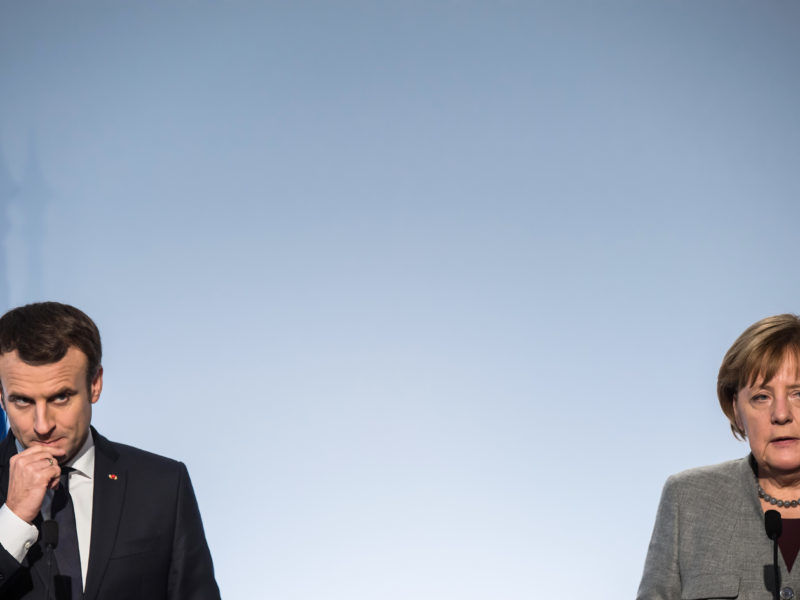 Macron’s s relations with ALDE are, however, already well established as he is close to the Belgian Prime Minister Charles Michel, as well as his Luxembourgish counterpart, Xavier Bettel, whose parties are both affiliated with ALDE.

How LREM will be represented in the Parliament is even more important for Macron since, with the Spitzenkandidate system, European political parties now have a say in appointing candidates for the Commission’s presidency.

A democratic step forward which links the outcome of the European elections with the appointment of the Commission president, who have previously been nominated by heads of state and government.

Macron already voiced his opposition to the Spitzenkandidate system, arguing against the automatic right of the party with the greatest number of MEPs to choose the President of the European Commission, as was the case for Jean-Claude Juncker in 2014.

But to have a say, the French president will have to present a major political family, and the current state of affairs is far from that.