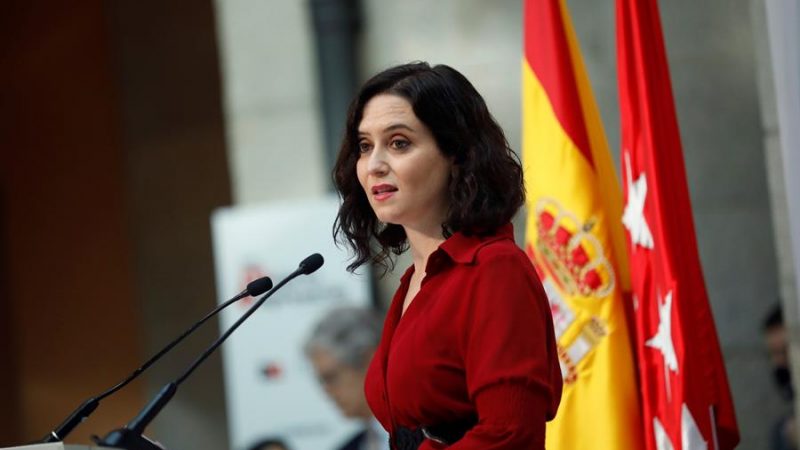 Voters in Madrid are gearing up to cast their ballots in a hotly contested regional election on Tuesday (4 May) with several polls predicting a clear victory for Spain’s centre-right Popular Party (PP), EURACTIV’s partner EFE reports.

However, even if the party were to emerge victorious, PP candidate and incumbent regional president Isabel Díaz-Ayuso would need the support of the far-right VOX party to remain in office, current polling suggests.

PP and VOX are projected to together obtain 71 of the 132 seats in the regional chamber, a solid block to govern alone, a poll conducted by DYM for daily 20 Minutos predicts.

Doubts remain over whether VOX candidate Rocío Monasterio would be part of the new regional executive, or whether she would only give her party’s support to the PP.

The same poll shows any potential coalition of left-wing forces composed of socialist party PSOE, the left-wing Unidas Podemos, and Más Madrid would only obtain 65 seats, which would not be enough to govern.

The left has not governed in the Madrid region since 1995. Socialist Joaquín Leguina was the first, and so far the only left-wing politician to occupy that position between 1983 and 1995.

The ‘sorpasso’ of Más Madrid?

All polls published last week predict that centre-right party Ciudadanos may not even obtain more than the required 5% threshold required to enter Madrid’s regional parliament.

Moreover, a new survey published for Spain’s public radio and television RTVE predicted a huge increase in support for Más Madrid candidate Mónica García at the expense of PSOE’s candidate Ángel Gabilondo. Still, this would not be sufficient to secure the left’s victory.

Díaz-Ayuso’s campaign defended its values of economic liberalism and low taxes and showcased its management of the COVID-19 pandemic.

However, the opposition left-wing block attacked the regional government for missteps in the pandemic, stressing the lack of sufficient support for the badly hit tourism and hospitality sectors. The left-wing block also defended the key role of public services in easing the crisis.