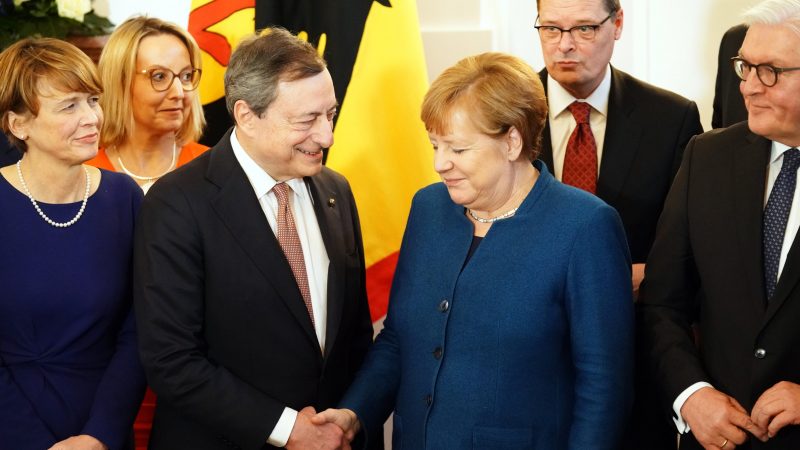 German Chancellor Angela Merkel (2-R) shakes hands with the former President of the European Central Bank (ECB), Mario Draghi (2-L) after his award with the Order of Merit in a ceremony at Bellevue Palace in Berlin, Germany, 31 January 2020. [Felipe Trueba/EPA/EFE]

The former head of the European Central Bank was called in by Italy’s president on Tuesday (2 February) to help resolve a political crisis that has threatened the ability of the eurozone’s third largest economy to confront two concurrent crises — the ongoing coronavirus emergency, and a punishing recession.

It is widely expected that President Sergio Mattarella will ask Draghi to take over as prime minister on Wednesday.

He may be the man for the moment.

“Never give up,” he said in October 2019 as he handed the reins of the ECB to Christine Lagarde. 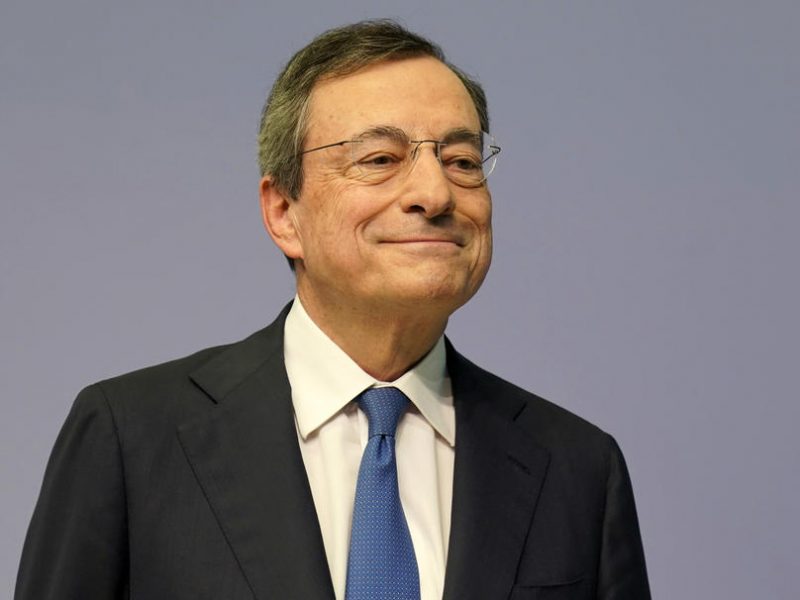 Questioned then what was next and whether politics held any appeal, he responded cryptically: “I really don’t know, I’ve said it several times. Ask my wife, she knows more”.

For weeks, political watchers have cited Draghi as a top choice for leading Italy out of its current problems.

“He would certainly be able to lead Italy out of the crisis, with the support of the country and the parliament.”

Draghi was named to head the ECB in November 2011, succeeding Frenchman Jean-Claude Trichet in a eurozone shaken by the debt crisis.

The threat of the bloc’s implosion hung over his tenure, alongside worries that the sovereign debt crisis in Greece would spread to other countries.

But under Draghi’s leadership, the ECB took measures unthinkable when the euro single currency was launched in 2000: cutting interest rates to negative territory, and injecting liquidity into the markets through massive asset repurchases.

Draghi was born in Rome on 3 September 1947, and is married with two children.

He holds a degree in economics and a doctorate from the Massachusetts Institute of Technology (MIT) and is an economics professor at several Italian universities.

After spending six years at the World Bank from 1984 to 1990, he became director general of the Italian treasury in 1991, a position he held for ten years under nine separate governments, masterminding a number of privatisations during that period.

In 2002, he joined the management of Goldman Sachs before being tapped three years later to lead the Bank of Italy after a scandal involving its former head, Antonio Fazio.

In January 2021, a citizens’ movement demanded that the economist nicknamed “Super Mario” take the reins “to save Italy”. 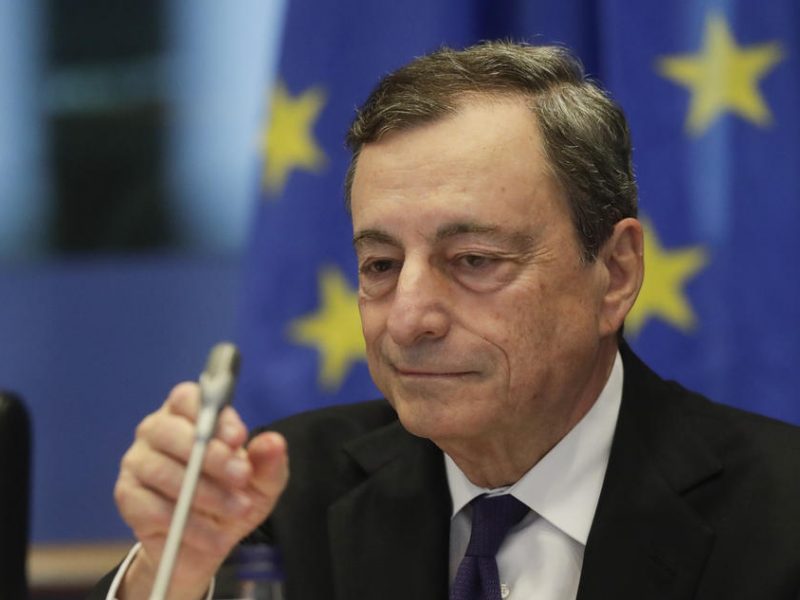