By Samuel White | EURACTIV.com with AFP and Reuters

Prime Minister Theresa May has come under mounting pressure over security just days ahead of the UK’s general election. Her opponents say cuts she spearheaded as home secretary have left Britain more vulnerable to terrorism, after three attacks in less than three months.

Seven people died and dozens were left injured in a terrorist attack in London on Saturday night (3 June). 18 people are still in a critical condition.

The attack, claimed by the Islamic State group, saw three men wearing fake suicide vests use a white van to mow down people on London Bridge and then slash and stab revellers enjoying a Saturday night in the bustling Borough Market area.

Election campaigning resumed on Monday after being suspended for a day. But following the recent spate of terrorist attacks, May’s poll lead has tightened further.

The aftermath of Saturday night’s rampage, which left seven dead and dozens wounded, has dominated the campaign trail ahead of Thursday’s general election. 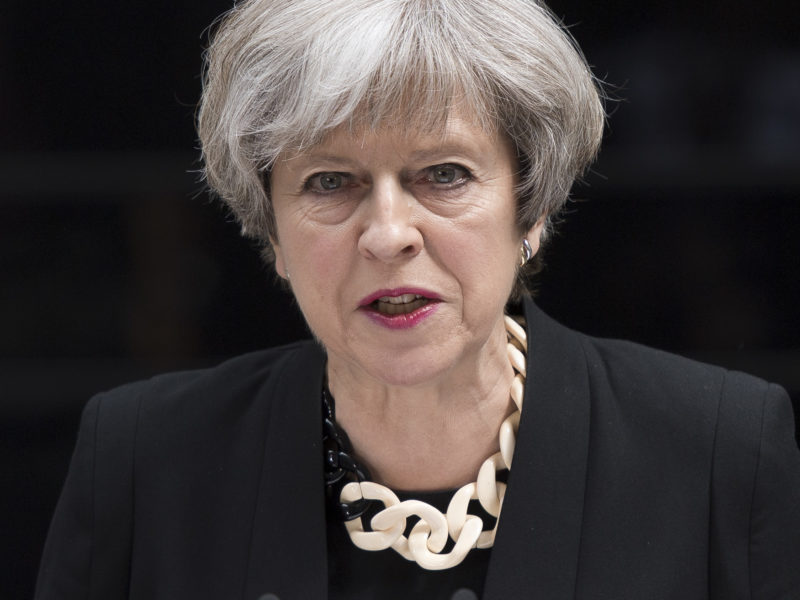 Labour leader Jeremy Corbyn said he would support calls for May to quit, as she had overseen a sharp reduction in police numbers in her past job as interior minister.

London Mayor Sadiq Khan, who found himself the target of abuse from US President Donald Trump following the attack, joined in criticism of the Conservative government’s record on security.

“It’s just a fact that, over the last seven years, we as a city have lost 600 million pounds from our budgets. We have had to close police stations, sell police buildings, and we’ve lost thousands of police staff,” said Khan, a member of the Labour Party.

With wind in sails, Corbyn wins hearts in Brexit town

Dismissed by right-wing commentators as a communist relic early in the campaign, Labour leader Jeremy Corbyn is staging something of a comeback and winning support in a country still struggling with austerity.

With two days to go before the election, the latest Survation poll put the Conservatives’ lead at just 1%, down from 17% at the start of the campaign.

The government had been warned of the dangers of deep policing cuts as early as 2015. Former Manchester community police officer Damian O’Reilly told then Home Secretary May at the 2015 Police Federation conference that “changes that have been imposed have caused community policing to collapse. Intelligence has dried up. There aren’t local officers, they don’t know what’s happening. They’re all reactive, there’s no proactive policing locally.”

Britain’s counter-terrorism police chief Mark Rowley named two of the three slain perpetrators of Saturday night’s (3 June) attack in London as Khuram Butt, a British Pakistani, and Rachid Redouane, who claimed to be Moroccan and Libyan, revealing that Butt had been known to security services.

After London attack, Facebook says aims to be 'hostile environment' for terrorists