It brings together two right-wingers enamoured of US President Donald Trump and with a disdain for the left-leaning liberal global order bankrolled, as they see it, by the likes of Soros, the US financier and philanthropist.

Netanyahu, fresh from a contentious visit to France, will on Wednesday meet premiers of the Visegrad Group – Poland, Slovakia and the Czech Republic plus Hungary – that has been increasingly at odds with the rest of the EU.

“All these states are very pro-Israel,” Raphael Vago, an expert on eastern Europe at Tel Aviv university, told AFP. “They vote in our favour at the European Union and the United Nations.”

Netanyahu’s trip to Hungary, the first by an Israeli prime minister since the end of communism in 1989, comes with tempers flaring over Orbán’s campaign vilifying the Hungarian-born billionaire Soros.

Posters attacking him for his alleged support of mass immigration – some daubed with “Stinking Jew” graffiti – have further upset Hungary’s over 100,000-strong Jewish community, one of Europe’s largest. 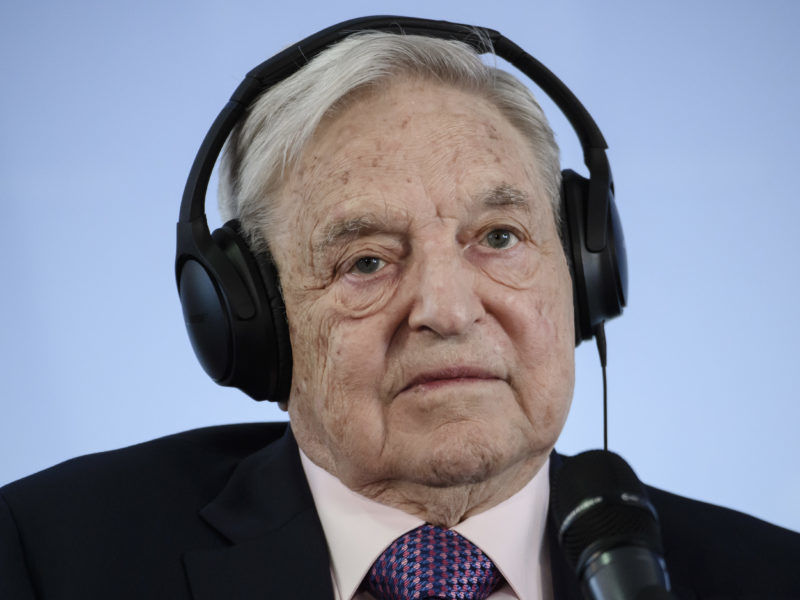 US billionaire George Soros hit back yesterday (11 July) at a Hungarian government anti-immigration poster and media campaign that he said uses “anti-Semitic” imagery.

They have often accused Orbán, in power since 2010, of turning a blind eye to anti-Semitism or even encouraging it with nationalist rhetoric that analysts say is aimed at staving off a rise in for the far-right, a charge the 54-year-old denies.

Critics have long suspected Orbán of trying to rehabilitate Horthy, who oversaw the sending of over a half million Jews to the Nazi death camps, by tacitly encouraging new memorials of Horthy and other interwar figures.

In 2014, Hungary’s biggest Jewish organisation Mazsihisz boycotted state commemorations of the 70th anniversary of the 1944 deportations over concerns the government was “whitewashing” the state’s complicity.

But Orbán is at pains to stress his “zero tolerance” of anti-Semitism, his supporters pointing to a new law outlawing Holocaust denial and state funding for Jewish-themed films like Oscar-winner “Son of Saul”.

“No government has done more to fight anti-Semitism in Hungary,” his spokesman said in a blog post on Thursday.

Soros, who hid from the Nazis in Budapest as a boy, said that the posters, plastered nationwide, used “anti-Semitic imagery”.

His spokesman said they were “reminiscent of Europe’s darkest hours”. The head of Mazsihisz called the campaign “poisonous”.

Orbán insisted they were not about the 86-year-old’s Jewishness but the “national security risk” posed by his wish to “settle a million migrants” in the European Union.

Netanyahu, 67, whose relations with the EU are strained too, is also scornful about Soros because of his support for both Israeli and Palestinian rights groups critical of Israel’s government and the occupation.

Some in Israel called for Netanyahu to cancel his Hungary trip because of the posters – which will be down by the time he arrives – with Israel’s ambassador saying it “evokes sad memories (and) sows hatred and fear”.

While Israel “deplores” anti-Semitism, Soros “continuously undermines Israel’s democratically elected governments by funding organisations that defame the Jewish state and seek to deny it the right to defend itself,” it said.

“Connecting Soros to the migration issue is the (Hungarian) government’s aim, but it is a problem for Orbán if the campaign is seen as anti-Semitic,” political analyst Csaba Toth told AFP.

“So the Netanyahu visit helps him as it bolsters his claims that the Soros campaign is not.”