Mélenchon revives debate over nuclear’s supposed ‘volatility’ ahead of election 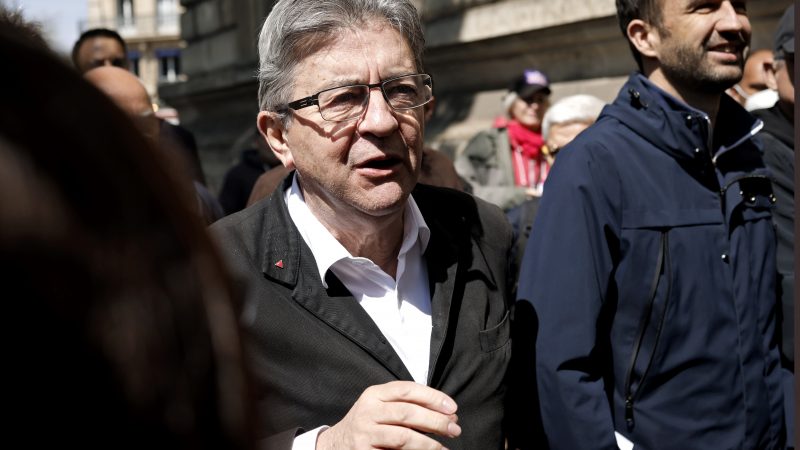 French far-left leader Jean-Luc Mélenchon has reiterated his opposition to nuclear ahead of the first round of the legislative elections this weekend, adding that he will maintain his stance if he is nominated to be prime minister. EURACTIV France reports.

Nuclear is “the most intermittent source of energy” today, Mélenchon, the leader of the recently formed left-wing alliance (NUPES) told broadcaster France Inter in an interview on Tuesday (7 June).

Half of France’s nuclear reactors have been forced to close, and are expected to remain so over the summer, due to high temperatures and disruptions in uranium supplies following the war in Ukraine.

“It is common for reactors to produce less in the summer to adapt to water conditions,” he said, in reference to lower river flows. With water being necessary to cool reactors, the reduction in energy production “avoids contributing to the drying up and heating up of rivers,” he added.

While acknowledging that nuclear plants are currently “under pressure,” de Temmerman emphasised that “there is no problem of safety” or supply security, and that all the shutdowns are “planned and organised.”

According to him, there is, therefore, “no intermittency” – unlike with renewable solar and wind energy.

According to May figures compiled by France’s electricity transmission system operator RTE, wind power production varies by a factor of four depending on weather conditions. Production went from a low of 2,177 megawatts (MW) to a high of 8,335 MW, varying from 1 to 16% of total French electricity production.

Solar power production is also intermittent as it can only be collected during daylight. 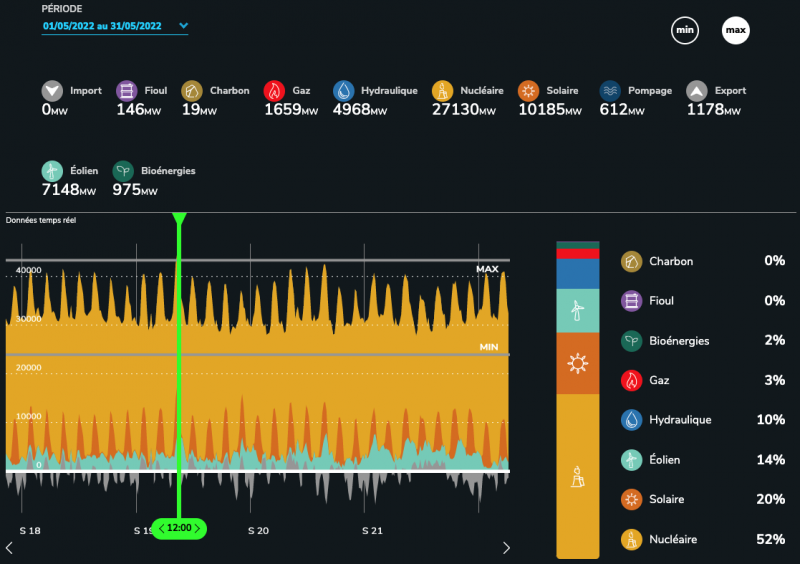 French electricity production in May

For an energy source not to be intermittent, it must be able to be controlled and produced according to need. Phuc-Vinh Nguyen, a researcher in French and European energy policy, told EURACTIV that this is not the case for current nuclear reactors.

Nuclear energy is indeed controllable. During the month of May, it provided between 51% and 72% of the country’s electricity production, even though at the time, 27 of the country’s 56 nuclear reactors were shut down.

Of the nuclear reactors currently out of service, 12 are being checked for possible stress corrosion problems. For now, energy giant EDF has confirmed that this currently affects piping in the auxiliary circuits of the Civaux 1, Chooz 1 and Penly 1 reactors.

This has raised concerns about safety levels at France’s nuclear facilities.

While France’s nuclear safety authority found that the safety of nuclear installations was maintained at a “satisfactory” level in 2021, the organisation called for such issues to be placed at the centre of energy policy-related decisions – or at least at the same level as questions linked to decarbonising energy production.

But production levels have been at a historical low since the start of the year.

“The difference compared to a normal month of May is of the order of 10 to 15 gigawatts (GW), it is considerable,” RTE’s executive director Thomas Veyrenc said in Le Monde.

From around 48 GW in January for an installed capacity of 61.4 GW, the capacity of France’s reactors fell below the 30 GW mark in May. 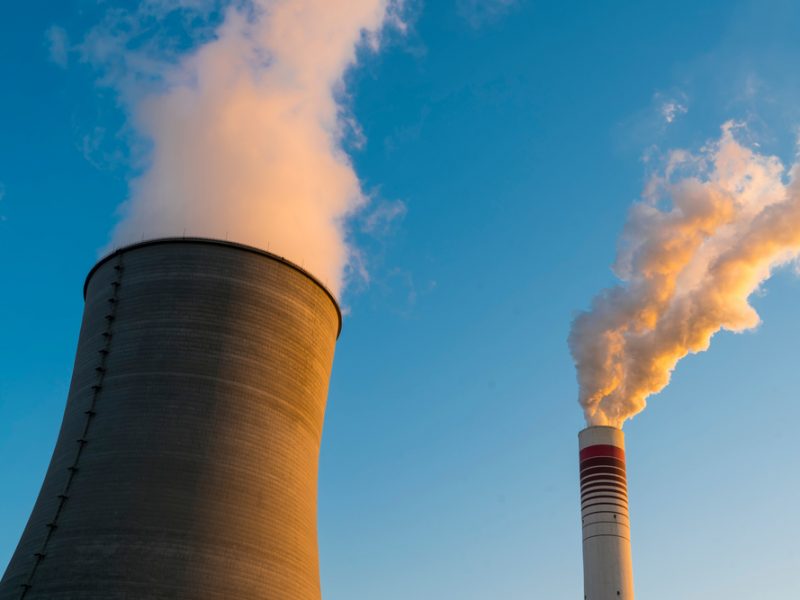 The high share of nuclear power in Slovakia’s energy mix, the capacity of the transmission network and the negative perception of the population, are the main reasons for the slow development of renewable energies in Slovakia, an analysis published by …

Two years’ worth of reserves

On uranium stocks, de Temmerman said that “EDF has two years of fuel stocks, which allows us to see what is coming,” confirming the figures of the French Nuclear Energy Society.

Moreover, according to a report by uranium producer Orano, the country of France overall has an estimated 20 years’ worth of reserves.

However, the report was published before the start of the war in Ukraine and Orano operates in seven countries, including three in Central Asia, meaning it could likely face problems across transit routes as referred to by Mélenchon.

These are mainly resources from Kazakhstan, the world’s largest supplier of uranium, accounting for 41% of production in 2018 according to a 2020 report by the International Energy Agency (IAEA) and the OECD’s Nuclear Energy Agency (NEA).

It should be noted that Russia is also a producer, supplying 5% of the world’s uranium. However, since Orano is not currently involved in Russian operations, the French fleet remains shielded from geopolitical risks related to Russia.

Orano is also active in Namibia, Gabon, Niger and Canada – countries where the war in Ukraine has had a lesser impact on supply.

France sourced 34.7% of its uranium from Niger in 2020, and 9.9% from Australia, while Kazakhstan and Uzbekistan provided up to 55% of French supplies, according to information from the Euratom Technical Committee obtained by Le Monde.

“There is enough stock for several years and France has enough different suppliers not to be caught unprepared,” researcher Nguyen also said. 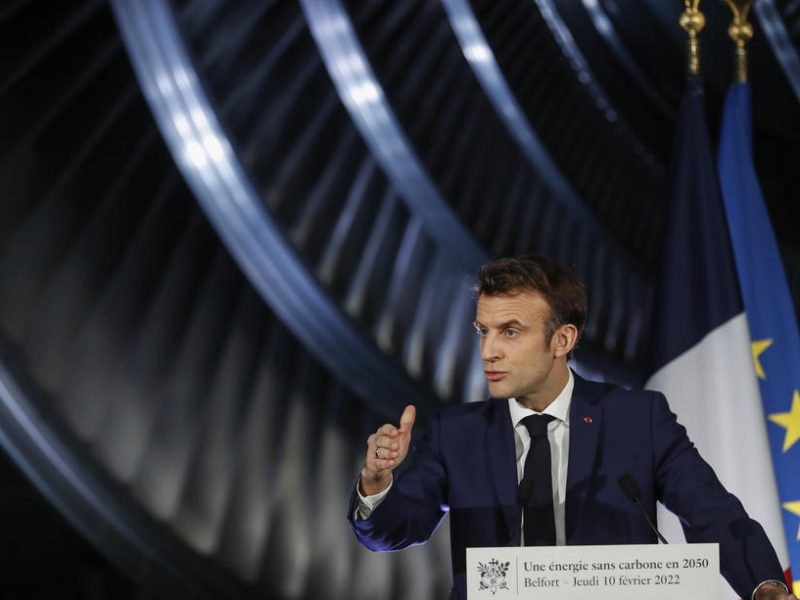 To maintain the current power levels of French nuclear plants, a total of 14 nuclear reactors would have to be built by 2035 – which is as many as the multi-annual energy programme plans to shut down.

However, according to Mélenchon, “it is not reasonable to build 14 more reactors”.

In 2017, Emmanuel Macron, first as a candidate and then as president, said he was in favour of reducing the share of nuclear in the country’s energy mix – an announcement in line with the 2015 law on the energy transition adopted by the previous president’s term when Macron was an economy minister in former President François Hollande’s cabinet.

The French president has since changed his mind, however.

On 12 October 2021, he introduced his France 2030 plan, which mentions the development of new nuclear reactors, particularly small and modular ones, known as “SMRs”.

The president reiterated and enhanced his ambitions on 9 November 2021, announcing on television that “for the first time in decades, we are going to relaunch the construction of nuclear reactors in our country” without saying how many or how this would be achieved.

In its report on the Pressurised Water Reactor (PWR) sector, the French Court of Auditors found it necessary to confirm the technical and financial gains of this reactor technology before initiating a new development plan. 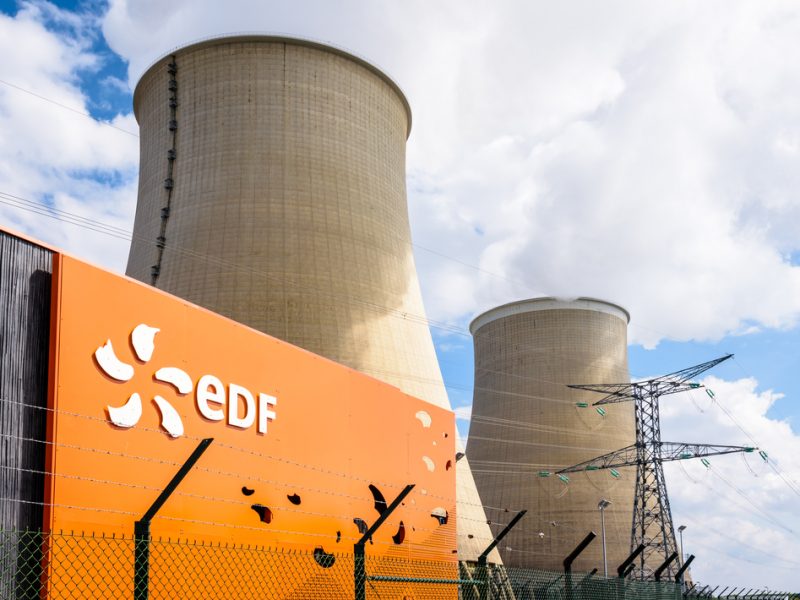 French presidential election: Future of nuclear power and EDF down to voters

Both Emmanuel Macron and Marine Le Pen, the candidates that qualified for the second round of the French presidential election, support the revival of nuclear energy. However, they differ in their ambitions, strategies and modus operandi. EURACTIV France reports.

Nuclear power in the green taxonomy

Given concerns about gas and oil supplies caused by the war in Ukraine, policymakers are increasingly looking toward electrification.

Nuclear power could thus be a solution.

France and its allies, for example, wish to incorporate nuclear power into the European green taxonomy, which defines which investments can be qualified as “green”.

The European Parliament is due to vote in July on a European Commission proposal to incorporate nuclear and gas into the taxonomy, under certain conditions.

However, several MEPs sitting in the parliament’s environment and economic affairs committees, currently working on the legislative texts, said on Wednesday that they would reject the proposal to incorporate nuclear and gas into the taxonomy during a committee vote scheduled for 14 June.

Uncertainty, therefore, hangs over the future of the sector in Europe ahead of the vote on the text in the European Parliament’s plenary session in early July.

As the leading producer and consumer of nuclear electricity in Europe, France is at the forefront of this issue.

In response to such uncertainties, Nguyen proposes a rethink of “our relationship with energy, in which nuclear power is only one component. In this sense, he encourages decision-makers to promote “a societal debate involving citizens” on the future of energy.