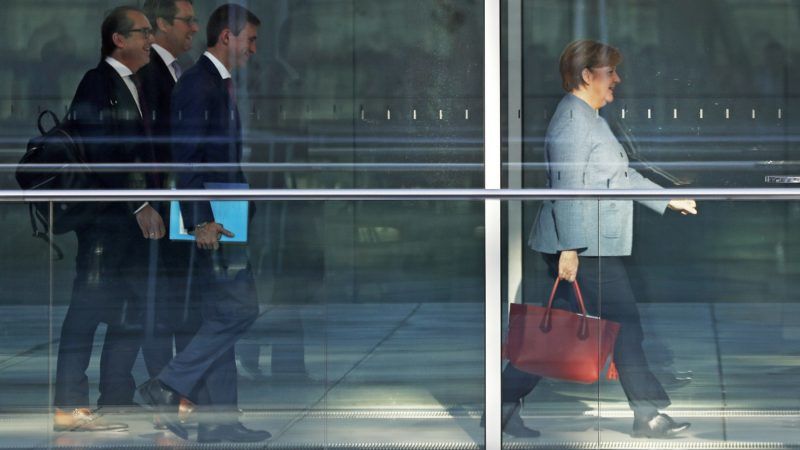 Merkel’s conservatives, who bled support to the far-right Alternative for Germany in a 24 September election, are trying to forge an alliance with the pro-market Free Democrats (FDP) and the left-leaning Greens which is untested at the national level. 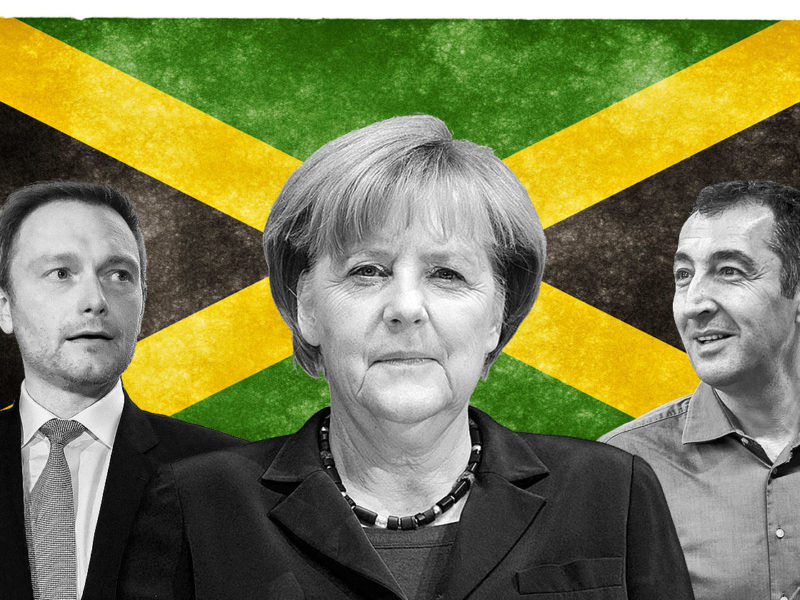 Speaking ahead of a meeting in which party leaders were expected to sum up progress made so far and bridge some gaps, Merkel said all parties had first exchanged their views and then consolidated the approaches by highlighting their differences.

“Now in this third phase, the task is to find compromises,” Merkel said, adding that there was still a lot of work to do.

“But from my point of view, a solution can be reached with goodwill,” Merkel said. “If this will be achieved, we’ll not know before the end of the week, however.”

FDP leader Christian Lindner put the onus on Merkel’s Christian Democrats (CDU) and her Bavarian CSU allies, saying his party and the Greens had already given ground.

“The Greens and the FDP have moved. Now it’s up to the conservatives to show some flexibility. I assume there is goodwill from all sides,” Lindner said.

Katrin Goering-Eckardt from the Greens said she wanted to see a leap from the other negotiation partners. But CSU leader Horst Seehofer declined to comment when asked by reporters what compromises he was willing to offer.

The Greens made concessions on Tuesday by no longer insisting on fixed dates to ban cars with combustion engines and to shut down coal-fired power stations.

The FDP gave ground by accepting more modest income tax cuts than an election campaign pledge of up to €40 billion in relief. Lindner also dropped an election manifesto pledge to phase out the ESM eurozone bailout fund. 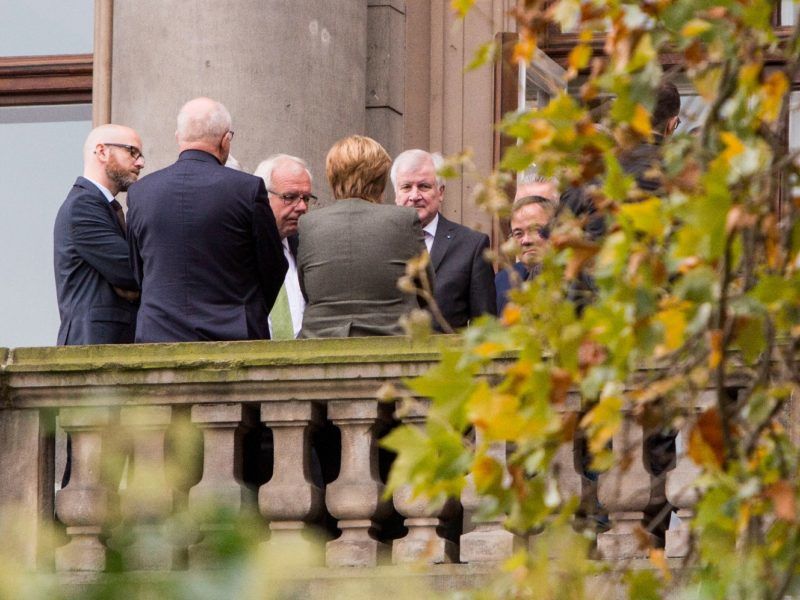 Merkel wants to have an agreement in principle by 16 November on moving ahead to formal coalition negotiations to form a black-yellow-green government – dubbed a “Jamaica coalition” because the parties’ colours match those of that country’s flag.

With less than a week to go, the exploratory coalition talks are not only complicated by the differences between the parties, but also by splits within the political parties themselves – especially within the conservatives and Greens.

A breakdown of the talks could mean fresh elections in Germany, Europe’s biggest economy, since the Social Democrats (SPD) – the second biggest party – have made clear they have no appetite for joining another ‘grand coalition’ under Merkel.

A survey by Emnid for Bild am Sonntag showed only 30% would vote for Merkel’s CDU/CSU bloc if there were a federal election this Sunday, down 1 percentage point.

This is the lowest reading for the conservatives in this survey since October 2011 and marks a slump in support since the election, in which Merkel’s bloc won 32.9%. 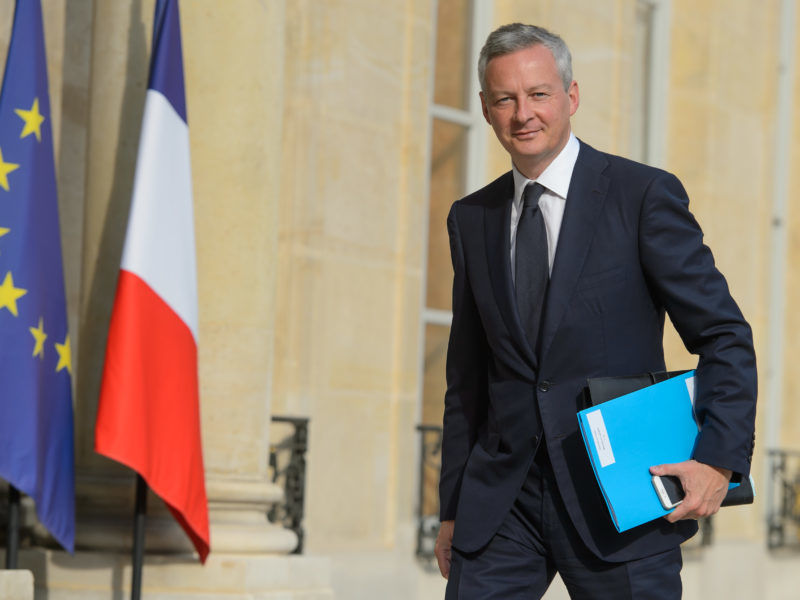 French Minister of Economic Affairs Bruno Le Maire’s meeting with ‘Jamaica’ coalition negotiators in Berlin on Wednesday (8 November) was not a coincidence. From the French point of view, President Emmanuel Macron’s eurozone plans might be threatened by the formation of the new German government. EURACTIV Germany reports.

Touching on one of the thorniest issues, Merkel said on Saturday that Germany should lead the fight against climate change and cut emissions without destroying industrial jobs.

Merkel’s comments, made in her weekly podcast and in the middle of talks on limiting global warming attended by about 200 nations in the western German city of Bonn, highlighted the dilemma facing the centre-right leader in the negotiations.

While the CDU/CSU and the FDP want to spare companies from additional burdens, the Greens want to spell out which measures the next government will implement for Germany to reach its 2020 goal of lowering emissions by 40% from 1990 levels.

Due to strong economic growth and higher-than-expected immigration, Germany is at risk of missing its emissions target without any additional measures. 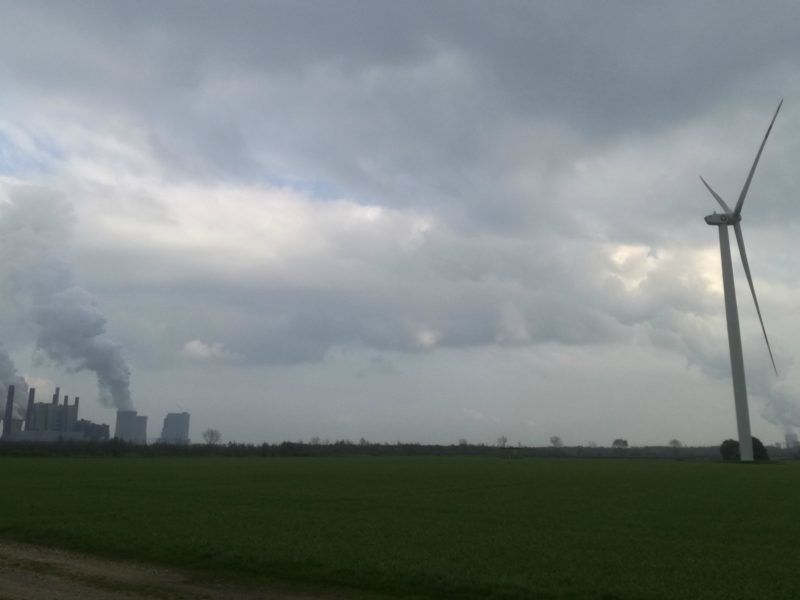