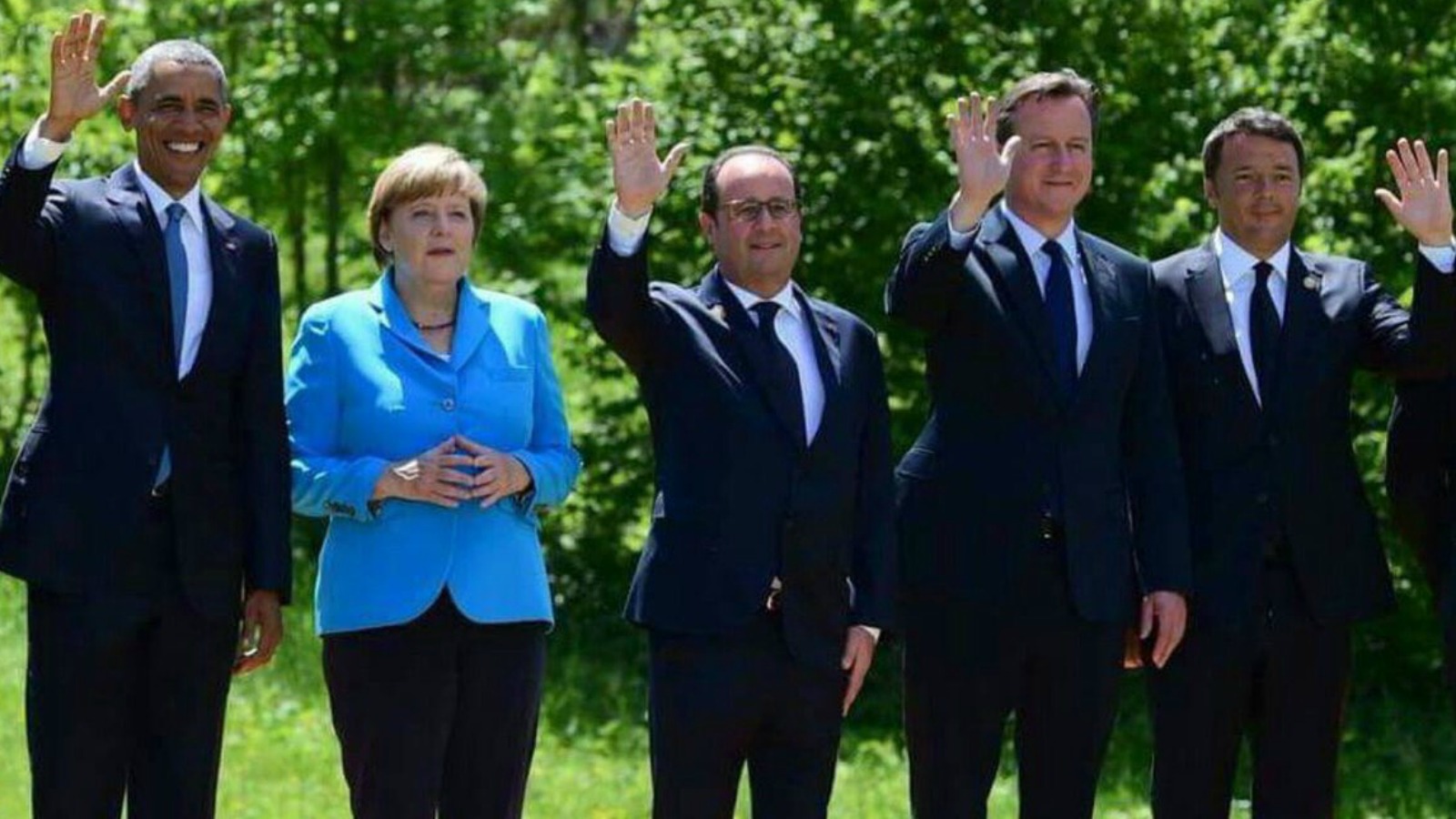 Merkel with world leaders at the G7 summit in Germany in 2015. She's the only one likely to stay past 2017. [Reuters]

Chancellor Angela Merkel will rally her conservatives at a party conference today (6 December) to gird for a German election next year that she expects to be “tough like no other”.

Seeking a fourth term in office, Merkel must unite her Christian Democrats (CDU) and try to recapture some of her personal popularity, undermined by the crises that have rocked Europe.

Italian Prime Minister Matteo Renzi’s referendum defeat on Sunday and the impending departure of French President François Hollande underline Merkel’s status as Europe’s most experienced leader, but she needs to win back disgruntled voters at home.

The CDU has seen its support eroded by the far-right Alternative for Germany (AfD), which has profited from popular concern about the infux into Germany last year of around a million migrants, many fleeing war in the Middle East.

“We know our world is changing. It always has been. Anyone who promises to be able to stop that isn’t being honest,” said CDU Secretary General Peter Tauber.

“What we are promising is to turn this change in a good direction for our country.”

With Britain poised to leave the EU, Russia testing the NATO alliance and southern Europe’s economies struggling, the CDU will debate a main resolution entitled: “Orientation in difficult times – for a successful Germany and Europe”.

The conference is in Essen, a former industrial hub where unemployment is at 11.6%, twice the national average. It is where Merkel was first elected CDU party chairwoman in 2000.

Returning to Essen, Merkel, aged 62 and chancellor for 11 years, must rally her party to fight off the social media-savvy AfD while also appealing to the centre ground.

Since declaring last month she would seek a fourth term, her conservatives have gained support.

A survey by pollster Emnid published on Sunday showed support for the conservative bloc – Merkel’s CDU and its Bavarian sister party, the Christian Social Union – rising by 2 points to 37%, the highest level since January.

With her current Social Democrat coalition partners trailing 15 points at 22% as her nearest rivals, Merkel is likely to win the election next September.

But coalition building could then prove difficult, with the AfD likely to enter the national parliament for the first time.

“In Essen, we need to move into fight-mode,” said one CDU official.